The WA Shearing Industry Association (WASIA) will be holding its first general members meeting for 2020 at the Perth & Tattersall's Bowling & Recreation Club, at East Perth on Saturday, January 18. 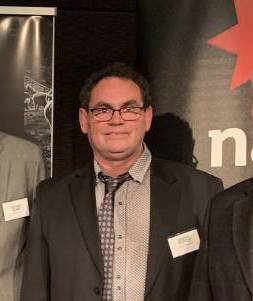 THE WA Shearing Industry Association (WASIA) will be holding its first general members meeting for 2020 at the Perth & Tattersall's Bowling & Recreation Club, at East Perth on Saturday, January 18.

WASIA president Darren Spencer said the association was still finalising some of the speakers but the day was expected to be "full and informative", focussing on the state of the industry and matters of importance to WASIA members.

"We have a range of great speakers on important topics and will release more details as they are confirmed," Mr Spencer said.

He confirmed that Stephen Feign, from Australian Wool Innovation (AWI) and Holly Ludeman, The Sheep Collective, would be speaking and providing training for shearers and shed hands and about sheep handling.

There will be discussion and training on contracts after a few shearers had trouble being paid for their work last year.

"Contracts can give some assurance that they will be paid.

"We had some tough times with dry conditions last year and some of the contractors had some trouble being paid."

Mr Spencer said part of the meeting would run on the back of the two week shearing school that started this week in Northampton, organised by AWI and the Department of Primary Industries and Regional Development (DPIRD) to train young Aboriginal people who were at a high risk of unemployment.

He said Geraldton shearing contractor and local icon Bobby Pepper would be running the program along with AWI trainer Kevin Gellatly.

The shearing school would hopefully be followed up by another one in late March and early April 2020 in the Pingelly/Brookton area where there are also at-risk Aboriginal youth who may benefit from the training and possible work placement opportunity that could follow on from it.

"The training school is funded by AWI and DPIRD predominantely for local Aborigines to benefit from full employment," Mr Spencer said.

"It is also supported by the local elders."

Mr Spencer said he was expecting about 60 people to attend the annual meeting, which was similar to last year.

It has been supported by sponsors Bailiwick Legal, Heiniger, Prime Super and PSC McKenna Hampton.

"It's an opportunity for us to welcome new members and non-members are also welcome to attend," he said.

"And of course we make sure there is plenty of time to network."

Registration commences at 9.30am with morning tea, sessions will start at 10.30am and are expected to conclude at 3pm.