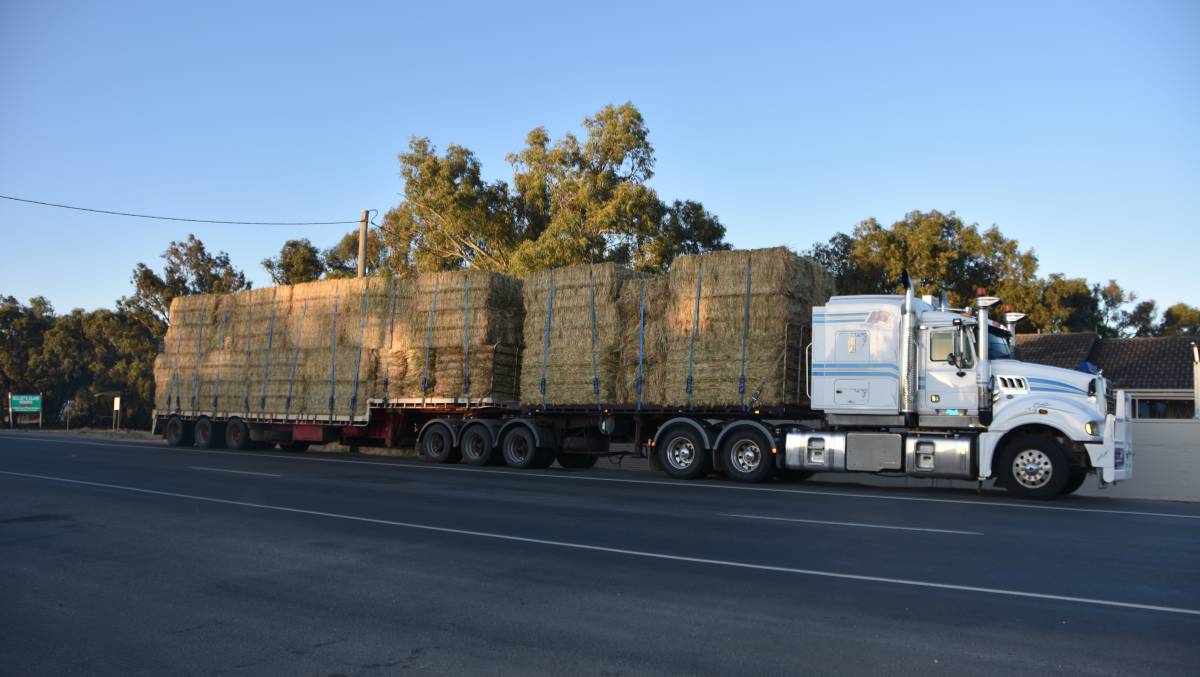 Hay trucks are making their way into fire hit parts of NSW, Victoria and South Australia.

Fodder is beginning to arrive in bushfire hit regions such as the South Coast of NSW and Gippsland and the Upper Murray in Victoria.

The South Coast and Snowy Mountains in NSW, Victoria's Upper Murray and east Gippsland and the Adelaide Hills in SA are some of the hard hit regions where farmers are now receiving critical hay supplies following the devastation of the past month.

As well as this, the NSW Lands Services has opened up some travelling stock reserves for fire-hit farmers, who can access the reserves for free for a period of a week.

The various fodder drives are being co-ordinated by state farmer organisations and private charities such as the Burrumbuttock Hay Runners and Need a Feed.

In Victoria, the Victorian Farmers Federation (VFF) is gathering fodder for distribution in Gippsland and the Upper Murray.

VFF President David Jochinke said work is underway to get fodder to livestock immediately and throughout the recovery stage.

"It is very difficult to access much of the fire zone at the moment, but the VFF is working with other agencies such as Agriculture Victoria and local government authorities to get fodder to where it is needed."

He said the VFF had brokered a deal with the state government to facilitate the transport of the fodder.

This includes reimbursement of freight costs for transport of donated fodder.

Mr Jochinke said it was important that farmers and landowners with fodder to donate or land for agistment contact the VFF as soon as possible.

Meanwhile the Burrumbuttock Hay Runners have already made deliveries into the Upper Murray region, around Corryong.

In NSW, president of NSW Farmers James Jackson said hay was also starting to be delivered to the South Coast.

"The NSW Farmers Dairy committee is reporting that fodder and fuel is starting to make its way to dairy farms on the South Coast, which will be urgently needed," Mr Jackson said.

"Dairy producers on the South Coast have had the most pressing need for immediate support and the DPI and Local Land Services have done a good job getting emergency fodder, generators and fuel into dairy farms in this region," he said.

A fodder distribution point has also been opened at Holbrook race course to support farmers affected by the Dunns Road and Green Valley fires.

Animal and Agriculture Services State Incident Controller Anne Muir said NSW Department of Primary Industries and Local Land Services would open a second fodder distribution point later this week. "With active fires still burning in the area we are choosing fodder distribution points which are safe and central for landholders, and where roads are open to be able to truck fodder in and out," she said. "So far we have provided almost 1000 tonnes of fodder and almost 267KL of water to farmers whose properties or stock have been affected by these horrific fires across south-east NSW.

In South Australia, farmers in the Adelaide Hills have welcomed donations of hay which will help feed cattle confronted by charred paddocks.

Farmer groups are warning that while the immediate focus is on fodder for animals other agricultural sectors will need assistance once the immediate threat of fire has passed.

"The fires have impacted a wide variety of agricultural enterprises in NSW, from oyster sheds on the South Coast to apple orchards in Batlow and Bilpin and honey producers," Mr Jackson said.