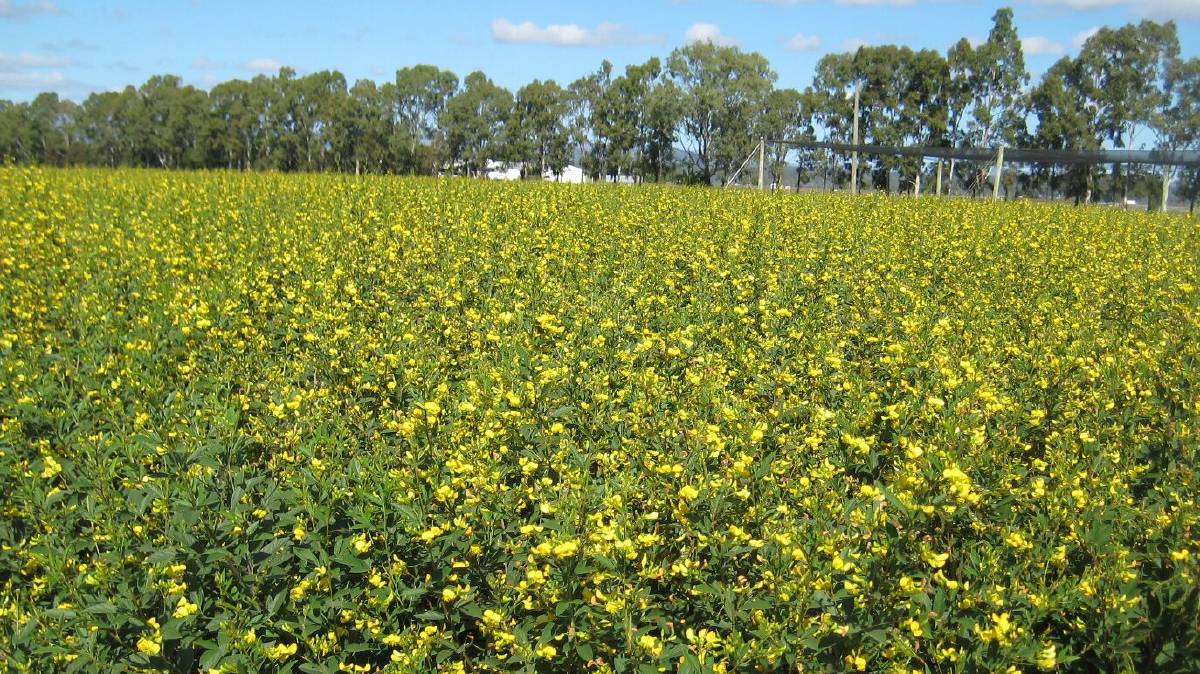 Growing pigeon peas on narrow row spacings may a means to improve crop competition against weeds.

Pigeon peas have some promise in Australian conditions, but learning to better manage weeds will be critical in their commercial success.

Pigeon peas might not be well known in Australia, but there are more than a billion people in Asia and Africa who eat this dried grain legume, known in India as toor, in a variety of dishes, and global demand is high.

This demand is driving renewed interest in the crop, which was introduced to Australia in the 1970s but never developed into commercial production due primarily to its poor competition with weeds and problems with insects.

The major use for pigeon peas in Australian agriculture in the years since then has been as a trap-crop to monitor the incidence of Helicoverpa armigera (pod borer or bollworm) in cotton crops.

However, researchers are once again looking at whether pigeon peas could be commercially viable in Australia.

Leading the way on the weed management front are researchers Gulshan Mahajan, Rao C. N. Rachaputi and Bhagirath Chauhan from the Queensland Alliance for Agriculture and Food Innovation (QAAFI), The University of Queensland at Gatton.

"Pigeon pea is of interest because it is a drought and heat-tolerant summer legume, and provides both grain for human consumption and high quality fodder for livestock," he said.

However, he said answers were needed on how to control weeds in-crop.

"Its slow growth habit is a significant limitation, making the crop very susceptible to yield loss as a consequence of competition from weeds."

It seems in years where it is too dry to use a pre-emergent herbicide effectively, narrow row spacings can help.

In the summers of 2017 and 2018 the researchers tested the effect of row spacing and herbicide applications on crop yield.

Across the two years there was a marked difference in seasonal conditions and weed flora.

In 2017, the only weed present at the site was giant pigweed but following a deep tillage operation there was a more complex community of weeds, particularly grasses, growing at the trial site in 2018.

"At the narrow (25 cm) and wide (50 cm) row configuration, a single application of the pre-emergent (pendimethalin) or a sequential application of pre-emergent and post-emergent (imazapic) herbicide reduced weed biomass and increased yield, compared to the no-control treatment," Dr Chauhan said.

"When the sequential herbicide program was applied, it was equally effective in the narrow, wide and paired row configurations, giving growers more flexibility."

"In seasons where conditions are too dry for the pre-emergent herbicide to be effective and there is a heavier reliance on the post-emergent herbicide alone, or where there are multiple weeds present, having the crop sown on narrower rows provides better weed control and preserves crop yield."

In kinder conditions, Dr Chauhan said the sequential use of herbicides addresses the common problem of multiple flushes of weeds over summer.