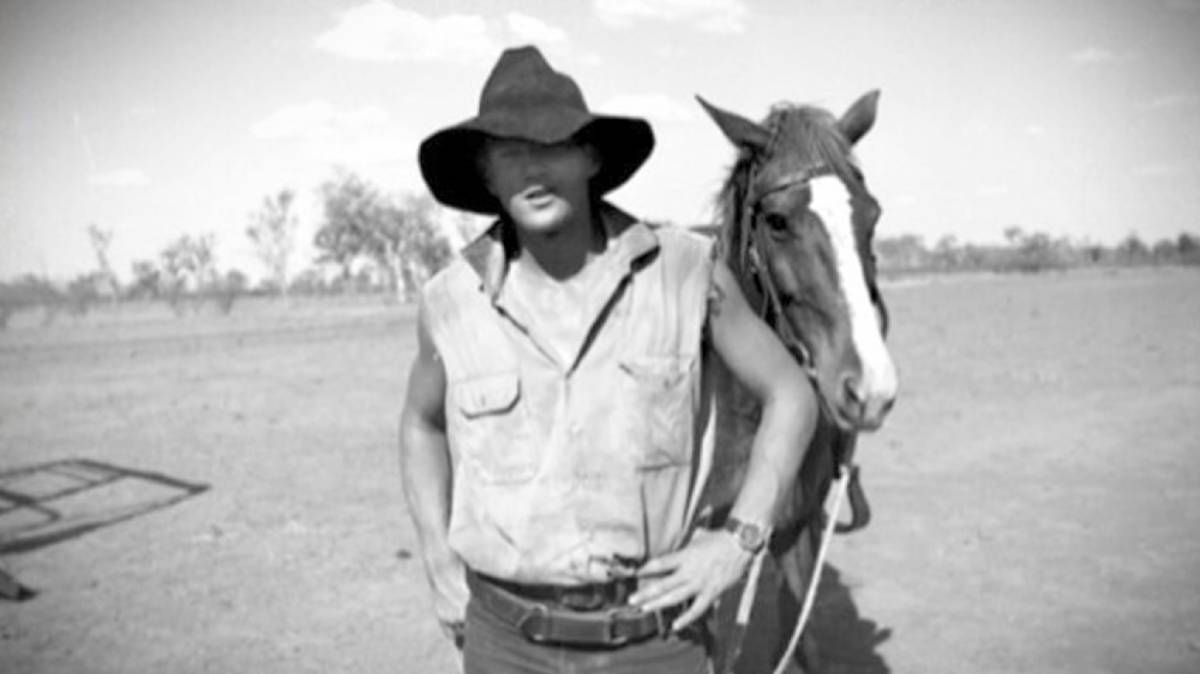 Working on a cattle station in 1992 is an experience that has shaped much of Simon Cheatham's life.

WORKING on a cattle station in 1992 is an experience that has shaped much of Simon Cheatham's life.

Fresh out of school, Mr Cheatham travelled from his home in Gulgong, New South Wales, to take a job as a stockman (ringer) at Carlton Hill station, a two million acre (809,371 hectare) property in the East Kimberley region of Western Australia.

Living and working on the station, Mr Cheatham said it was a formative time in his life, which ultimately led him to become the founder of the Ringer From The Top End (RFTTE.com) Facebook group, and start a recruiting business, RFTTEJOBS.com, which connects cattle stations all around Australia with workers.

"While I was on Carlton Hill, Slim Dusty and his wife Joy visited the station to get some inspiration for his upcoming album, Ringer From The Top End," Mr Cheatham told Farm Weekly.

"I got along really well with Slim, and so the name of the Facebook group and my recruitment company was inspired by Slim and Joy."

Starting the RFTTE Facebook group in 2007 to find old cattle station mates, things quickly snowballed, with its members increasing and becoming more active on the site, posting advice about working on cattle stations, sharing experiences, browsing the thousands of outback photos, looking for jobs or telling yarns and jokes. The Carlton Hill stockmen team in 1992 that Simon Cheatham was part of.

Today, the group has grown to more than 76,500 members, with an RFTTE newsletter that has 15,000 subscribers, an Instagram account with 14,000 followers and the latest addition, a recruitment website, RFTTEJOBS.com.

"The group has always been called the online campfire, and humour is a big part of the group, which is especially needed these days with the drought," Mr Cheatham said.

"People can come online to connect with other people in the industry, or sometimes it's just an outlet for people to get away from what's happening on their farm or station.

"The group is for people who are interested in cattle stations and the Australian Outback in general.

"There is a good balance of the RFTTE group who are on the land and also those who live in the city and want to keep in touch with rural Australia, or know more about country life.

"It's about being a part of a community where you can share your stories and enjoy seeing how other people manage in the bush."

After years of receiving emails and telephone calls from members on how and where to get a job on a cattle station, Mr Cheatham decided to take the plunge and step into recruitment, building the website and setting up advertising for positions in the group.

Jobs on the website cover the whole gamut of work types on cattle stations, with a huge variety of positions including mechanics, helicopter pilots, ringers, bore runners, station hands, managers to govies, gardeners and cooks.

The website is also extending job placements to fill work in other areas such as sheep stations and grazing/agricultural work in general.

"Initially I thought it was a risk going into the recruitment side of things, but there seemed to be a natural demand to connect people and cattle stations," Mr Cheatham said.

Mr Cheatham said one of the changes he had noticed in the industry over the years had been an increase in gender diversity on cattle stations.

The increase in female participation in the industry he attributed partly to stations making some changes to employ female workers, including accommodation, plus female social media influencers who post what life is like on a cattle station.

"As a result of this increase, cattle and sheep stations are accommodating a lot more females, which is really great to see," Mr Cheatham said.

He said the best part of his job was providing people with the opportunity to learn some great life skills and the experience of working on a cattle station.

"I think the sense of camaraderie and teamwork that you get living and working on a station is really special," he said.

"They're long, hot, dusty days, but if you are willing to give anything a go, be flexible and get out of your comfort zone, you will be sure to make mates for life."

Sponsored by
Export-orientated Industries in rural and regional Australia are keen to adopt artificial intelligence (AI) to lift their productivity and efficiency.
Test
Nominations are now open for the Richmond Shire Council by-election in July.
Test
Not too many businesses have handled the global pandemic that still has its grip upon the world like the red meat industry, according to Australian Country Choice CEO Anthony Lee.
Test
Australian Dietary Guidelines are under review: Are the red meat limits fair?
Test
Two great north west Queenslanders - Indigenous leader Colin Saltmere and Professor Sabina Knight - have been granted membership of the Order of Australia.
Test
Understand protein and its factions: Tom Thorn
Test
A national survey aimed at improving the lot of home tutors is about to close and is seeking urgent responses.
Test
OPINION: Is there any stopping the city sprawl, this sign says it all.
Test