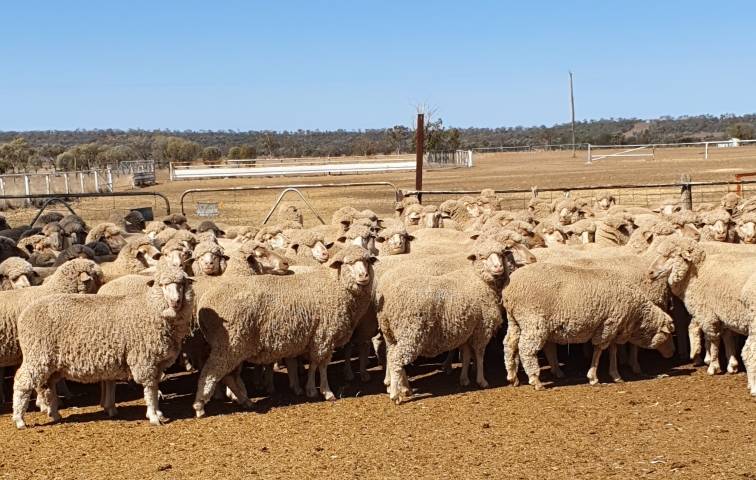 WOOLGROWER Steve Sprigg, Futera Farm, WA, doesn't mind pushing boundaries, much like his "great mate" Errol Brumpton on the other side of the continent.

When Mr Sprigg sought the the best Merino genetics for the flock he wanted to run on the sprawling 18,000 hectares property he has just north of Mukinbudin, Mr Brumpton was his man.

No one, he says, grows wool better. Not here, not anywhere.

"Errol's reputation as a wool producer was well known when I went looking for his genetics," Mr Sprigg admits. "Dr Jim Watts argued that Errol had the best wool sheep in Australia, if not the world.

"That was always going to be good enough for me.

"Errol started to develop skin structures and fibre structures back in the early '70s, way before most people had even heard of it. Together, he and Dr Watts pushed boundaries that had never been pushed before.

"They were looking to develop the best and they did.

"When we needed to buy we bought some of Errol's ewes and rams. We had a close associate, a local stud breeder who bought from Errol as well. He went all the way over, picked them up and brought them back."

Over the intervening years Mr Sprigg has developed quite a flock, running "about 2500 Merino ewes" with the majority of annual drops retained as replacement breeders and remainder sold to serve domestic and export markets.

"For a while we've been developing a marketing system to service the supply chain so we can sell into the UK, " Mr Sprigg said. "We have the best genetics and the unique make-up of these sheep shows we can develop a fibre you cannot get anywhere else.

"The sheep have a good, soft skin and that means their fibres are soft and are 14, 15 micron. The sheep grow a big, bold fibre because they have the fastest growing wool and the crimp is deep."

He said the sheep possessed uncomplicated skin structures, which produces a quality fleece and was also beneficial to the animal.

"These sheep are not vulnerable to fly strike and there's a gene responsible for producing long fibre and it's primarily in the British Leicester and Lincoln sheep and that same gene is actually prevalent in a Merino," he said.

Besides rotating paddocks for grazing, they have planted one million trees to guard against erosion and to offer areas to lamb down away protected from predators.