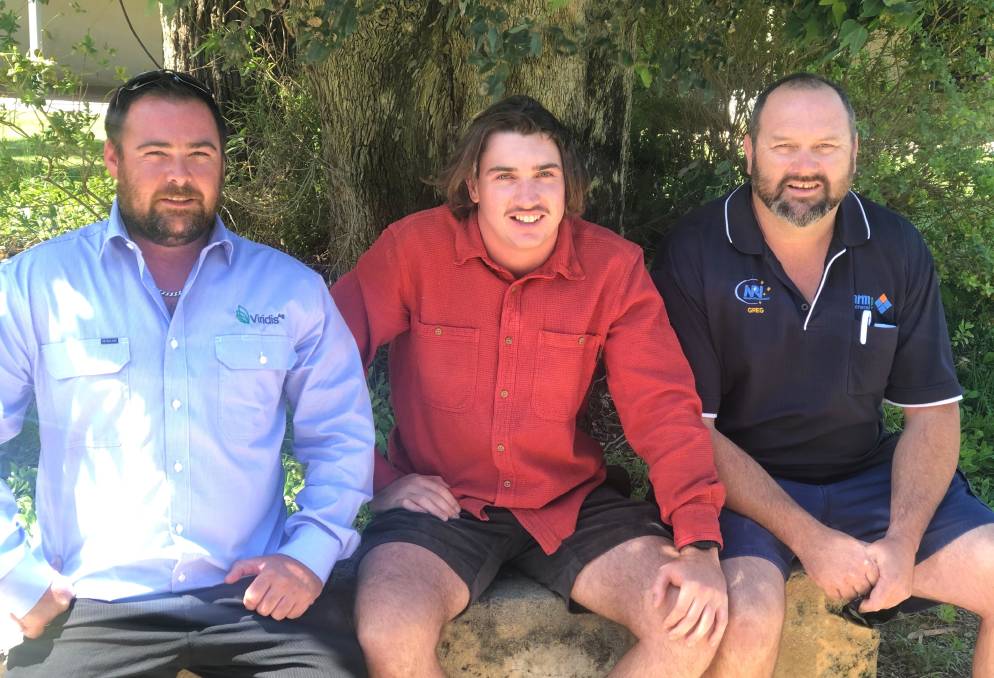 A young farmer and university student from Gibson, 22 kilometres north of Esperance, was the main winner of a coveted scholarship, awarded at the South East Premium Wheatgrowers' Association (SEPWA) Harvest Review on February 14.

A YOUNG farmer and university student from Gibson, 22 kilometres north of Esperance, was the main winner of a coveted scholarship, awarded at the South East Premium Wheatgrowers' Association (SEPWA) Harvest Review on February 14.

Fletcher Lewis, who is studying for a Bachelor of Science degree majoring in crop and pasture science at Murdoch University, won the Rob Ashman Memorial Scholarship which is worth $3500 and sponsored by Viridis Ag.

The annual scholarships offered by SEPWA, Viridis Ag and Farm and General, Esperance, are designed to support capacity building in the agricultural industry and raise awareness of depression in rural Australia.

The other two prizes, the Farm and General scholarship for $3000 and the $2000 SEPWA scholarship, were won by Erin Stevens and Matt Rogers, both from Esperance.

Viridis Ag Yupiri farm manager Dafydd Jones said it was great to see so many young people coming through the ag industry.

"It's pretty important for the Esperance port zone knowing that there are good young people like them coming through and if we can support them in any way, we will," Mr Jones said.

"I was part of the judging panel and every single candidate was just fantastic, so it was really hard to judge.

"But Fletcher just stood out a little more than the others, he is really passionate and his mentality towards what he wants to achieve is just fantastic."

Mr Lewis said he applied for the scholarship as the money would help with his university fees and cost of living at college.

"Crop and pasture science is a really specific course and there's less business involved than at other universities, so that's why I picked Murdoch," Mr Lewis said.

"The plan is to be an agronomist in the Esperance port zone and eventually take over the family farm.

"It's a great industry, there's good people in it, I've done it my whole life and I just really love it."

The scholarship is named after Rob Ashman who sadly took his life in 2015 after many years of suffering from depression.

He managed properties for Hassad Australia, was an engaged member of SEPWA and supervised SEPWA trials.

Hassad Australia originally sponsored the scholarship in his honour, with Viridis Ag happily carrying on the tradition once it took over the properties.

SEPWA executive officer Niki Curtis said the committee wanted to do something to honour Mr Ashman but also raise awareness of depression and anxiety.

"When you're a country kid, especially from Esperance which is really isolated, going to university is a struggle and a lot of kids give up because it's too hard financially, so the scholarships give that extra bit of support," Ms Curtis said.

"From the executive committee's point of view, it's about wanting to have more capacity in the industry.

"It wasn't that long ago that it was really hard to attract students to agriculture, they were going into mining, but there has been a turnaround and there seems to be more kids from this region who want to go into agriculture."

Both Ms Stevens and Mr Rogers will start university this year and plan to return to Esperance to work after they graduate.

Ms Stevens will be studying agribusiness at Curtin University, where she aims to specialise in agronomy and said she would love to return to Esperance where her parents have a hay contracting business.

Mr Rogers will be attending The University of Western Australia to study agricultural science.