Former Wooroloo resident Chris Kennedy is ready to deliver a unique blend of suspense and humour in an Agatha Christie play parodying the detective thriller g... 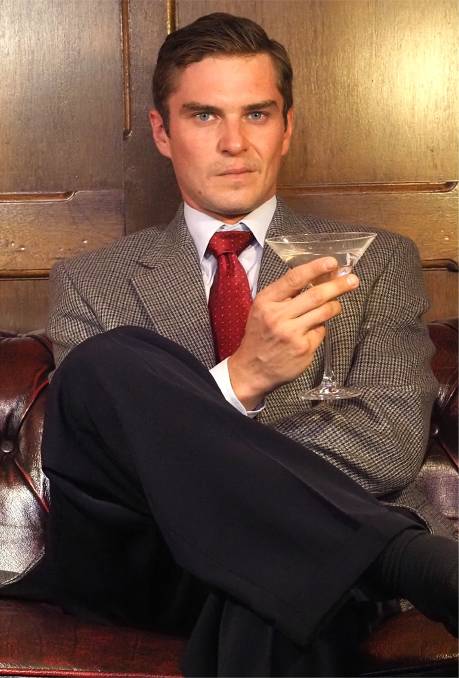 Former Wooroloo resident Chris Kennedy is ready to deliver a unique blend of suspense and humour in an Agatha Christie play parodying the detective thriller genre.

Clarissa, a diplomat's wife, is adept at spinning tales of adventure - but when a murder takes place in her drawing room she finds it much harder to cope with real-life drama.

Desperate to dispose of the body before her husband arrives with an important politician, she enlists the help of her guests until they are interrupted by a detective.

Spider's Web was Agatha Christie's second most successful play, after The Mousetrap.

Kennedy plays Oliver Costello, someone he describes as "perfectly detestable".

"He is suspected of shady dealings," he said.

"None of the other characters like him and neither should the audience.

"Being an Agatha Christie play, it's fair to say you will be wondering who did it right until the very end.

"There are certain aspects of the role that are challenging but to say any more would give far too much away."

After taking acting classes in 2017, Kennedy dove headfirst into auditioning for everything he could and has since appeared with Stirling, Garrick and Limelight Theatres and Life on Hold Productions in 'Allo 'Allo!, Beyond A Joke,Fairytale of Sorts,A Clockwork Orange and Lady Willpower.

"I was keen to keep treading the boards so, whenever I see or hear of an opportunity to be on stage, I jump at it," he said.

"I always put 110 per cent effort into everything I do."

"But it's also a play with comedy," she said.

"It's the only time she incorporated both.

"Comedy is not any easy genre to direct - the adage 'timing is everything' absolutely applies to this play.

"The characters are given funny lines but, in delivering those lines or performing sight gags, they have to be timed perfectly or it all falls flat.

"Then there's the other side of the play, dealing with murders and murderers, and we have to make it all work together."