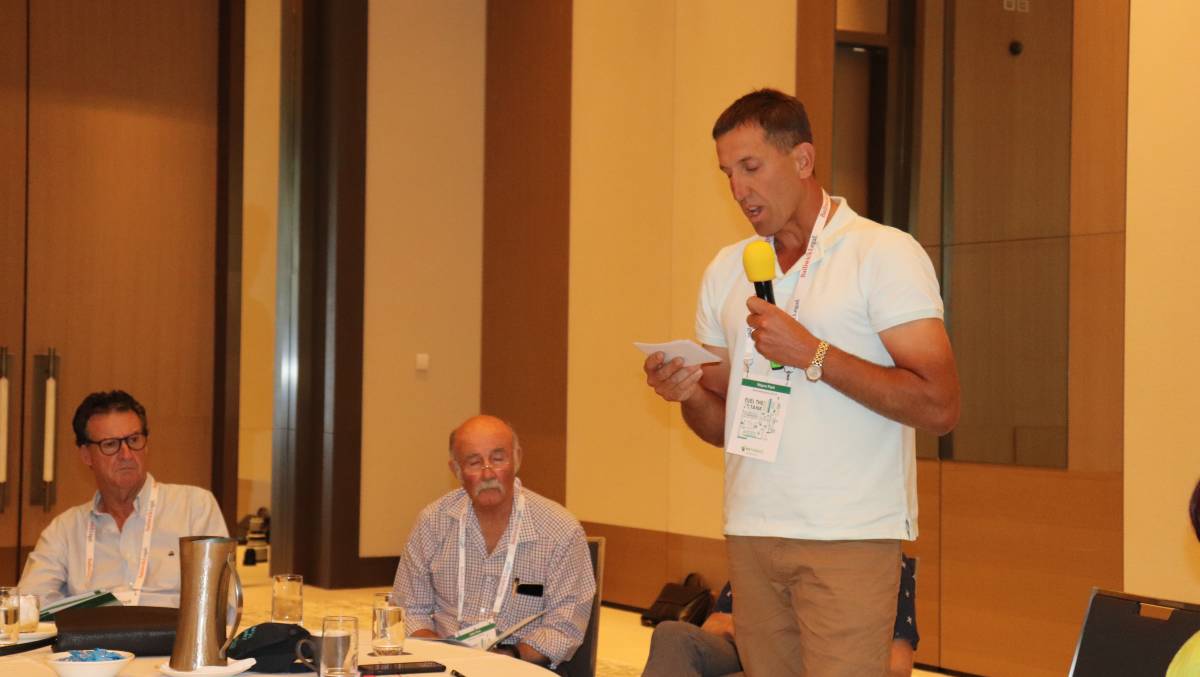 16 months ago WAFarmers voted to adopt the 2030 Roadmap as NFF policy.

WAFARMERS members declined to re-endorse support for a carbon neutral future for Australian agriculture, as outlined by the National Farmers' Federation (NFF) 2030 Roadmap.

Members at WAFarmers' recent general section annual meeting voted down an amendment supporting the carbon neutral objectives of the NFF's 2030 Roadmap which proposes to lift the value of national farmgate output to $100 billion by 2030.

Sixteen months ago WAFarmers, as a member of the NFF, voted to adopt the 2030 Roadmap as NFF policy - including its carbon neutral agriculture objective and other measures like support for renewable energy to try to minimise the impact of climate change and to maintain future access to markets for Australian commodities.

In October 2018 when the NFF adopted its 2030 Roadmap, the WAFarmers' delegate was its then president, Tammin cropping and sheep farmer Tony York, who was appointed to the NFF board at the same meeting.

Mr York reflected WAFarmers' then support for the 2030 Roadmap by voting to adopt it as policy.

In the six months leading up to its adoption, Mr York and other WAFarmers members were actively involved in canvassing local farmers' views as part of a NFF national roadshow on the 2030 Roadmap.

The roadmap is based on achieving aspirational targets in five pillars or areas of impact, with the second pillar called "Growing Sustainably" and including a carbon neutral objective.

The issues encompassed in the roadmap were widely debated before WAFarmers decided to support it.

The 2030 Roadmap document has been available on the NFF website since October 2018 and a 12-month report card on progress achieved on each element of the five pillars was posted on the website last October.

That report card gave progress on section 2.2 - the section setting an objective of Australian agriculture "trending towards carbon neutrality by 2030" - a dismal score of four out of 10.

Recently, during confused debate, several speakers opposed reaffirming support for the 2030 Roadmap's carbon neutral farming objective, based on their claims they did not know what was in the roadmap.

After voting down the amendment, the annual meeting passed a resolution by 27 votes for and 12 votes against which simply stated "WAFarmers acknowledges the impact of climate change on Australian agriculture".

That motion had come from the Albany zone and was moved at the annual meeting by zone president Lyn Slade.

Ms Slade said the aim of the motion was for WAFarmers to make a statement to counter "the misconception farmers are climate change deniers".

"Whether it (climate change) is man-made or part of a natural cycle, we have to acknowledge it," Ms Slade said.

Gnowangerup farmer Wayne Pech then moved the amendment to add the words "and supports the targets of the NFF roadmap for Australian agriculture to trend towards carbon neutral by 2030" to the motion.

His amendment was seconded by Farmers For Climate Action board member and former WAFarmers president Dale Park, Badgingarra.

Mr Pech explained he was the author of the original motion which went to the Albany zone but which had contained the additional words he was trying to add through his amendment.

The Albany zone had debated his motion in his absence and changed it, but he believed his original motion was a "better statement on climate change", he said.

"WAFarmers needs to acknowledge how quickly the debate around climate change is moving, otherwise this organisation will be left behind and decisions will be made elsewhere that affect agriculture," Mr Pech argued.

"Mining was the greatest contributor but agriculture was at the coalface too, particularly in south western WA, in contributing to climate change.

"So agriculture needs to be on the front foot to benefit agriculture and not let mining companies, economists or activists drive the debate."

Mr Pech argued agriculture needed to be proactive on climate change if it is to avoid "increased taxes, increased regulations, decreased opportunity to farm how we want to farm (and) decreased ability to make a profit".

"We need to minimise our footprint on the planet to maintain our market access," he said.

In the debate which followed, WAFarmers president and meeting chairman Rhys Turton said he believed climate change and farmers' responses to it is "one of the biggest issues facing agriculture".

Matt Hill, Beaumont, argued climate change and what WAFarmers' response should be was too large and complicated a "problem" to be resolved at the annual meeting.

"Emissions is only one side of the equation, what about (farming's) sequestration of carbon into the soil?" Mr Hill argued.

He foreshadowed another motion calling for the WAFarmers board to set up a one-day workshop to enable interested parties to discuss the issues and work on a policy "that suits WA farmers best", should the amendment and original motion fail to get support.

Newly-elected grains council president Mic Fels, Esperance, said he supported the motivations for both the motion and amendment, but had concerns.

"I don't think anybody in this room who has been farming will have any difficulty in acknowledging climate change because we've been adapting to deal with it for the past 20 years," Mr Fels said.

"(But) I think the language around this is critical.

"I believe WAFarmers suddenly coming out after all this time and saying that we acknowledge climate change is a really bad look for our industry.

"I think we need to be smart about it and say we have been dealing with climate change for the past 50 years and we are going to continue dealing with it," he said.

Mr Park pointed out farmers are "part of the climate change solution as well as part of the problem".

"The real problem is the stuff everybody is breathing in from fossil fuels and we can't sit back and say 'you do something about that' without fixing our own backyard.

"So for the sake of our credibility we need to acknowledge that we are a part of the problem as well as the solution and start doing something about it."

The NFF created the 2030 Roadmap after six months of consultation with agriculture industry stakeholders, talks with more than 380 farmers around Australia and comments sought on a discussion paper prepared by KPMG.

The roadmap sets out a plan to lift anticipated value of national farmgate output by about $16 billion - from the current estimate for 2030 of $84.3b to $100b.

National farmgate output for the current financial year is estimated to be $59b, down from $62b in 2018-19.

The roadmap is based on achieving aspirational targets in the five pillars.

The second aspirational target (labelled 2.2) under the "Growing Sustainably" pillar is "Australian agriculture has cemented a competitive advantage and productivity gains by embracing a carbon neutral approach".

The first is: "Develop a trajectory approach for each commodity to work towards carbon neutrality whilst maintaining productivity and profitability".

The second is: "Enhanced public investment in research that delivers on-farm carbon abatement and productivity outcomes".

It proposes plans be in place by 2025 for all major commodities to achieve the carbon neutral target and states the measure of success will be Australian agriculture "trending towards carbon neutrality by 2030".

Section 2.2 also points out the CSIRO has previously estimated that by 2050 the carbon market could provide $40b income to the "land sector" with "particular opportunities" for agriculture.

After the annual meeting Mr York, who resigned half way through his second term as WAFarmers president to reduce his time away from the farm while he was an NFF director, confirmed that as WAFarmers' delegate he had voted to adopt the 2030 Roadmap as NFF policy.

While the statement "WAFarmers acknowledges the impact of climate change on Australian agriculture" did not go as far as some at the meeting would have liked, it was still a significant statement, Mr York said.

At the WAFarmers' annual general meeting immediately after the general section meeting, Mr Turton unveiled a proposal to replace the 17 existing zones - some of which have not held meetings for years - with one Statewide zone to further streamline the organisation's structure and make it more "flexible".

The proposal was for delegates to the Statewide zone to meet electronically and it was envisaged informal zone meetings would probably still be held by interested members who could feed information into the new zone meeting, Mr Turton said.

He said he hoped there would be discussion on the proposal through the year and that next year's annual meeting would consider a proposal on the new structure.