Pasture is front and centre of an $8.5 million a year research project based at the Ellinbank Research Centre in Gippsland. 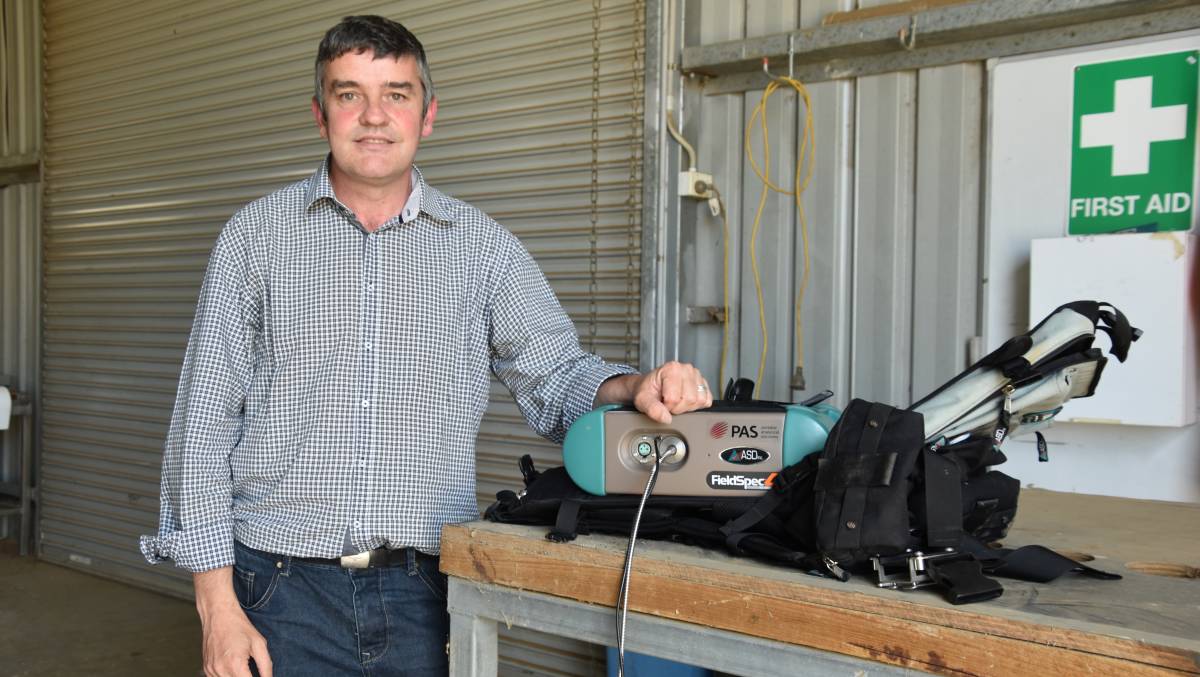 Pasture is front and centre of an $8.5 million a year research project based at the Ellinbank Research Centre in Gippsland.

The Dairy Feedbase project is a joint venture between Dairy Australia, Agriculture Victoria and the Gardiner Dairy Foundation.

Dairy Australia director of major innovation and co-director of Dairy Feedbase Kevin Argyle said the project focused on how farmers could grow and utilise more pasture and how feeding could be optimised at an individual cow and herd level to produce more profitable milk.

"This is really exciting in terms of what we are seeing," he told visitors to the centre late last year. "It is really transformational. The program has only been running for 18 months but we've already had significant breakthroughs."

Mr Argyle said $1.5 million of the annual investment was DA levy money. This was good leverage, particularly in light of what the project was aiming to achieve - a $100 million benefit a year to the industry in 10 years time.

Pasture research as part of the project includes looking at ways to better allocate pastures, developing tools such as drones to better measure pasture growth and tools to allow farmers to select cultivars better suited to their farms.

Dr Auldist said initial case studies had revealed that some cows on large farms walked more than 10 kilometres per day to and from the dairy and spent up to nine hours away from the paddock. It had also revealed that there was a consistency in the order in which cows came into the dairy each day - something of which most farmers were well aware.

The other observation was the relationship between milking order and milk yield, which revealed that the first cows produced more than the last cows. "Our case study data, as well as previous research by others, shows that difference is in the order of around about five kilograms of milk per cow per day," Dr Auldist said.

The first part of the research looked at releasing random groups of cows back to the paddock at 45-minute intervals, sequentially for three hours for up to 10-15 days. "Lo and behold, we found that the first cows produced that magic figure 5kg more than the last cows," he said.

The research showed that the difference was purely down to when the cows went to the paddock - not whether, as farmers sometimes assumed, some animals were hungrier, higher-producing cows while others were lame or sick cows.

The research also showed that 40 per cent the pasture dry matter was gone by the time the last cows got to the paddock and that the remaining grass was of lower quality. This meant the last cows spent more time grazing as they tried to get the same level of intake.

The next part of the project was looking to find mitigation options and testing those. These could include splitting the herd, holding back pasture for later cows, holding back cows until all were finished milking, feeding in the dairy differentially based on milking order or pre-grazing topping to reduce selection.

Dr Auldist said the project was also attempting to try to measure dry matter intake in grazing cows in near real time. "It's a massive challenge," he said.

So that was one part of the equation solved. Researchers were now looking at the variation in bite size to combine with the number of bites information to produce an estimate of dry matter intake.

They were also looking at other ways to measure this intake, including measuring methane pulses.

"So it is all about utilisation, if you can't measure it, you can't manage it," she said.

Technology being assessed included different types of sensors attached to drones or side-by-side vehicles. All of this is calibrated using precise GPS measurements.

The project is also working on a sensor that could assess plant health, based on the colour.

Dr Morse-McNabb said six partner farms across Victoria were involved in the project, to help researchers assess how technology would work on different farms. Some preferred a simple tool like a sonar on a side-by-side vehicle, but people were also interested in using drones.

The research was aiming to find quick and easy tools that farmers could use to measure pasture every day.

Professor Kevin Smith said the Future Forage Value Index was looking to develop tools to allow farmers to choose between cultivars based on their relative performance and value in particular seasons.

The FVI already provided a comparison of perennial ryegrass cultivars for three Victorian regions and Tasmania across five different seasons.

So this project aimed to get new species and new traits into the FVI and to help breed more persistent varieties.

One part of the research involved developing a better tool to give faster and cheaper pasture quality results.

"If we think about forage quality there is also not enough data," Prof Smith said. "It is about $70-$100 to send a sample through to be feed-tested. So if you have a ryegrass trial with 120 plots and you harvest them eight times a year, you realise why people don't do it, it's too expensive."

The research is looking at using a portable near-infrared machine attached to a bucket to exclude sunlight. This would allow within about 30 seconds enough data to be captured to give a real-time estimate of the quality of that sample.

The current cost of the NIR machine at $100,000 would make it too expensive for use outside of research but the next phase it to identify what was the important information in the measurement. This could allow the development of a $10,000 machine that could be used by a consultant agronomist or a farmer themselves.

"It's not there yet but it's not science fiction either," Prof Smith said. "In three years time, farmers could have access to real-time estimates of forage quality."

It would mean farmers could measure a pasture's metabolisable energy and then make adjustments to the amount of pasture offered or the supplementary feed ration.

More information about the projects is available on dairyfeedbase.com.au/.