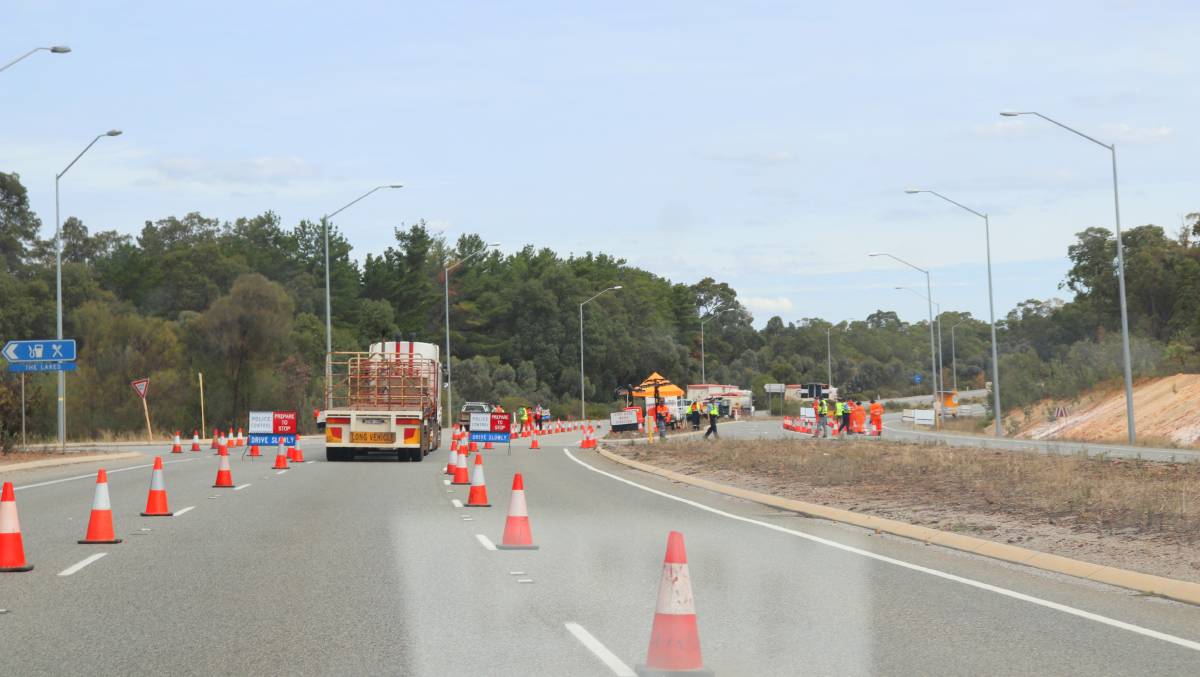 A roadblock set up on the outskirts of Perth, near The Lakes, to stop people travelling between the city and the Wheatbelt.

TRAVEL restrictions between Western Australian regions and within the Kimberley and Goldfields-Esperance regions appear to be an inconvenience but are not causing significant disruption to agriculture and allied industries so far.

This is despite detail of exemptions from travel restrictions applying across internal WA borders, introduced as a response to the COVID-19 health crisis, still being worked through with government and police for some sectors of the agricultural workforce.

Concerns by the Pastoralists and Graziers Association of WA (PGA) about cattle mustering teams being allowed into the Kimberley under tighter controls which now prohibits movement between its four shire council areas, were raised at a teleconference earlier this week.

"We raised the issue of muster teams - which include specialised people like the pilots who fly the mustering helicopters - having access to all areas of the Kimberley with (Department of Primary Industries and Regional Development director general) Ralph Addis at a teleconference this morning," Mr Seabrook said on Monday.

"He (Mr Addis) said he would look into it for us, so hopefully that issue is now resolved."

Earlier there were concerns about shearing teams being able to move about, but they were declared allied to an essential industry by Federal Agriculture Minister David Littleproud and can move for work under Federal regulations.

Working shearers can also cross WA regional boundaries under State regulations which exempt people travelling for work from the movement restrictions introduced more than a week ago.

WAFarmers chief executive officer Trevor Whittington, who also participated in Monday's teleconference, said his office had not had significant complaints from members since some 30 police and State Emergency Service-manned highway checkpoints and random travel monitoring checks were introduced.

Mr Whittington said there was one call on Monday from a farmer who was not allowed through a checkpoint on the Great Northern Highway at Muchea.

The farmer rang WAFarmers to complain he had been refused entry to the Wheatbelt region at the Muchea checkpoint while travelling between his home property in the Swan Valley and his property two kilometres past the police checkpoint to collect portable sheep yards.

Anecdotal evidence indicates transport trucks, including stock trucks, grain trucks, milk tankers and vehicles that are obviously related to agriculture in some way, are being waved through checkpoints without causing delays.

However, farmers in utilities and cars are being stopped and asked their reason for travel.

WAFarmers has advised it members to carry as much identification as possible with them to show where they live, where their properties are and anything else that will help justify their travel.

Farm workers, consultants and travellers for agriculture-related companies and allied services are advised to obtain and carry a letter from their employer explaining they are required to travel as part of their employment.

The Premier's office has previously told Farm Weekly and other media an exemption form for people who regularly have to cross a regional border for work might become available on the government website, but this has not happened.

When external State borders were closed to travellers from midnight Sunday, an exemption form was available on the government website and people were required to complete the form and obtain an exemption before they are allowed in, but the same system has not been applied to internal regional borders.

It is understood the possibility of generating a QR (Quick Response) code to identify people who have to cross a border regularly for work has also been discussed with the Department of Primary Industries and Regional Development (DPIRD).

Restrictions on non-essential travel between the Wheatbelt, Great Southern, Goldfields-Esperance, South West, Cascoyne, Plbara and Kimberley regions (Perth and Peel region are considered as the same region for COVID-19 restrictions) was introduced on March 31.

At the time Premier Mark McGowan said: "We understand these measures may be inconvenient, but they are vital to ensure we continue to protect their fellow Western Australians and stop the spread of COVID-19".

Tighter entry restrictions applied to the Pilbara and Kimberley and Ngaanyatjarra Shire in the Goldfield-Esperance region to protect remote Aboriginal communities most susceptible to travel transmission of COVID-19.

A week ago more restrictions were introduced on travel between Broome, Derby, West Kimberley, Wyndham East Kimberley and Halls Creek shires within the Kimberley region to further protect Aboriginal communities.

On Sunday, at the request of Esperance Shire council, Mr McGowan announced bans on non-essential travel to Esperance from other regions and shires.

The same exemptions apply for work, transporting freight, attending schools or medical appointments, for food supplies not otherwise available close by and discretionary compassionate grounds, as apply to crossing most regional boundaries and are listed on the Esperance council's Facebook page.

Border checks on reasons for travel will be conducted on South Coast Highway at Shark Lake Road and on Coolgardie-Esperance Highway at Gibson, according to the Facebook Page.

The State government has introduced a COVID-19 information line to keep the public abreast of the latest developments and impacts of the virus in WA - the number is 13COVID (132 68 43).