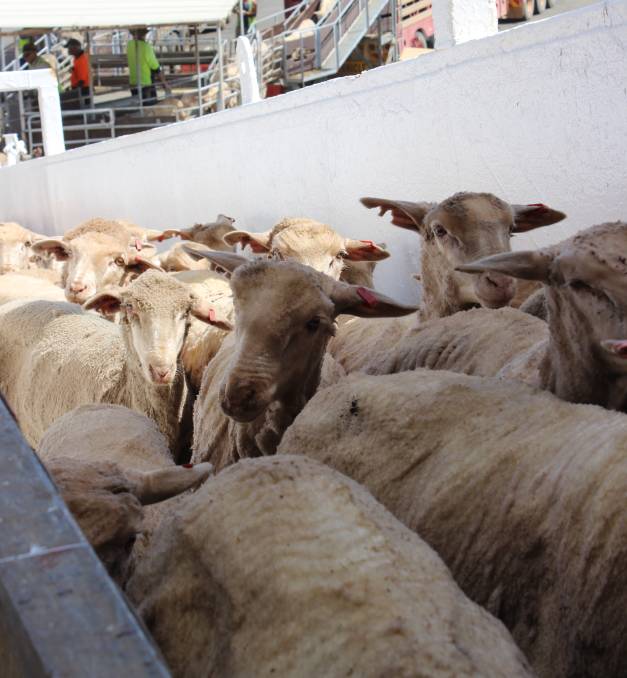 NEWLY-selected Liberal candidate for the Agricultural Region Steve Martin, Wickepin, has lashed out at the Independent Regulator of live exports for extending the moratorium from four to five months on trade to Qatar and Oman.

The Department of Agriculture, Water and the Environment introduced the new requirements for live sheep exports to, or through, the Middle East last week following the finalisation of the regulation impact statement in March.

"At a time when governments should be doing everything possible to protect jobs and export income, they are making life tougher for WA sheep farmers," Mr Martin said.

"The changes announced put at risk markets in the Gulf and threaten the food security of nations already nervous about the impacts the COVID-19 pandemic is having on world trade."

Mr Martin said Qatar was Australia's second largest market with more than 334,000 sheep exported in 2019 and "these changes shut down that market for almost five months" (from May 22 to September 22, and for Oman from May 8 to September 14).

"Our reputation as a reliable supplier of quality sheep meat is being decimated," he said.

"Australia's live sheep export markets are becoming increasingly frustrated with and distrusting of Australia's willingness and ability to supply.

"Food security is a number one priority in the Middle East and in their view, Australia has failed to understand or respect their need for live sheep for this purpose."

Ms MacTiernan said "the requirements imposed by the Federal government are in line with the WA government's submission".

Mr Martin said this stance ignored the excellent animal welfare results achieved by the industry, including reducing stocking densities and adhering to a heat stress management plan on every voyage.

"It also ignores the fact that our partners in this market will look elsewhere for a vital source of protein in these uncertain times," he said.

"The Qatar importers are already looking at markets in South Africa and Romania to provide the protein their population needs.

"The animal welfare standards in those countries will not be up to Australian standards.

"Damage to these trading relationships could also flow onto other agricultural produce like grain and cattle.

"In the same week that the Federal government announced a $110 million initiative to assist fisheries and agricultural export industries impacted by the coronavirus 'who have suffered a serious downturn due to a lack of international customers and freight export options', they are introducing regulations that do just that - threatening international customers and export options."

WAFarmers livestock section president David Slade, Mt Barker, said the organisation was trying to take a "level approach" to the issue of live exports because they were concerned about the welfare of sheep.

"But when they start going overboard, enough is enough," Mr Slade said.

He said the independent regulator was being "over cautious" and it appeared they hadn't taken into account past performances of livestock exports since the changes to stocking densities and heat stress management were put in place.

"They are being a bit cautious on restrictions to Qatar - it's like they're not listening to us," he said.

Mr Slade said the decision could have been better for the trade because vessels were being improved and had better ventilation.

"I would have thought that would be enough," he said.

"The number one priority is the welfare of the sheep but you can carry it too far.

"We don't want the trade to cease because of more and more regulations put on it.

"It could become too hard for the exporters."

Pastoralists and Grazers Association of WA president Tony Seabrook said while the moratorium was important for gaining community acceptance of the trade it appeared that "no one is willing to take any risk at all".

"It's obvious that last year's details were not taken into account," Mr Seabrook said.

"They could have been a whole lot braver than what they have been.

"There was a opportunity to be adventurous without opening up the full (12 month) trade.

"At the end of the day if we lose those markets we know why."

The RSPCA took a different view of the regulator's decision saying, while it didn't go far enough, it was "good news", because there was now a "complete and permanent ban on live sheep exports for almost one-quarter of the year".

RSPCA Australia senior policy officer Jed Goodfellow said "that's a huge win for all Australians against this industry and something we could never have envisioned achieving two years ago".

Dr Goodfellow said animal welfare advocates such as the RSPCA remained confident that the end of live sheep was inevitable.