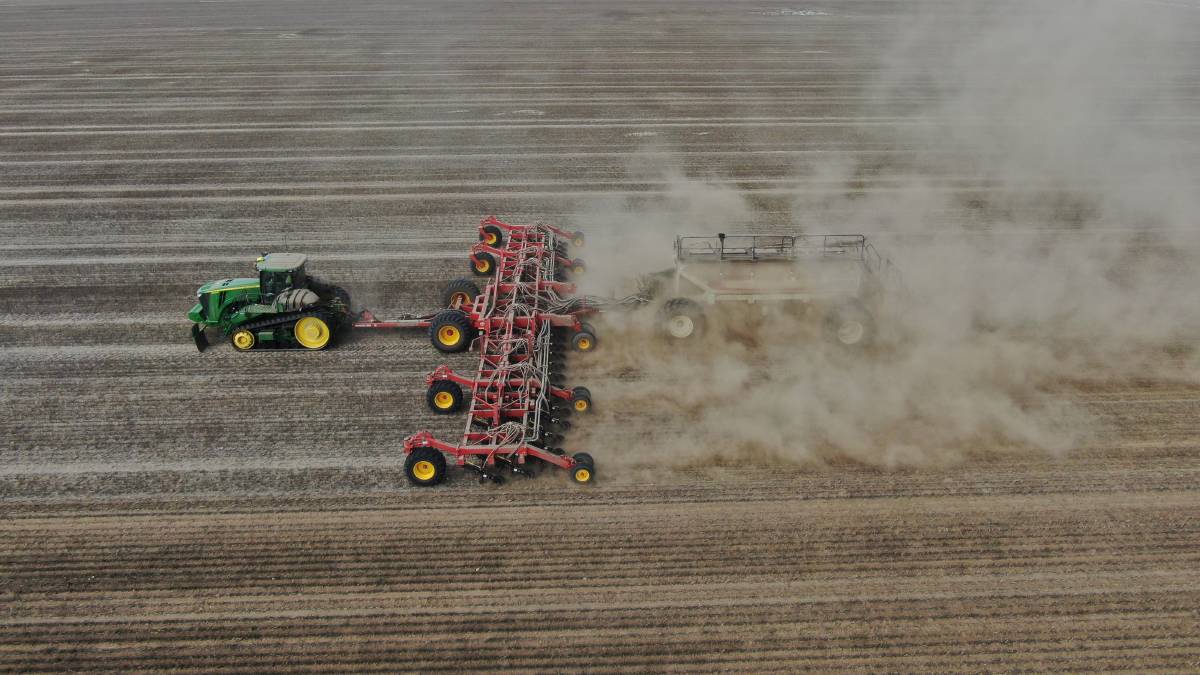 Cascade grower John Carmody has a program of 4500 hectares split into thirds of canola, barley and wheat. He normally starts seeding about April 10 but started on April 5 this year as he had everything ready to go. Mr Carmody said they have already completed their canola program and have started on the barley. "The reason for going early and to keep going into the barley and not wait for rain is that in previous years we have had a better germination on the stuff that we had sown before the rain came compared to sowing after rain," he said. "At least when it rains the crop is already in the ground and ready to germinate."

Some growers started their programs up to seven weeks ago.

SUMMER rain and good subsoil moisture across much of WA's growing regions has led to an earlier start to the seeding season.

Some growers started their programs up to seven weeks ago, while many have kicked off over the past fortnight with canola, lupin and long-season wheat plantings.

Independent agronomist Michael Lamond said pretty much all regions, except north of Geraldton and down the south coast, had received a lot of useful rain with anywhere from 50 to 100 millimetres or more.

"We didn't get any rain or subsoil moisture last year, but we did this year and it gives growers a lot more confidence that if they do sow on a light rainfall event, it will germinate and the crops will get up and away," Mr Lamond said.

"Last year all the climate models were saying it would be a low decile year and there was a very low probability of above average rainfall.

"Whereas this year the models have changed, there is a very positive outlook for the growing season and it looks like there is likely to be some good rainfall events in early May."

So far there has been a bit of activity, with mainly small areas of canola and long-season wheat going in.

However a lot of growers have waited for the soil to dry out, with dry seeding having started and likely to continue to ramp up over the next week or two.

Mr Lamond said growers would either sow into the moisture and chase it down or hold off, let it dry off and dry seed.

"If you sow into a drying profile and you come across different soil types and moisture levels, you get a split germination which is really bad because you get crops at different growth stages," he said.

"So growers wait until their profile is dry down to 20 or 30 centimetres and they know the seed is going to sit there and not start to germinate until there is some rain.

"The advantage of dry seeding is that growers give themselves at least another week of growing season, compared to if they wait for rain, it may not sound like much, but that week can mean big dollars at the end of the year."

In terms of crop mixture, the breakdown is likely to be similar to 2019, with potentially more canola and wheat in some areas.

Mr Lamond said there was a lot of canola seed sold with the anticipation that growers would be able to sow it anytime up until the second week of May, especially if there was another significant rain.

"If we don't get that rain, a lot of that canola will drop away and we will probably have a similar area to last year, but if we get 10-15mm from now on there will be bigger areas of canola sown," he said.

"A lot of growers in the eastern and northern regions are going more to wheat because it's seen to be a bit safer and the price is quite strong.

"But as you head south in the State, there is still going to be increased areas of barley plantings because of its ability to yield and the gross margin you can get will still often beat wheat."

In the Great Southern and down towards Cascade, where there hasn't been any decent run-off rains for two years, the dams are quite dry and there's been a massive turn-off of livestock.

Because of that, there could be an increase of crop area throughout that region.

"There was about 18.3 million hectares total crop last year, but if we get a break in the next few weeks it could be a couple of hundred thousand hectares more than that this year.

"It will definitely be higher from the lack of sheep and in the eastern areas where they've got really good subsoil moisture."

Overall, Mr Lamond is hopeful it's going to be a fantastic season.

"All you can say is that it's going to be more positive than negative because we've got subsoil moisture and the seasonal outlook is looking really positive," he said.