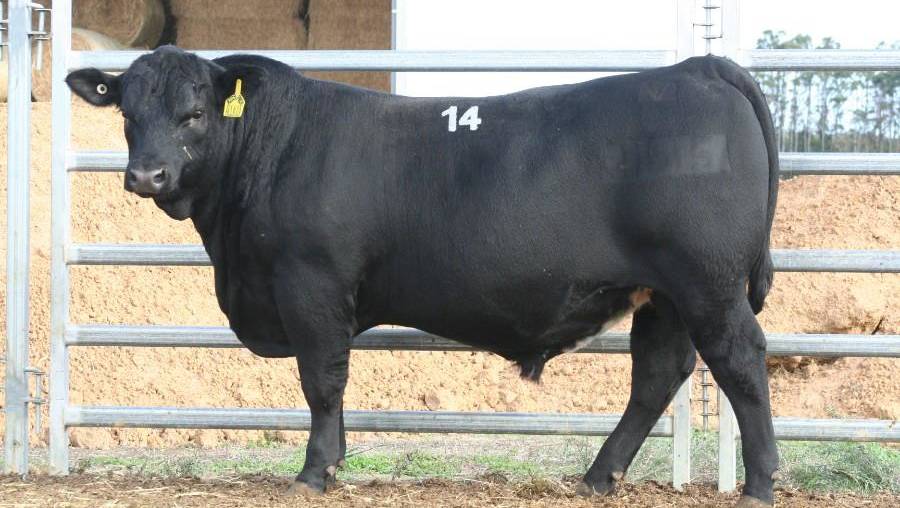 This bull Lawsons Prophet Q1615 took top price honours in last week's Lawsons Angus Manypeaks bull sale when it sold for $13,500 to AN undisclosed South West commercial operation which has been buying from the stud for eight years.

Lawsons Angus held its final sale in Western Australia for the year at Manypeaks last week and it was a highly successful one with strong demand from both local and Eastern States buyers.

LAWSONS Angus held its final sale in Western Australia for the year at Manypeaks last week and it was a highly successful one with strong demand from both local and Eastern States buyers.

The sale was once again conducted by the Lawsons Angus team of Bevan and Rebecca Ravenhill and their family and Independent Rural Agent Colin Thexton, Pemberton, as a 100 per cent online helmsman sale on AuctionsPlus, the only one of its kind held in WA.

Buyers once again responded positively to the format throughout the two hour sale, bidding up strongly on the yearling bulls they really wanted.

Prior to the sale the catalogue was viewed 1978 times on AuctionsPlus and more than 65 buyers registered on the platform for the sale.

Lawsons Angus stud principal Harry Lawson said they were extremely delighted with the sale, as the uncertainty leading up to it made it tougher than most years.

"The majority of the bulls were purchased by mostly return WA clients and this shows the confidence people have in our product and the people, data and information that backs the bulls," Mr Lawson said.

"The sale represented 50 years of breeding and more than 25 years of 100pc AI/ET using the best performance sires sourced globally. 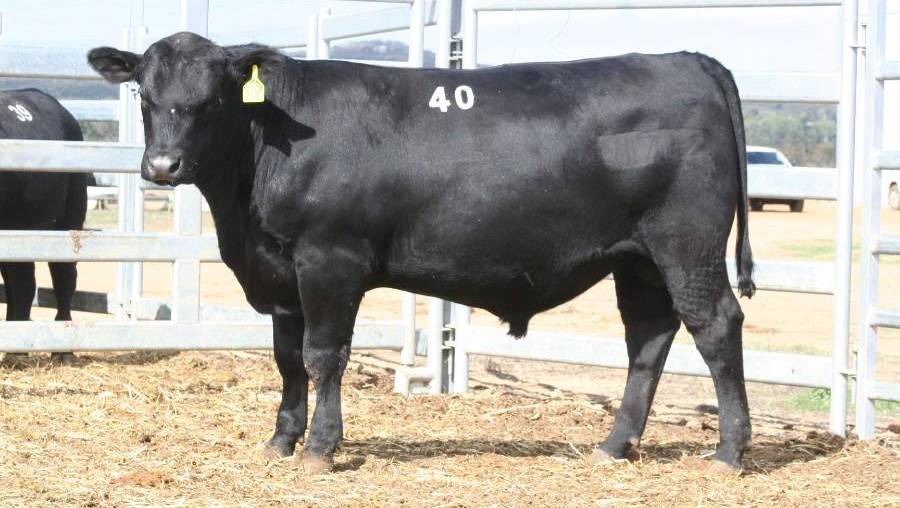 The second top price in last week's Lawsons Angus Manypeaks bull sale was $11,000 paid for this yearling bull Lawsons Momentous Q1702 which was purchased by a new buyer to the stud.

"Bevan Ravenhill and Col Thexton did a fantastic job in the presentation of bulls and juggling clients for inspections prior to the sale given the current travel restrictions.

"We would like to thank the clients who made this sale such a success and for their efforts in getting to inspect bulls prior to the sale but also using the on-line technology to bid and view bulls.

"In a way the work that Bevan and Col have done with the Helmsman sale format previously and then transitioning onto the AuctionsPlus platform last year, laid the groundwork for clients to bid remotely with confidence in both the genetics and the AuctionsPlus system this year."

Mr Thexton said the final sale result was outstanding given seasonal conditions, the reduced size of the cow herd in WA and current COVID-19 restrictions.

"There was strong support throughout the sale not only from local buyers but also the Eastern States," Mr Thexton said.

"The majority of the bulls stayed local but we did sell bulls to New South Wales and Victoria while there were also bids placed on the bulls from registered buyers in Queensland, South Australia, Tasmania and King Island.

"Given the current COVID-19 restrictions, it made having the sale a little harder than normal but it still worked out well, as buyers were able to view the bulls on-property before the sale and then bid with confidence on AuctionsPlus from home.

"It was great to again see that the buyers list featured many repeat clients to the stud, which demonstrates Lawsons bred bulls are performing to expectations and beyond.

"There is no doubt with the Lawsons bulls, what you see is what you get.

"They have what buyers are chasing - superior calving ease and superior growth while in addition the EMAs and IMFs for these cattle are at the top of the Angus breed.

"With MSA becoming more important, the IMF in calves is becoming imperative and these genetics certainly provide this trait.

"At the end of the day Lawsons' genetics are very predictable and certainly one of the reasons clients continually return to buy, as they are producing the calves that have a high degree of predictability and are keenly sought after by all sectors of the trade."

Mr Thexton said the bulls presented extremely well and were a credit to Mr Ravenhill and his family.

"The work and expertise Bevan and his family put in, can't be underestimated and the outstanding sale result certainly had a lot to do with their work and efforts," Mr Thexton said.

"The team of bulls offered was chosen from a group of 125 bulls, so they were the elite of the elite.

"Bevan and I drafted them hard and if they weren't up to our target indexes they were out.

"Not only did they have to be right in the figures but they also had to have the physical attributes (structure, temperament, feet etc)."

Taking top price honours in the sale was Lawsons Prophet Q1615 which was catalogued in lot 14 when its final price was locked in at $13,500 at the end of the sale.

The 648 kilogram bull is a son of GAR Prophet and out of an Ayrvale Bartel E7 daughter which also has Lawsons Tank X1235 and Lawsons Pono V436 in its pedigree.

Mr Lawson said Q1615 was a standout from a performance and visual perspective.

"He has a great butt shape, is very easy calving and has high growth," Mr Lawson said.

Mr Lawson said more than 130,000 doses of Prophet semen has been sold and used widely around the world for a good reason due to its performance.

"But equally impressive are the maternal efficiency of Q1615," Mr Lawson said.

"He is well below average mature cow weight (MCW), which is consistent with our breeding objective to breed high performance progeny from moderate, fertile cows.

"Both Prophet and E7 do this as well as any Angus bulls in the world."

Mr Thexton said Prophet Q1615 was purchased by a South West operation which had been buying from the stud for eight years.

"The operation runs a straight-bred, commercial Angus herd of 400 cows and likes what the Lawsons genetics produce," Mr Thexton said.

"This bull was an outstanding calf and a clear choice as the best bull in the sale."

Mr Thexton said this buyer was also based in the South West and runs a pure commercial Angus breeding herd.

The 602kg, Momentous Q1702, is by Lawsons Momentous M518 and out of a GAR Prophet-Lawsons Bartel E7 daughter.

"This is one thing that the market in WA is starting to recognise and reward producers using superior, predictable Angus genetics," he said.

Lawsons Momentous M518 was purchased by a WA syndicate for $33,000 at the stud's 2018 Hopetoun sale and is now one of Genetics Australia's leading AI sires.

Mr Lawson said they had been looking forward to having these Momentous sons available to clients for some time and were happy with the way they sold.

"He's an exceptional sire and the most elite, complete sire we have bred," he said.

"Momentous's exceptional structure and temperament has been noted by everyone that has seen him at Genetics Australia and these traits are also stamped in his progeny."

Also attracting the attention of buyers were two Alloura Get Cracking G10 sons which were offered in lots one and two.

Mr Ravenhill echoed the comments of Mr Lawson and Mr Thexton and said it was a fantastic sale and the final sale result showed the confidence the buyers have in not only the Lawsons genetics but also the AuctionsPlus system.