Best Environmental Technologies is on a mission to help farmers of all kinds improve their soil. 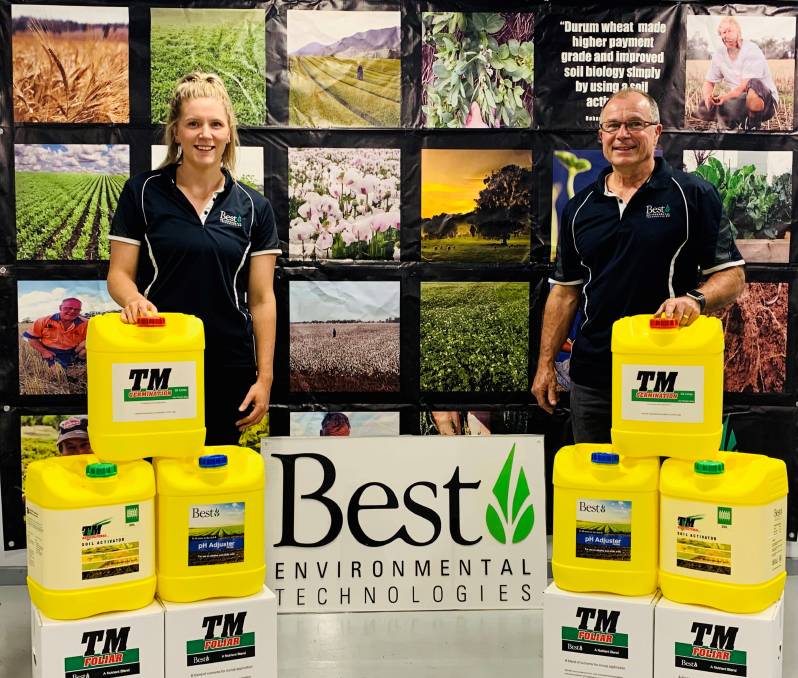 Things aren't growing the way they should. My place is going backwards.

This is how some farmers across the country have felt. And for many, this has started their journey with Best Environmental Technologies. And they haven't looked back.

Best Environmental Technologies is a family-run, 100 per cent Australian-owned company, and for business manager Darren Falconer, the mission is to help farmers of all kinds improve soil health.

"Our goal is to help producers reduce inputs, minimise risk, both financial and health, improve soil structure and produce nutrient-dense food," he said.

"This can lead to increased carbon and organic matter, higher nutrient density in plants and improved animal health."

Neville Hunter, who runs sheep and cropping at Kojonup, WA, admits he was skeptical when he heard about Best. But once he tried TM Agricultural on 40 hectares, it changed his mind.

"I was absolutely blown away," he said. "There was a 100-millimetre hardpan, and yet the crop roots were down 18 inches."

"The carbon levels were right up, and the soil now keeps the moisture when it needs it and gets rid of what it doesn't."

Mr Hunter said he had seen an increase in his wool clip since using the product.

"I'm now shearing every six months, and I'm getting 85mm of wool in six months," he said. "My lambing percentages are higher too." 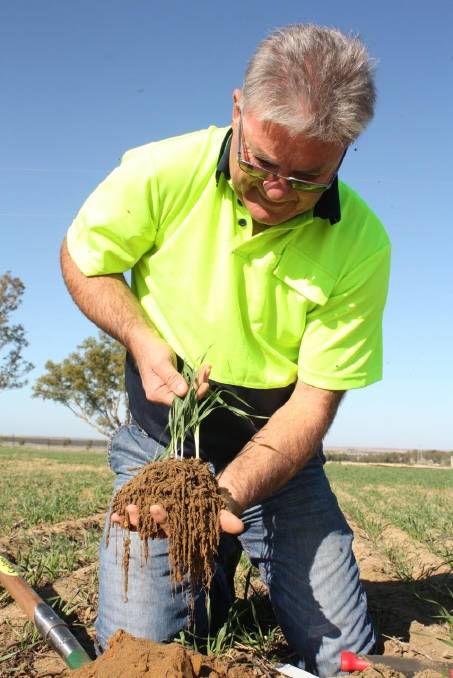 For Roger and Genevieve Sendall, cropping and sheep farmers from Burren Junction, NSW, being more 'morally aware' of what they were producing sparked their interest in Best.

"We just started to question our farming practices," Mr Sendall said. "It just wasn't adding up."

"And I started to see the bigger picture. I needed to start producing healthier meat and fibre," Mr Sendall said.

Mr Sendall said looking after the soil was crucial.

"For so long, we've forgotten about the soil. We just think it holds grass. But it's our most valuable asset."

Mr Sendall said Best products were not just for biological or regenerative farmers.

"It's for everyone. Even traditional farmers can get benefits from Best products," he said.

Stuart McAlpine, a longterm TM Agricultural user in Buntine, WA, and well-known advocate of regenerative farming, said he saw amazing changes when evaluating crops and pastures treated with the product.

"I saw softer soils straight away, prolific roots on the plants, better pest control and efficiency in the soil," the cropping and Angus farmer said.

"And I was thinking 'what the hell is going on here?'.

Getting to the root of the problem, and fixing it

The agronomist for Best Environmental Technologies, and broadacre farmer with her husband John at Wee Waa, NSW, says following up with farmers using Best products is a crucial, and very satisfying, part of her job.

"I see huge improvements in the texture, colour and even the smell of the soil," she said.

"We are working with native microbes in the soil, and producing healthy, resilient crops without spending money on rescue chemistry." Mrs Knight has a simple way of explaining the importance of the soil.

"It's like a solar system," she said. "The plants' leaves are like your solar panels, the soil is the battery, and the microbes are charging the battery. But if you don't have microbes in the soil, they can't charge the battery. And this is when plants totally rely on fertiliser."

Mrs Knight said the products allowed farmers to slowly reduce their synthetic fertiliser, pesticide and fungicide usage while maintaining or even increasing yield.

She said Best products also helped break down chemical residues in grain as well as enhancing the nutrition in the end product.

"Some crops are testing higher in nutrient density than some organic produce," she said.

Mrs Knight said the products also helped increase the brix, or the sugar levels, in crops, which means insects can't digest the plant.

"TM doesn't add to the biology of the soil - it just activates what is already there," she said.

Best broadacre agronomist and Ballarat farmer Barry Robinson found that his fertiliser didn't seem to be as efficient as he wanted.

And as an agronomist, he saw the same problems cropping up.

"I got sick of jumping fences and recommending insecticides," he said. "I thought - is there another way to do this?"

He said he looked at Best trials in Australia and Canada.

"Things happened that I had never seen before," he said.

"When I've done follow-ups with farmers, I've seen changes in the first year," he said. 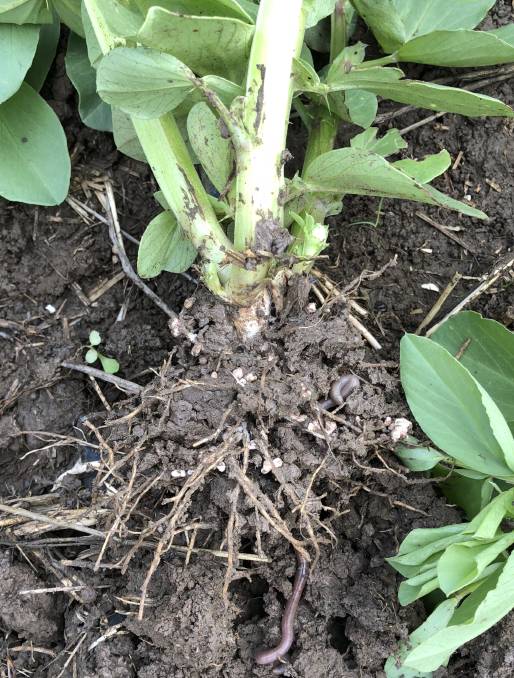 "There was a canola crop in the Riverina during a dry year that had been applied with TM. And it was still flowering profusely when all the neighbouring crops had faded, because of its improved root development."

The story Farm health from ground up first appeared on The Land.