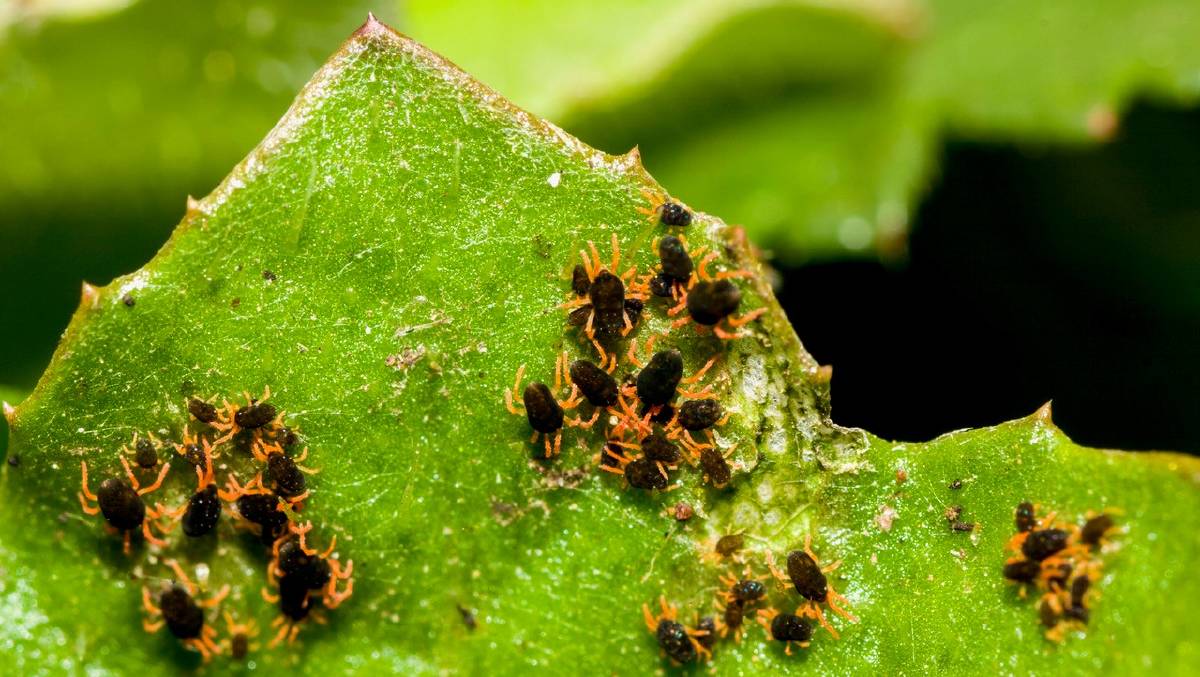 Red legged earth mite are on the march. Photo: Cesar.

The early autumn break has been fantastic news for croppers - but it's also fantastic for red legged earth mite.

FARMERS across Victoria, South Australia and NSW are reporting some of the earliest infestations of the crop pest red legged earth mite (RLEM) seen in recent years.

She said RLEM hatching relied on rainfall and cool temperatures.

This year, the early autumn break, which has been a boon for croppers looking to get their crops in early, has had the negative side effect of being equally good for RLEM.

Ms Severi said research showed that in south-eastern Australia the process of RLEM egg development in autumn requires at least 5 mm of rain accumulated over five consecutive days or less, followed by 10 days of average daily temperatures remaining below 16°C.

Cooler districts such as Victoria's Western District and more elevated parts of NSW's south-west slopes, achieved these conditions in April.

Now even warmer and drier areas, such as the Mallee and the Central West have also had conditions that allow RLEM to hatch.

Birchip Cropping Group (BCG) said in its regular technical update that many of its members, primarily in north-western Victoria, had reported worrying numbers of RLEM on untreated crops, although canola with seed treatment is better.

The mite is especially damaging on broad leaf crops and pastures.

He said it was not just a pest of broadleaf plants but could also do damage to cereal and grass species.

RLEM are not the only pests of concern at present.

BCG also reported high numbers of slugs in the southern Wimmera and false wireworm in the Wimmera.