"The only involvement AWI should have with WoolPoll is providing information," Kojonup woolgrower Steve McGuire said. 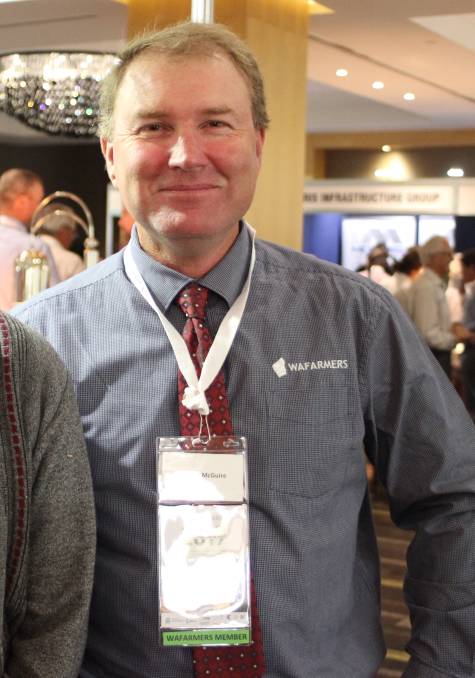 "INHERENT conflict of interest" in WoolPoll should be removed by taking responsibility for it from Australian Wool Innovation (AWI) and having an independent panel run it, according to Kojonup woolgrower Steve McGuire.

"The only involvement AWI should have with WoolPoll is providing information," Mr McGuire said.

"It should be a transparent and quite a simple and straightforward process to determine what the wool levy will be, with an independent panel determining what the choices will be and likely ramifications of each on AWI's projected revenue, with perhaps just a statement from AWI's chairperson putting forward its official view," he said.

Mr McGuire, who lobbied successfully at the 2018 WoolPoll for the 1.5 per cent levy option, stressed he was putting forward his personal views to encourage discussion among woolgrowers.

He said his aim in speaking out was to engage all WA woolgrowers with the Department of Agriculture, Water and the Environment (DAWE) review this month of WoolPoll procedures.

Mr McGuire's personal views did not necessarily represent those of WAFarmers - he is vice president - or WoolProducers Australia - he is a director representing WAFarmers - Mr McGuire pointed out.

"Basically WoolPoll's inherent conflict of interest in my view - where the organisation that derives the benefit of the levy is in charge of running the poll and determining what the levy options to be voted on will be - is forced on AWI by its statutory obligation to conduct WoolPoll," Mr McGuire said.

"A lot of the acrimony and ill feeling about AWI and WoolPoll, I believe, stems from this statutory obligation and the perception of a conflict of interest it creates.

"AWI is seen to set its own marketing and research and development (R&D) budget, then ask woolgrowers to pay for most of it via the wool levy (last financial year the levy provided 67.3pc of AWI's total revenue) by selecting the voting options, by determining explanations of likely impact of each option, by being allowed to have a preferred option explained in the ballot information and by AWI directors and staff actively advocating for their option.

"So some woolgrowers see WoolPoll as a chance for a protest vote against the direction AWI is taking.

"I think the last WoolPoll (when the levy was cut from 2pc for the first time since WoolPoll was created in 2000) was an example of that.

"Some woolgrowers wanted to punish AWI.

"In my view, that's not what WoolPoll is about, it shouldn't be a commentary on AWI's performance, it should be a simple vote on the percentage of income the industry is prepared to contribute to R&D to benefit the industry.

"A lot of the problems would be removed, I believe, if the running of WoolPoll was handed over to an independent panel - with AWI maybe allowed one member - and conducted by a simple and transparent process."

Mr McGuire said he believed a statutory requirement for a zero levy option, as one of three to five options allowed on the ballot paper, was "unnecessary".

"What is a vote for a zero levy?

"It's effectively a vote to wind AWI up by starving it of revenue for the next three years," he said.

"If woolgrowers think strongly enough that for some reason AWI should be wound up, surely they shouldn't have to wait up to three years for the next WoolPoll to be able to move on that.

"I'd be happy to give up the zero levy option as a trade off for some other mechanism that would enable a vote of all levy payers on the future of AWI to be held once certain criteria were met."

Mr McGuire also said he believed having only three options on the ballot paper, one being the "status quo", could be sufficient.

"From what I understand of the results of the last WoolPoll, the options above the 2pc status quo (ballot paper options were 0, 1.5, 2, 2.5 and 3pc) only got somewhere between 5pc and 10pc of the total vote, so what was the point of having them there?" he asked.

Mr McGuire said AWI should retain the ability to choose how much of its budget is spent on R&D and how much is spent on marketing.

AWI has welcomed the DAWE review of WoolPoll.

"This is an opportunity for woolgrowers to have their say in response to the Department's discussion paper and provide their ideas to improve how WoolPoll is conducted," AWI has said.

Woolgrowers have until May 29 to make a submission on the WoolPoll review, see haveyoursay.agriculture.gov.