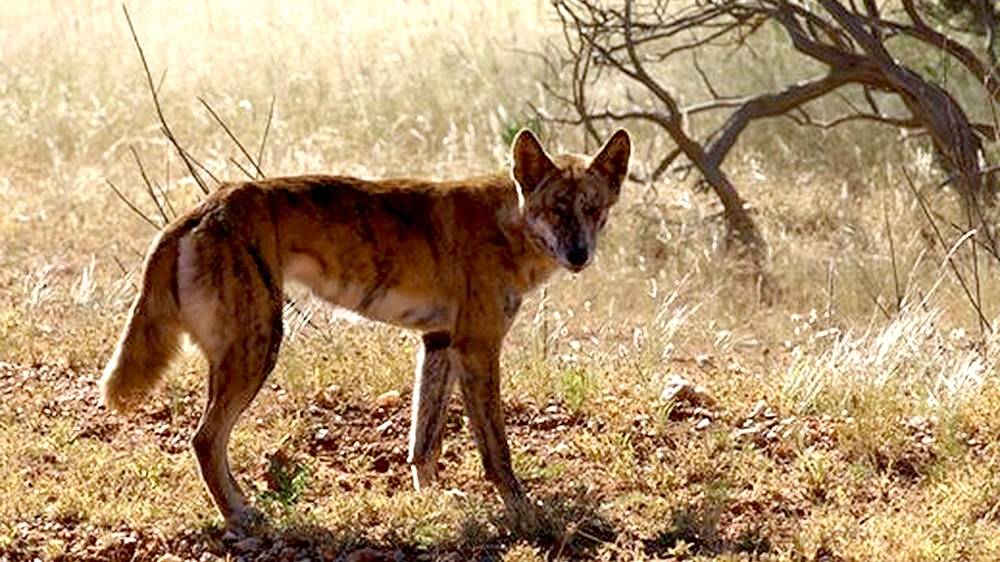 Wild dogs have been reported in the West Midlands region and efforts are being made to halt their advance through baiting, trapping and shooting by landholders.

The West Midlands Group (WMG) has made the most of some extra time on its hands because of COVID-19 restrictions to undertake a long-standing plan to develop a podcast series called Paddock Chat for farmers in their region.

THE West Midlands Group (WMG) has made the most of some extra time on its hands because of COVID-19 restrictions to undertake a long-standing plan to develop a podcast series called Paddock Chat for farmers in their region.

WMG communications officer Kirra Holley used the conference calling app Zoom to link up with Chris O'Callaghan, from the Midlands Biosecurity Group (MBG), and wild dog expert Jim Miller, from the Department of Primary Industries and Regional Development, Carnarvon, to chat about how the group was tackling wild dogs in the region.

The conversation was recorded in mid-April and has been made available on WMG's website.

Ms Holley said the podcast idea had been on the backburner for two years.

"We noticed that there was something missing in our area," Ms Holley said.

"There was no one talking about issues specific to our area in the West Midlands.

"We decided to do something more local, to listen to what farmers were talking about and get the information out to a wider audience."

The first in the Paddock Chat series, Pest Management Starts at Home, discussed the impact of wild dogs on livestock production in the region and how to best manage the growing numbers.

The 30-minute conversation covered all aspects of what Mr Miller has previously presented in workshops to various audiences, particularly the importance of baiting and trapping in co-ordination with other landholders.

"It's good to get the information out for those who haven't been able to get to a workshop," Ms Holley said.

"It's a good way to reach more people."

Mr Miller said shooting wild dogs was usually opportunistic, so a 50:50 mix of trapping and baiting all year long was vital to keep on top of them.

Doing so would also help reduce the fox population.

"Baiting alone is not the key but if we manage to clean up foxes that's a good thing," Mr Miller said.

"Two dogs one season can be seven dogs next season," he said before discussing the community and legal responsibility landholders had in managing feral pests on their properties.

Mr Miller also highlighted the use of netting fences, which had been used by farmers in the past, to keep dogs out and protect small livestock from attacks.

"If we don't do anything we will not see any small stock in the West Midlands."

Mr Miller used the rangelands as an example of how wild dogs would drive producers out of the industry if their population became uncontrollable.

He said 10 years ago he would never have thought wild dogs would be a problem in the region but it had happened "textbook" style.

"What we said would happen is happening now," Mr Miller said, particularly in the past 12 months.

Mr O'Callaghan confirmed that there had been a growing number of "stock attacks, with reports starting to increase".

While the MBG has a pest management plan for foxes, wild dogs, pigs and rabbits, it has focussed this podcast on wild dogs in order to raise awareness to attract more landholders to the biosecurity group.

The next podcast will cover considerations for the cropping season ahead with Juliet McDonald from Summit Fertilizers.

"We have had a little bit of feedback so far from members and industry and are keen to develop our content and our reach," Ms Holley said.

"It's been successful so far.

"At the moment we are just letting it take off organically."