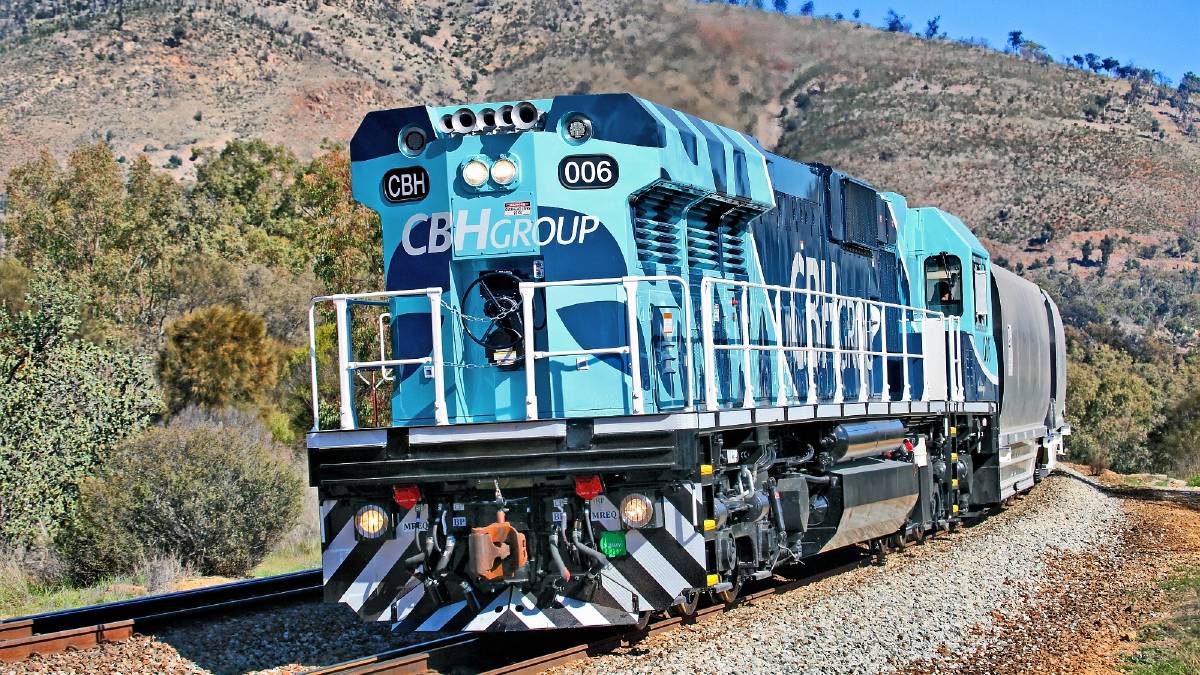 A lobby group headed by a union representative is pushing for some Western Australian Tier 3 grain train lines closed since 2014 to be reopened. 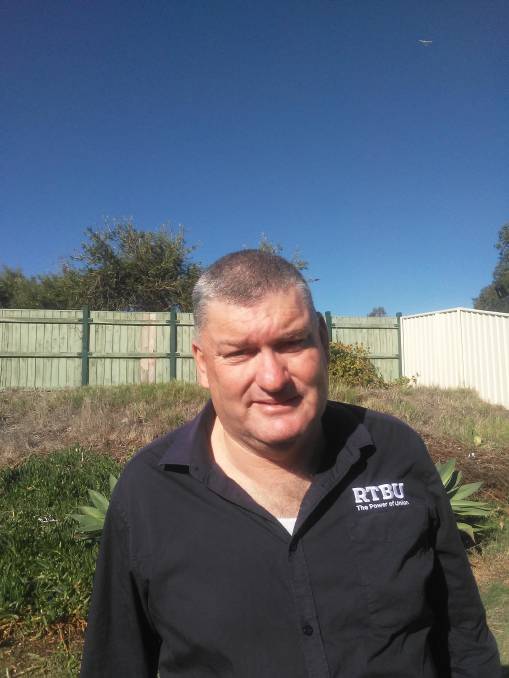 WA Rail, Tram and Bus Industry Union branch secretary Craig McKinley is behind the push to open up Tier 3 rail lines in the Wheatbelt.

A LOBBY group headed by a union representative is pushing for some Western Australian Tier 3 grain train lines closed since 2014 to be reopened.

At the group's behest, the Labor Party's State executive last Friday called on the State government to commission an independent investigation of the economic and environmental impacts of the lines closure on the WA economy and its future development.

It includes members from local shires, farmers and former members of the Railway Retention Group Alliance.

The group said it plans to seek support from both State and Federal governments for reopening of the grain lines.

Mt McKinlay told Farm Weekly he was "dismayed" to learn none of the the Federal government's promised $868 million for transport infrastructure in WA over four years, announced last November, would go towards regional freight corridors.

"We are not trying to smash the water-tight lease agreement with Arc (Arc Infrastructure has a lease agreement to operate the State's freight rail network until 2049), but rather procure external money - not from CBH or Brookfield (Arc Infrastructure was Brookfield Rail prior to a name change) - but from the government and we want to get the Tier 3 lines reopened on a commercial agreement within the existing contractual parameters.

"We're allied towards the powerful left wing faction that has the ear to the government, so that's very advantageous for us."

Mr McKinlay said the estimated cost to get some Tier 3 rail lines back up and running was anywhere between $60m and $100m.

"We are chasing a small portion of the $868m earmarked for transport infrastructure and there is also going to be some COVID-19 stimulus that we are hoping to attract," he said.

The lobby group is initially targeting the reopening of the Quairading and Kulin lines and said it had support from Quairading, Kulin and Narembeen shire councils.

Mr McKinlay said Arc and Watco Australia (which provides crews for CBH Group grain trains under contract) had expressed support for the group's proposal to have Tier 3 lines reopened.

Quairading Shire chief executive officer Graeme Fardon said a meeting with the RTBU had provided the spark to recommence lobbying for the reopening of the lines after a long hiatus because of the extended arbitration process between CBH and Arc which concluded last November with a six-year rail access agreement for grain trains on Tier 1 and Tier 2 lines.

"It will be a major advantage to our growers and ratepayers if we can have a direct line that can be loaded in Quairading through to York and straight down to Kwinana, so there will be no double handling," Mr Fardon said.

"The two lines that we are initially targeting will be the most beneficial to growers.

"The Quairading-York line particularly, because it runs due west to connect with the existing narrow-gauge (line) heading York to Northam - so it really is a no-brainer.

"The equation is 57 road trains equals one rail train, so that's obviously a massive factor on all Wheatbelt roads, but particularly between here and York.

"At the moment CBH grain is either carted out to Cunderdin on the Quairading-Cunderdin Road, which has had major road works but not the whole way across to Cunderdin, so there are still some very dangerous sections on that road and likewise, the road works between here and York have only been partially completed to carry out the task." 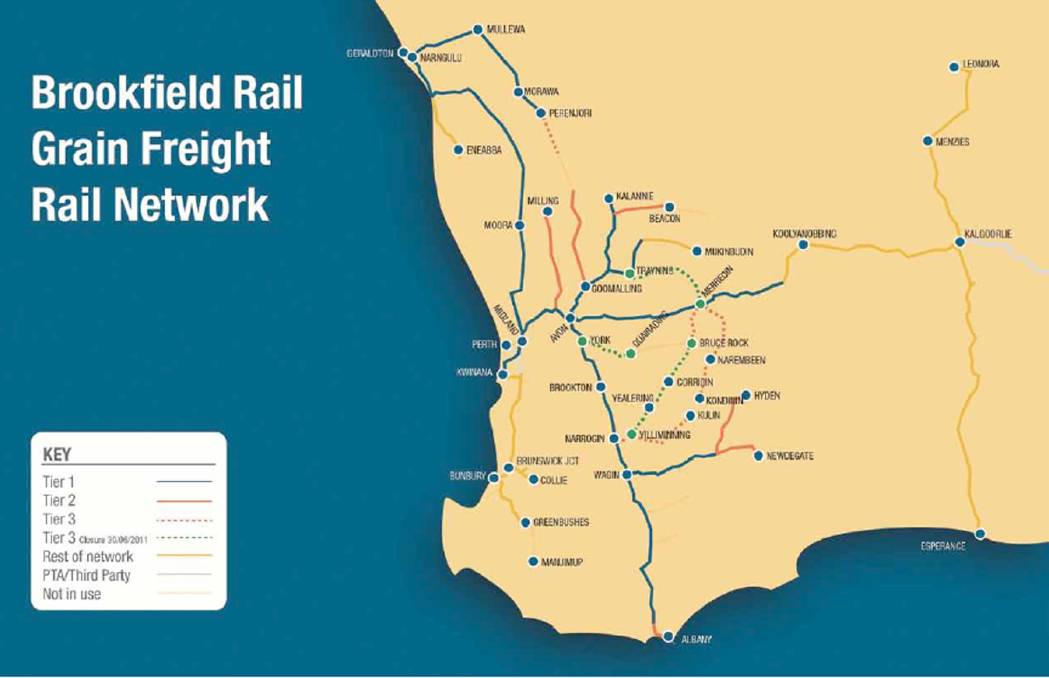 The motion passed by Labors State executive last Friday was: The WA Labor State executive calls on the State government to commission an independent Environmental and Economic Impact Statement on the closure of Tier 3 Rail and the Rail Freight Lease Agreement, and the effect this has had on the State economy and States future development.

Mr Fardon said although the lobby group had resolved to target reopening the Quairading and Kulin lines first, it was looking for an overall commitment of investment from governments to reopen all of the Tier 3 lines.

With rapid rail loaders already in place in his town Kulin Shire president Barry West said the reinstatement of the line would make a huge difference to the local economy.

"Our freight rate is over $26 per tonne and we'd like to think that we could get that down to $20 per tonne," Mr West said.

"We aren't happy with that because the cost shifting has really come on to the local growers and we've lost the guys that used to bring grain to Kulin from Pingaring/Lake Grace as well.

"There are advantages in selling grain through Kwinana."

Mr West said he had been pushing parliamentarians to reinstate the rail line from Narrogin to Serpentine, but that it was a five-10 year project.

"The Albany Labor Party branch put a motion up to reinstate that line, so we're getting support from down there as well," Mr West said.

"But if we can put that line back in - all these lines that were designed to go to port - from Narrogin down to Pinjarra, can all go to Kwinana port instead of Albany and we can divert grain where we want.

"Mining has been boom-bust, but agriculture is steady-steady and we basically underpin the whole economy of WA - so more capital needs to be put into it."

Former WAFarmers president and Hyden farmer Colin Nicholl told Farm Weekly the rail grain freight network needed to be expanded as much as possible, as "the more active rail is, the more productive it is and the lower prices are going to be".

"If the government is prepared to put money into upgrading the lines, then the access fees should be a lot lower," Mr Nicholl said.

"We need a better system of handling our grain by rail all throughout the State and it really needs some forward thinking in that we need to work out what lines need to be done.

"We either need to transfer grain from narrow gauge onto standard gauge at Merredin or we need to do the line up between Merredin and Mocardy and Dowerin and those trains from Kondinin can go straight up and down to Kwinana without transferring grain at Merredin, as there is a cost at Merredin."

Quairading wheat and sheep farmer Greg Richardson told Farm Weekly a government investigation of economic and environmental impacts was the "last roll of the dice" to get the Tier 3 lines running again.

"If we need the union to come in and get this off the ground - well then fantastic," Mr Richardson said.

"CBH are a bit more shackled than us farmers are with this issue, but Craig has come along with the union push which has been really helpful.

"I think I'm the only one in Quairading that has ever believed the Tier 3 would get up again.

"I've been hanging onto the fact that before they graveled over the rail lines for the trucks, they put a plastic or rubber covering over them - so that if ever that line reopened, those tracks were still there.

"That's given me hope for the past six years.

"Main Roads also did some road work in between Quairading and York and they narrowed the road in where the railway signs were, so that also gave me hope that one day those lines would be reopened."