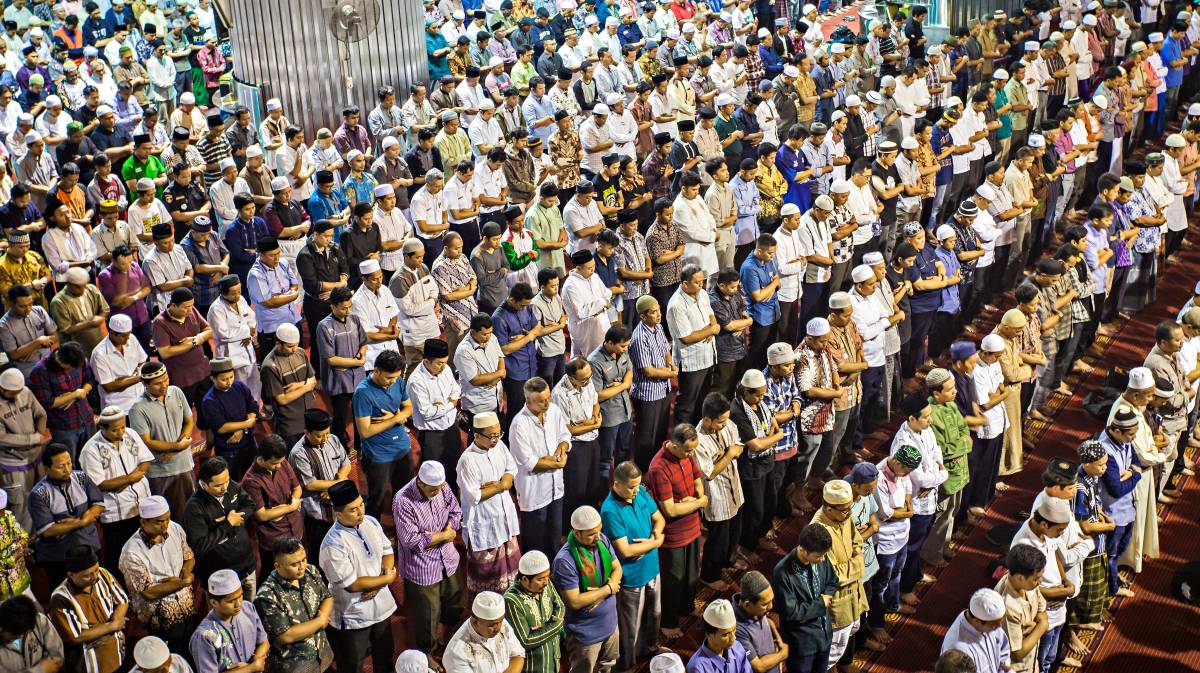 Muslims Praying together in Istiqlal Mosque during Ramadan 2018 in Jakarta. Photo: Shutterstock

Our COVID-19 Informer will keep you up to date with everything you need to know today.

On Thursday, the nation had its largest daily jump in coronavirus cases - a whopping 40 per cent up on the 24 hours before.

The fourth most populous nation in the world confirmed 973 new infections, bringing its total confirmed number of cases to 20,162. There were 36 new deaths yesterday, taking the official number of fatalities to 1278, health ministry officials said.

It took 60 days for Indonesia to hit 10,000 cases, but just 21 days later that number was doubled. On a positive note, the number of patients who have recovered has increased to 4838.

Now what has authorities concerned, the Jakarta Globe reports, is how an important religious holiday will test social distancing measures.

"This is a very critical moment for us, before and after Lebaran," the National Covid-19 Task Force head Doni Monardo said.

Lebaran, is the celebration that comes at the end of Ramadan, the Muslim month of fasting. And that falls this weekend.

Last year, around 19 million people left Greater Jakarta to celebrate in their hometowns and many more flocked into Jakarta and its satellite cities afterward. A travel lockdown for Ramadan largely quelled that movement of people but it was not 100 per cent followed, authorities say, and a population swell of sorts is expected.

"We are worried that people from new epicenters of the outbreak return to Jakarta as the carrier of the virus. If that happens, all our efforts all these times will be useless," the taskforce boss said.

The importance of social distancing was further emphasised when new research from Columbia University epidemiologists was released this week.

Researchers found that had social distancing had been in place seven days earlier, the United States could have prevented 36,000 deaths from COVID-19 in early May - about 40 percent of fatalities reported to date.

"If you don't take steps to fight the growth rate aggressively, you get much worse consequences," Jeffrey Shaman, an environmental health sciences professor who led the study, told The Washington Post.

And it is social distancing - or lack of - that is concerning European health officials now, too.

A surge in visitors to beaches in northern Europe after coronavirus lockdowns eased and weather improved has alarmed experts, the BBC reports.

Three towns in France shut their beaches on Wednesday because of the "unacceptable" failure of people to observe social-distancing rules.

Municipalities in the Netherlands also have urged German tourists not to visit.

Did you know you can receive this digest twice a day by email. Sign up here.

The story COVID-19 critical time ramps up for Australia's neighbours first appeared on The Canberra Times.