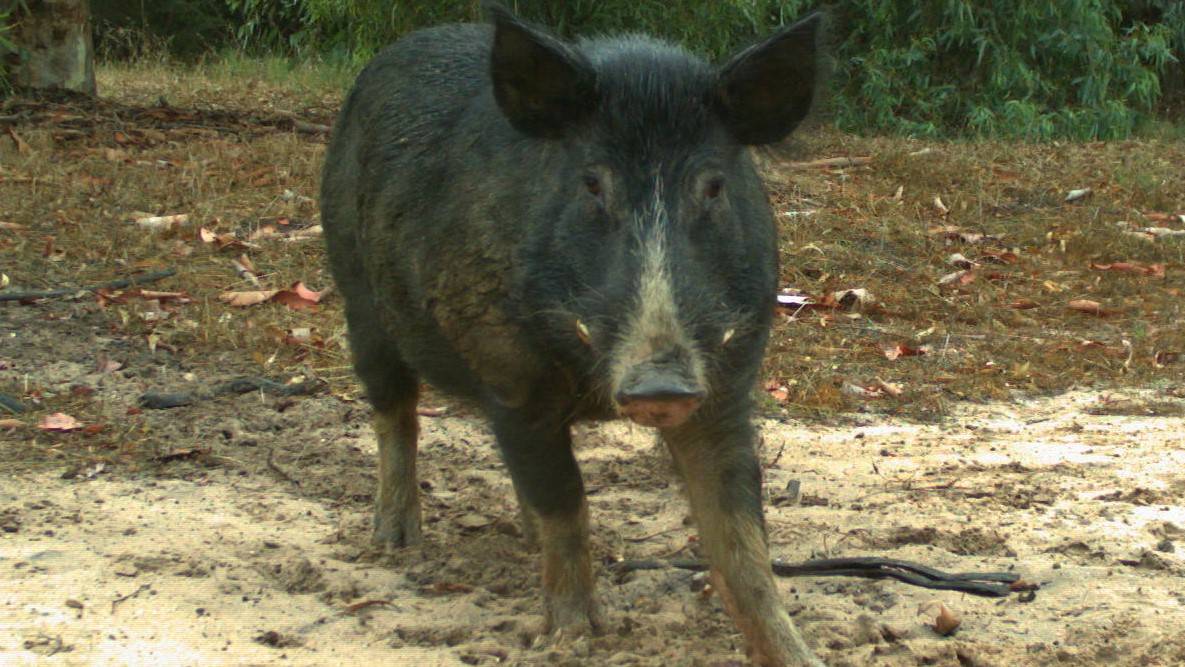 "In terms of the risk management we're doing for the potential arrival of ASF in Australia, we know its inadvertent arrival in infected meat brought in from overseas is a critical risk," Ms Andrae said.

"That's why Federal border checks have been strengthened, why more sniffer dogs have been deployed and why people are being deported for illegally importing meat in their luggage."

"Scraps of imported meat infected with ASF, which end up being consumed by pigs either via careless swill feeding or at a local rubbish dump, is how the disease island-hopped its way through South East Asia all the way to Papua New Guinea," Ms Andrae said.

"Our airports, seaports and international mail centres are the frontline in our defence against ASF.

"For pork producers, controlling the incursion of feral pigs near pig farms is the second vital line of defence in upholding on-farm biosecurity and protecting our pigs from this devastating disease.

"The work by producers to strengthen on-farm biosecurity is crucial, as is the stakeholder collaboration being led by national feral pig management co-ordinator, Dr Heather Channon."

"The companies have purchased two $8000 traps and are funding two experienced trappers."

Local farmers are collaborating in the initiative by providing property access to trappers and grain to attract feral pigs into the traps, which are fitted with cameras and remotely operated gates.

Since October, 130 pigs have been trapped and euthanised.

"Concerningly, it was only a matter of weeks until one of the boars was located on a piggery boundary.

"This program highlights that strong local landholder engagement, support and commitment is needed to address risks posed by feral pigs at the local level and to monitor their impacts."

Dr Channon said Westpork and CM Farms were seeking support from other landholders, including other pork producers, to strengthen feral pig management in agricultural areas in WA.

They are also proactively engaging with stakeholders already involved in feral pig management programs, like the Lake Muir-Denbarker Community Feral Pig Eradication Group which was established in 2000.

"Opportunities for collaboration by the wide range of stakeholders impacted by feral pigs, to look at ways to co-fund projects and share resources is what the National Feral Pig Management Program is looking to see replicated across the country," she said