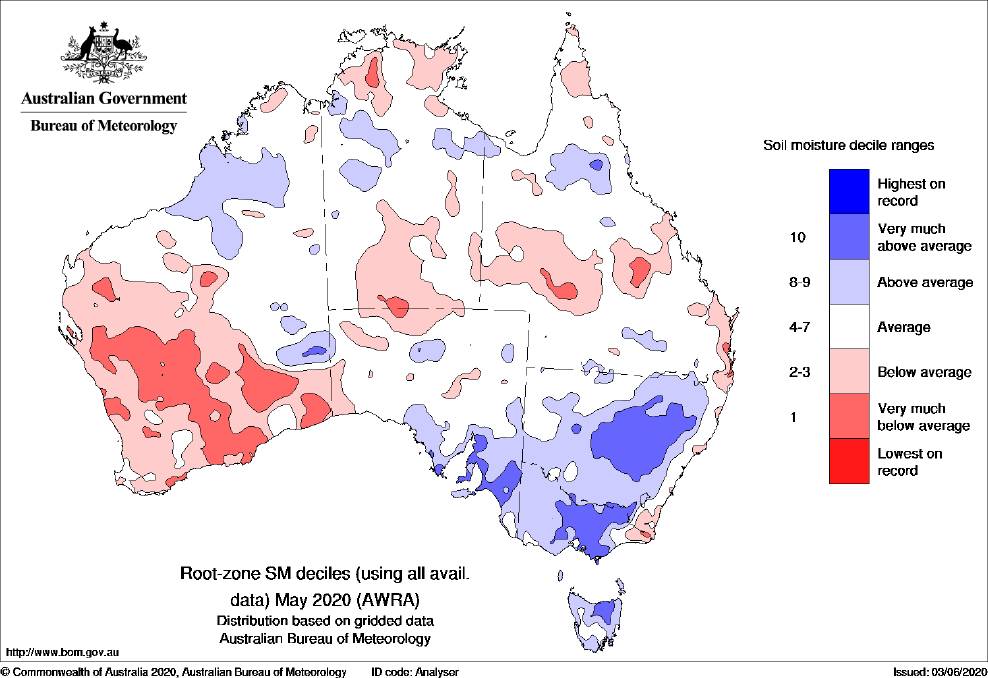 May saw short-term rainfall deficits widespread in the south western third of WA.

RAINFALL was below average for much of the southern half of Australia during May, with short-term rainfall deficits widespread in the south western third of WA.

Compared to April, monthly soil moisture has decreased across the southern half of the State and root-zone soil moisture for May was very much below average for much of the South West.

The latest Bureau of Meteorology Drought Statement, issued on June 5, said rainfall deficiencies at the 26-month timescale, from April 2018 to May 2020, have been removed from much of the Kimberley.

"However, rainfall deficiencies have generally increased over the remainder of the affected areas of Australia at this timescale, compared to those for the 25 months ending April 2020," the statement said.

"Serious to severe rainfall deficiencies are in place for the 26-month period across much of the South West Land Division and along the south coast of WA.

"It will take several further significant rainfall events to turn around those long-term deficiencies."

Large areas of the south western half of WA root-zone soil moisture for May was in the lowest 10 per cent of historical observations. 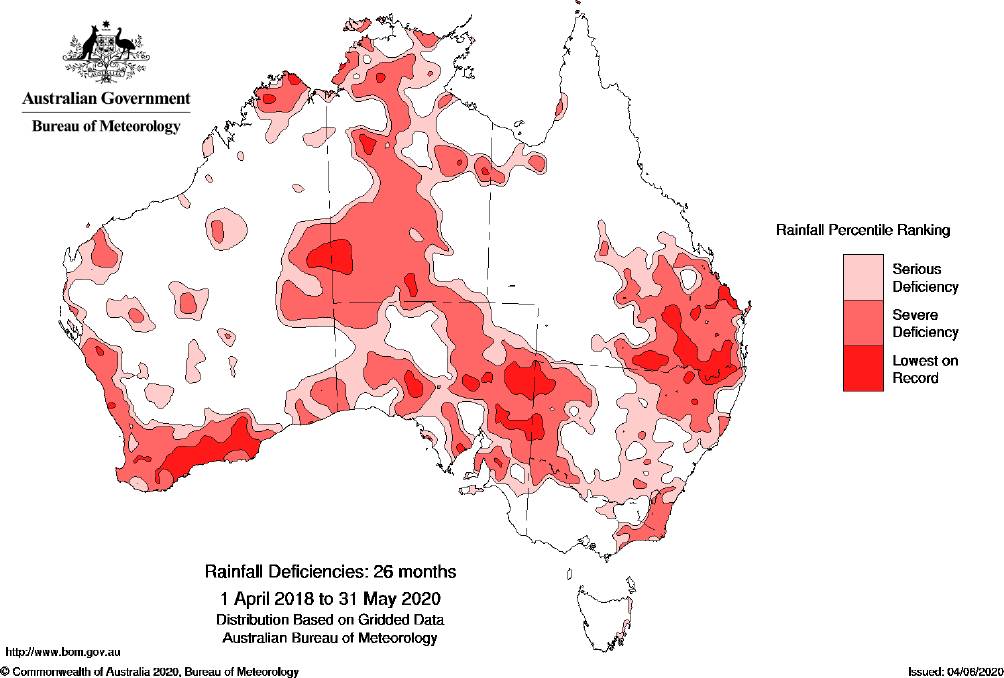