An eleventh area in Western Australia has been officially declared water deficient, after Gairdner in the Shire of Jerramungup was last week added to the list. 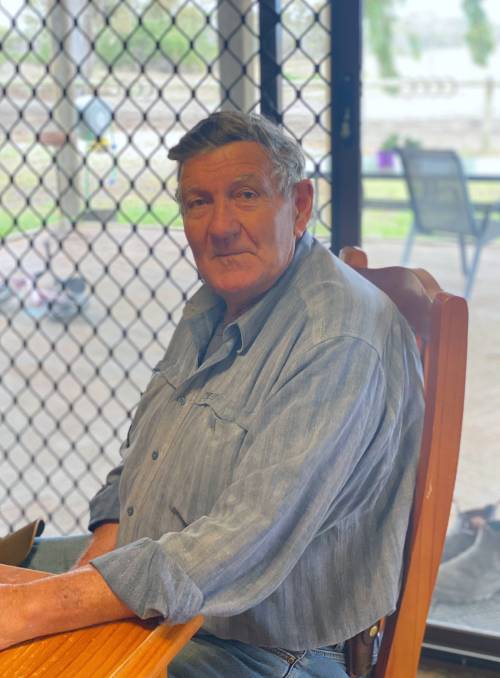 Gairdner farmer Ian Peacock has been carting water for livestock since January.

AN eleventh area in Western Australia has been officially declared water deficient, after Gairdner in the Shire of Jerramungup was last week added to the list.

The State government announced it would start carting water from last Friday to CBH Group's mobile water tanks on South Coast Highway, near the town, to be used for animal welfare needs.

"According to rainfall figures from the Bureau of Meteorology, Gairdner station has experienced two consecutive years of rainfall well below its annual average of 450 millimetres (319mm in 2019 and 294mm in 2018)," Mr Kelly said.

"The 2018 figure is its third-lowest rainfall figure on record, while there has been some recent rainfall in the area, it has not alleviated the need for water carting.

"The 11 concurrent water deficiencies now in place across the region emphasise that the Great Southern agricultural region is one of the most affected places on the planet for reduced rainfall due to climate change."

The official declaration follows an application from Jerramungup Shire on behalf of 10 farmers in the Gairdner farming area and will initially see up to 660 kilolitres of water carted each week.

Water being carted under water deficiency declarations is strictly for emergency livestock watering and, if required, local firefighting emergencies.

Gairdner farmer Ian Peacock said they had been carting water from the Gairdner community dam for livestock since January.

"We've slowly but surely been divesting ourselves of our livestock over the past couple of years because of the dry," Mr Peacock said.

"We sold all our cattle two years ago, they had to go first because they're huge consumers of water and fodder and as things have gotten worse over the past couple of years, we've been slowly divesting ourselves of our sheep flock.

"As late as last week we sent about 1500 sheep to New South Wales, so we're down to about 3500 on the property now, including lambs."

Agriculture and Food Minister Alannah MacTiernan said while the season had broken across much of the agricultural region, areas on the south coast are still experiencing significantly below average rainfall.

"This water deficiency declaration will provide livestock producers in the Gairdner district with relief, so they can look after the welfare of their animals and streamline their farm business operations by reducing the time, effort and cost of carting water," Ms MacTiernan said. In light of continuing water shortages and the need to conserve this precious resource, farmers who are carting livestock water are encouraged to cart to closed storages or tanks rather than into dams where water losses are high through evaporation.

Farmers requiring crop spray water are encouraged to access scheme standpipes for this purpose and should contact their shire or visit the Water Corporation's website for scheme standpipe locations.

Mr Peacock said in terms of rain, this year has been absolutely dire.

"Last year we did get a little bit of rain in late April or early May which allowed us to sow into some moisture, plus we picked up some rain in late August or early September," Mr Peacock said.

This year so far, if we managed to get five or six millimetres out of any of the cold fronts that have come through, we did well.

"We have crop in the ground that was sown in the first week of May that hasn't germinated, there is some patchy barley that's come up, but really we haven't had a germination yet and some of the grain has been in the ground for over six weeks.

Mr Kelly said the State has never before seen such a high demand for water carting, with carting costs for water deficiency declarations at more than $2.8 million as of the end of May 2020.

"In addition, the State government has invested more than $1.5m in 37 projects designed to improve community water supplies, including work on dams, catchments and bores," Mr Kelly said.

"The State is calling on the Federal government to support an expansion of this important work through the new Future Drought Fund."