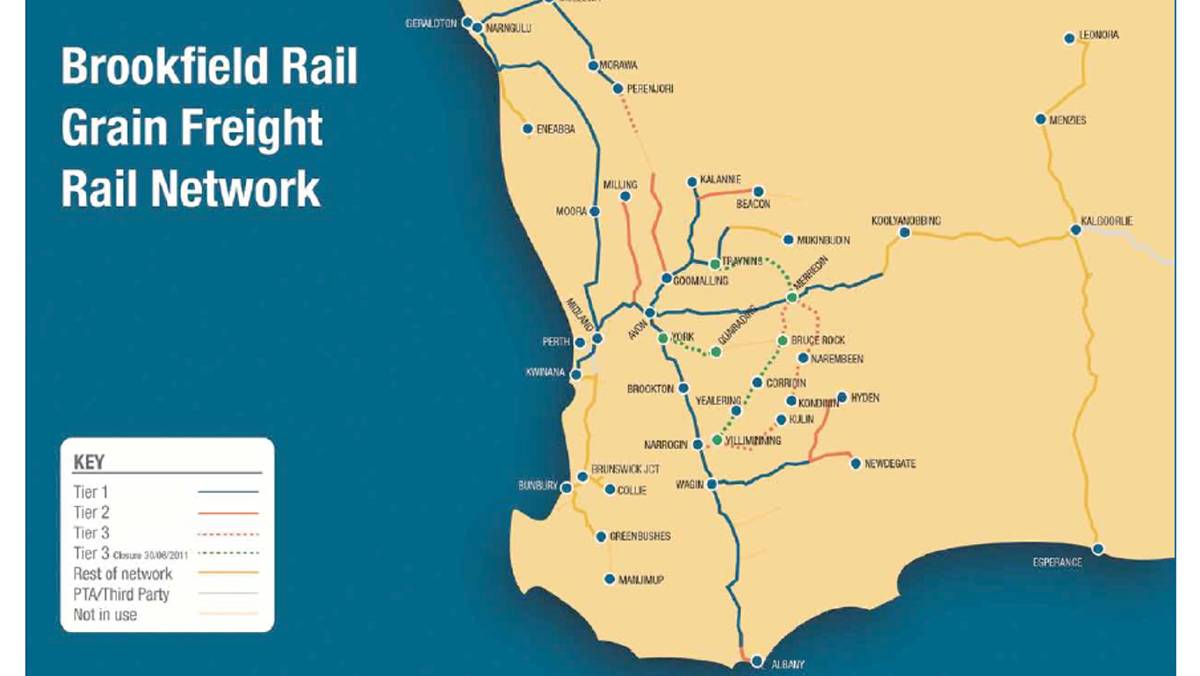 WAFarmers and the Pastoralists and Graziers Association of WA both commented on the issue last week, following on from the State government's announcement that it would commission an engineering assessment on the cost of reinstating the Tier 3 lines.

WAFarmers and the Pastoralists and Graziers Association of WA (PGA) both commented on the issue last week, following on from the State government's announcement that it would commission an engineering assessment on the cost of reinstating the Tier 3 lines.

PGA Western Graingrowers Committee chairman Gary McGill said whilst he welcomed an independent assessment, grain movements to port needed to be "by the least-cost pathway".

"This could be road or it could be rail, but any Tier 3 assessment needs to be done for authentic reasons and not for political purposes," Mr McGill said.

"Preconceived ideas of what may work best need to be tested and validated."

He highlighted the fact that the PGA were major participants in the old Grain Infrastructure Group and its successor, the Strategic Grain Network Review Committee and said the organisation should be involved in the decision-making process that could result in Tier 3 railway lines being recommissioned.

"It is vitally important that taxpayers' money is not expended to satisfy narrow interest groups with a nostalgic romance for the rail.

"Rigour, not rabble rousing, is required."

Liberal candidate for the Agricultural Region Steve Martin told Farm Weekly that while he welcomed a good hard look at the State's grain freight task, a broader perspective on the issue was needed.

"I would welcome investment into the road and rail task of getting grain to port, reducing the cost for farmers and making our roads and towns safer," Mr Martin said.

"But to just cherry pick a bit of the Tier 3 network and say lets have some federal COVID-19 money seems a bit shallow to me.

"Grain growers and regional people will be rightly suspicious of a Labor government that has had more than three years to do something and then with an election just around the corner starts to show interest.

"And what have they actually promised?

Acknowledging that the landscape had changed since the closure of the Tier 3 lines in 2014 due to the CBH network being upgraded and consolidated, Mr Martin said the process still had a way to go.

"The Tier 3 issue has been the subject of a number of reviews, a parliamentary inquiry and extensive negotiations between CBH and Arc Infrastructure - nothing has come out of that process," he said.

"If the Labor Party were serious about investing in the WA grain transport task they would have consulted with the industry and stakeholders, established investment priorities and outlined a properly funded program.

"This effort looks like a cynical attempt to garner support after years of missteps in regional WA."

WAFarmersGrains president Mic Fels issued similar sentiments about the State government needing to take a broader look at WA's grain freight problem, saying the engineering assessment needed to be in conjunction with the development of an overall strategy for the entire transport network in WA.

"While we appreciate the State government taking these first steps, WAFarmersGrains has long advocated for the State government to actually develop a short, medium and long-term transport strategy - not just agriculture and not just rail, but all freight and transport avenues, to make sure the needs of business and the community are properly met, well into the future," Mr Fels said.

"It was the absence of any vision or strategy that resulted in the closure of the Tier 3 lines in the first place, when the roads were not even close to suitable for taking the extra truck sizes and weights that used to move on the rail lines.

"So now we live in the frightening scenario of road trains sharing dilapidated roads with school buses and families going to the shops or kids' sports on a daily basis." 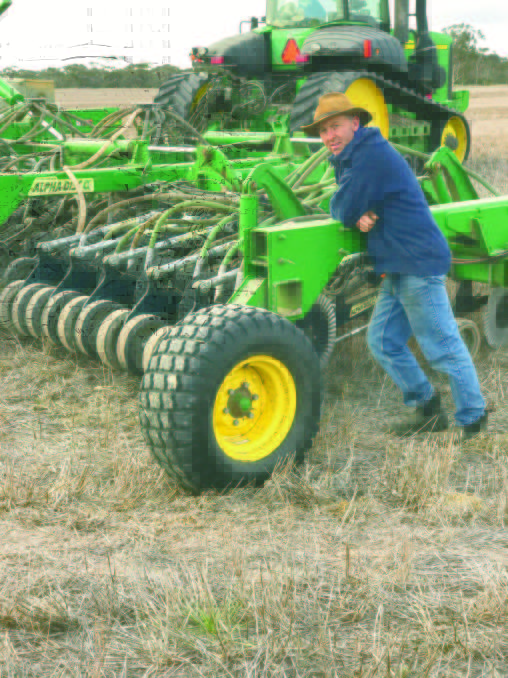 Mr Fels said road infrastructure also needed to be prioritised for investment in the inevitable rationalisation of the CBH grain network and that any transport analysis needed to consider the economic and social outcomes of the various options.

"But most importantly, this is a matter of the safety of everyone in the regional communities that are literally the powerhouse of our export economy."

Mr Wilson accused the State government of lagging behind other States in funding capital works to provide jobs and to stimulate the economy in the recovery from the COVID-19 pandemic shut downs.

Reinstatement of the Tier 3 lines would be an "ideal" capital works project for the State government to initiate to boost employment and the economy, Mr Wilson said on radio.

But his media adviser later said Mr Wilson did not wish to elaborate on his earlier comments.

Responding to Mr Wilson's comments, Transport Minister Rita Saffioti said he didn't "do the work or understand the issue before he comments".

"In over three years, he hasn't written to me or sought to discuss this very important issue," Ms Saffioti said.

"He is meant to represent the grain growing area and you would think he would take a more proactive, positive approach."

Following the conclusion of the arbitration process between CBH and Arc Infrastructure in 2019, Ms Saffioti said the department had continued to engage with grain growers, visiting the Kulin Shire in January 2020.

"They put forward their strong views in relation to Tier 3 and the potential benefits of putting more grain on rail," Ms Saffioti said.

"We undertook to commence further assessments to advise on the timing and cost required for potential rehabilitation and in March 2020, I approved the Public Transport Authority (PTA) commissioning an engineering assessment of the Tier 3 lines.

"This could form the basis for a future business case, which could be the basis for future submissions to the Federal government for funding."

The engineering assessment of the Tier 3 lines will be completed by independent engineering firm Agonis Group and is anticipated to be undertaken over the next three to four months.