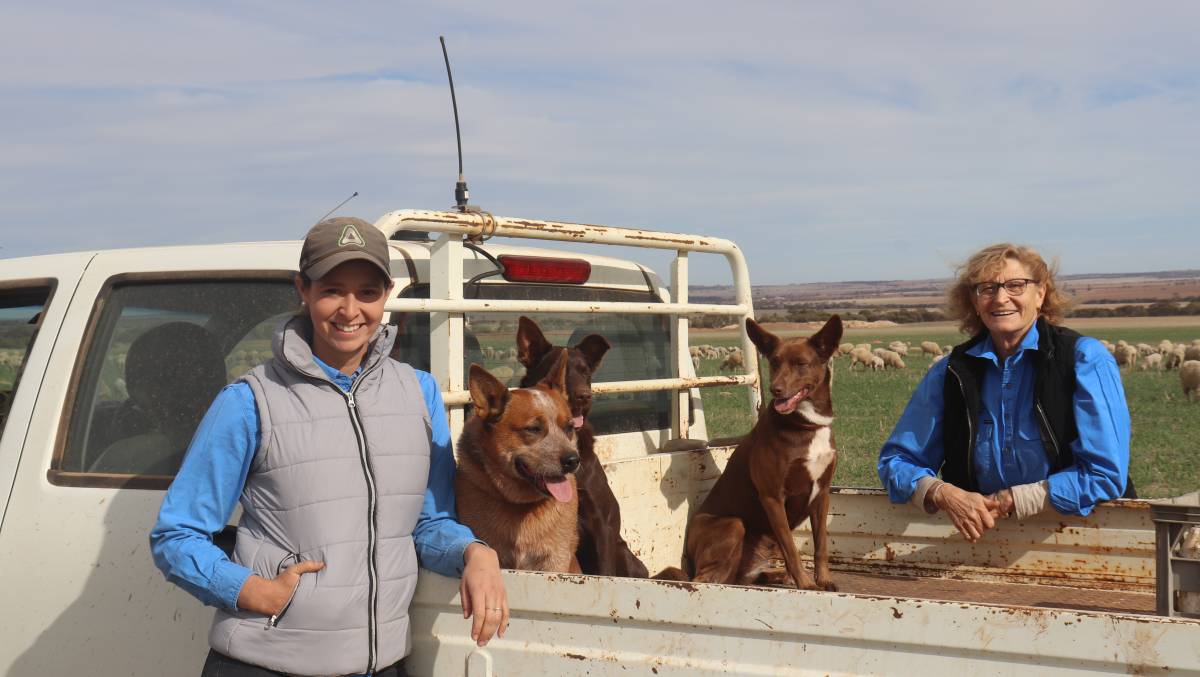 "I was excited about the prospects of working with family & on the land," Jessie said.

DRIVEN by her passion for agriculture Jessie Davis (Dixon) returned to the family farm, Fairview Farm, where she helps run their sheep and cropping enterprise at Narembeen with her parents Murray and Vicki Dixon.

The Dixon family acquired the farm in the 1930s, with Jessie becoming the fourth generation to work the property.

After graduating from Muresk in 2010 with an Agribusiness degree she went on to work for Agworld in sales and support, before heading to Katanning where she was involved in the development of the Multicultural and Aboriginal Engagement and Enhancement SuperTowns projects.

In 2014, having experienced life away from the farm Jessie decided to return home to be a farmer.

"I was excited about the prospects of working with family and on the land," Jessie said.

Their property consists of 4000 hectares on which a flock of 1400 mated Merino ewes are run, equating to a 70 per cent cropping and 30pc livestock ratio.

The cropping program is made up of mostly cereals with some canola and lupins on rotation.

Of the 30pc land used for the sheep, half of it is used for pasture improvement paddocks.

"We improve the paddocks by planting a clover or a tillage radish with either an oat or winter wheat ," Jessie said.

As a trial the business planted some oats early in the year as a grazing crop for the sheep.

"We planted oats on February 29 and the twin bearing ewes and their lambs are grazing that now for the second time," Jessie said.

"It has done quite well.

"It got grazed back to nothing and then it didn't rain and I thought well that was a quick trial but it came back with that last rain (26 millimetres) we had two weeks ago (end of May)." 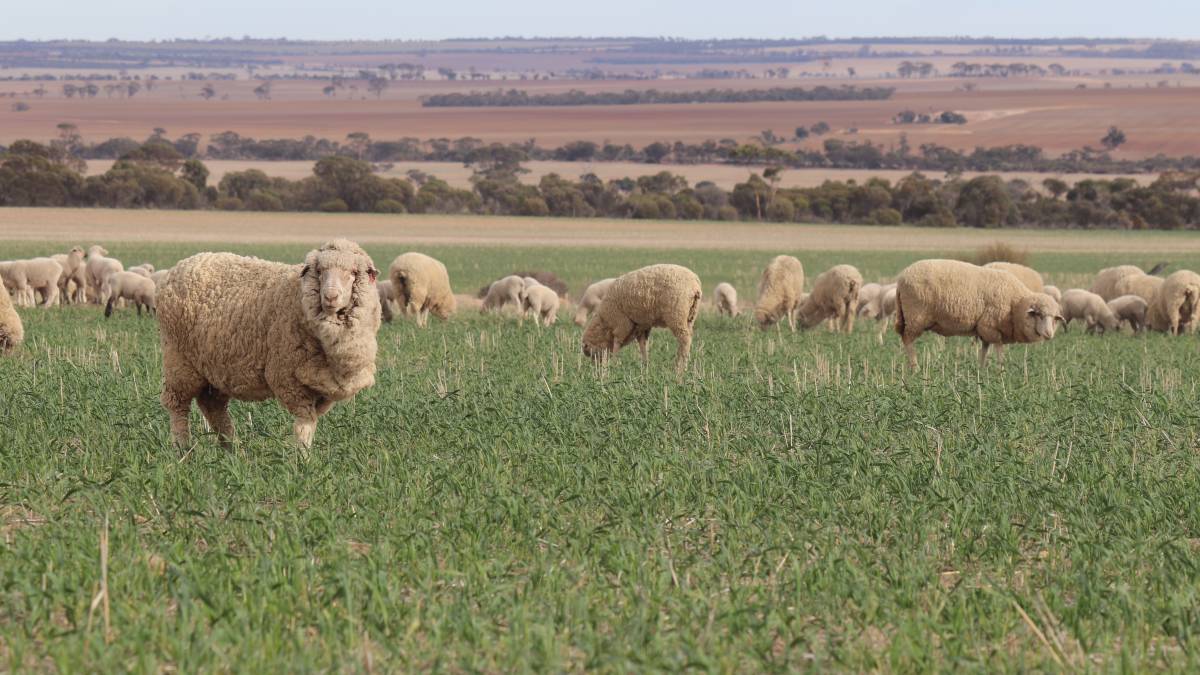 "Usually we try to purchase our ewes locally from studs if we can," Jessie said.

Jessie said she likes that the Merino ewes are dual-purpose but enjoys having the crossbreds.

"The crossbreds are a bit more work in the fencing department, but we are not looking at a full Merino flock at this stage," she said.

Jessie doesn't breed any replacement stock so she buys in all their ewes on an annual or two-yearly basis.

"We purchase maidens or one to two year-old ewes and we will do a cull of our dry ewes after pregnancy scanning," Jessie said.

Joining begins on October 10 for lambing in March/April and shearing occurs in July/August.

"We try to get lambing done early before seeding because most of our program goes towards cropping," Jessie said.

"In terms of management we really need to stop checking the sheep twice a day, which we do to maintain optimal welfare outcomes during lambing before seeding starts."

Despite buying in their ewes from different studs Jessie has managed to produce wool to 19 microns.

"We have averaged a really low micron wool, which is fantastic because our sheep are predominantly cull ewes from other producers," Jessie said.

"People would normally cull their ewes on wool quality but across the board we are getting fine wool from probably six different breeders."

Jessie believes that the addition of liquid minerals to their grain they feed out and their fertiliser rotation has helped to reduce the micron of their wool.

"Hopefully it is to do with nutrition, potentially what is actually growing in the paddock is resulting in a finer wool and it is not just genetics."

When selling their lambs they aim for the heavy lamb market, with occasional air freighters.

"We normally sell on-farm or into a contract," Jessie said.

"We sold quite a lot to Fletchers this year because they have been producing the best prices, but traditionally WAMMCO or Fletchers get most of our prime lambs."

After 12 years of not having any sheep on the property, Jessie and her family decided to rebuild the sheep enterprise.

"We returned sheep into our business because we decided to rotate our paddocks more consistently and needed a profitable break crop and I was interested in livestock.

"The sheep provided an opportunity to make it a more profitable rotation."

The flock started out small but Jessie has continued to gradually build up the numbers over the years.

"Six years ago we purchased 350 ewes and we have upped the numbers as we've gone along," she said.

"We would like to expand a bit more, but we'll just take it slowly."

The decision to diversify has paid off, especially after a tough 2019 season. 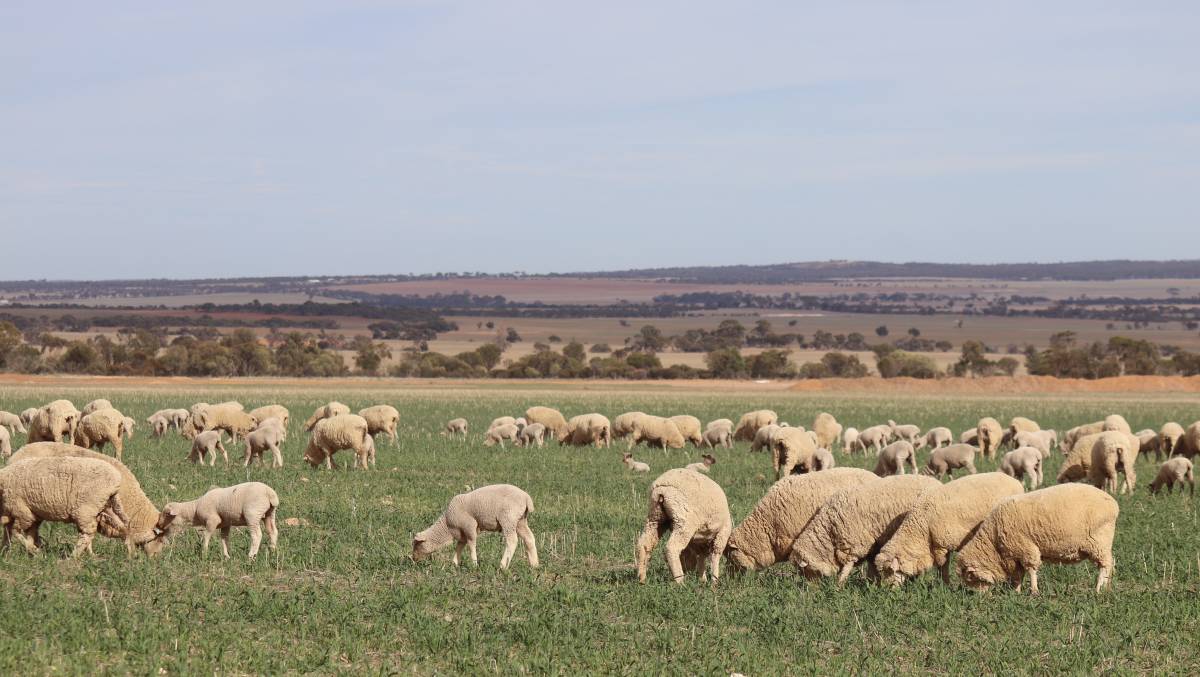 Lambing occurs in March/April prior to seeding.

"We had some frost and the dry finish made it difficult, having the sheep in the system worked really well and they were our most profitable per hectare income in 2019," Jessie said.

As for the coming season, the farm has received about 110mm for the year and is looking promising, after receiving no summer rains.

In addition to running a sheep and cropping operation, Jessie is also on the WAFarmers board and is the brand ambassador for the State-based initiative Food We Trust.

"In 2019 I filled a casual vacancy on the WAFarmers board and in 2020 I was nominated into a full time position," Jessie said.

She then applied for a full time position this year, which is a two-year term.

"I am with WAFarmers in another role as the Merredin zone livestock representative which is great, we have Livestock Council meetings maybe three to six times a year depending on what's happening in the industry," Jessie said.

Being on the Livestock Council means Jessie gets to meet with all the nominated representatives from each zone around the State to discuss all things livestock.

"You get to meet some really fantastic people in that role," she said.

From being on the board Jessie was asked to sit on the Muchea Saleyards User Group which provides feedback to the chief executive officer and the Muchea board.

"They also have a PGA member in the group and we act as the farmer representatives," Jessie said.

"There's some really great opportunities within Livestock Council and the other WAFarmers councils to meet great producers and opportunities to join national groups and travel interstate, I would definitely encourage lots of young people to get involved with WAFarmers."

In 2019 Merredin Farming and Districts Improvement Group provided Jessie with the opportunity to visit the Middle East, including Dubai, Qatar and Jordan.

"I was really lucky to be invited, there were 10 producers and we received a really thorough understanding of the live export trade and the chilled meat trade of Australian meat going into the Middle East, it was a fantastic opportunity" Jessie said.