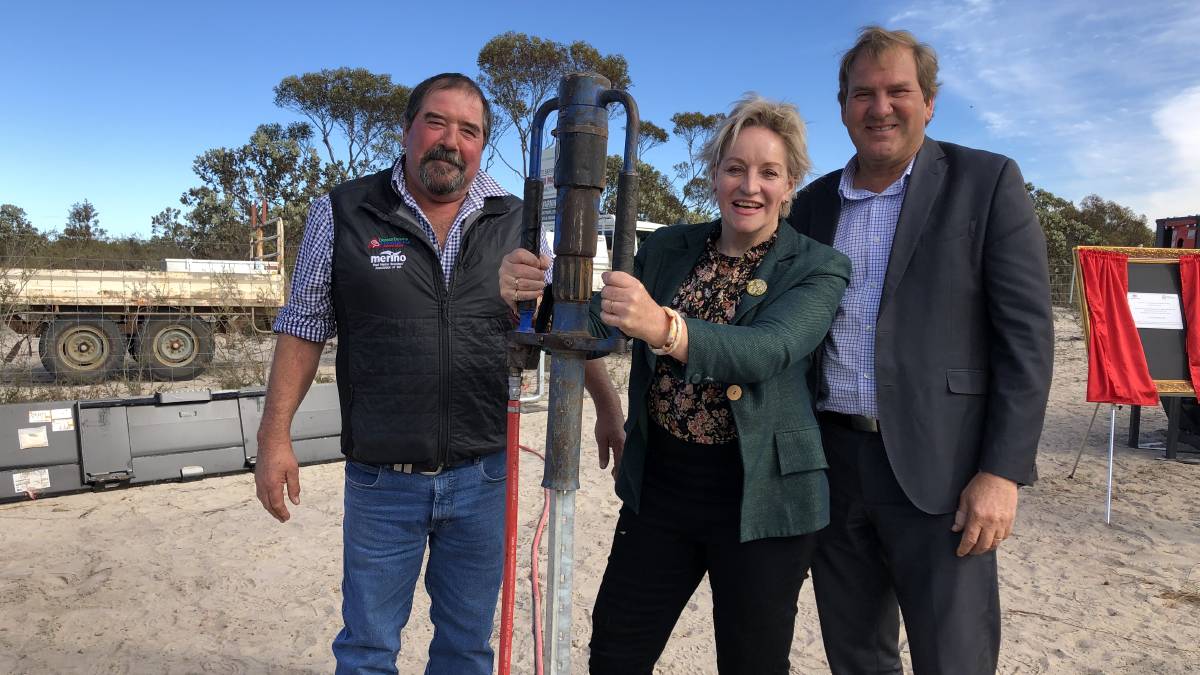 "The project will stimulate economic activity in WA pastoral communities..."

WITH just 63 kilometres of the 660km Esperance extension of the State Barrier Fence built local sheep producer Scott Pickering, Cascade, is encouraging organisers to "speed things up" to protect vulnerable and valuable livestock and crops from vermin in the region.

Mr Pickering said what they had built to date had "already made a difference" for farmers in the region with a reduction in kangaroos and emus seen on farms.

He said about 80 sheep had been attacked by wild dogs at Salmon Gums in the past two months which was a cause of concern and prompted him to say that completing the fence needed to be a priority.

"We need to speed things up and get it happening," Mr Pickering said.

While 63km of the extension had been built he said the rest of the projects had "gone to public tender".

"We are hoping that they get started again in September," Mr Pickering said.

This month the Federal government announced that it would contribute $1 million towards the construction of the Esperance extension to "help boost farmer incomes and create jobs".

Mr Pickering said he wasn't sure if the funding was in addition to already announced funds last year - or if it was a restatement on the original commitment.

Agriculture Minister David Littleproud said the Esperance extension to the State Barrier Fence Project would be "vital infrastructure for the State's agricultural and regional economies".

"The $1m being provided to the Western Australian government will ensure the delivery of a 183km segment of wild dog exclusion fencing," Mr Littleproud said.

"This is a critical link as part of the total 660-kilometre Esperance extension project.

"The funding will assist pastoralists, producers and farmers to increase productivity in sheep and other grazing operations, by reducing the impacts of wild dogs and the need for wild dog management activities on their properties.

"The purchase of fencing materials and other activities to support construction will also help to kick-start local economies as they emerge out of COVID-19."

The $1m commitment is being provided through the $30.3m Established Pest Animals and Weeds Pipeline Program.

"This is in addition to the $956,000 already provided to the Esperance and Ravensthorpe shires under the first round of the Communities Combating Pests and Weed Impacts During Drought Program," Mr Littleproud said.

"We have long made the case that the Federal Government needed to come to the party and contribute a reasonable sum of funding for this project - particularly in light of their strong support for Queensland fencing projects," Ms MacTiernan said.

"Our advocacy has paid off and the project is now almost entirely funded.

"To date, 63km of fencing has been completed and tenders for further works will be advertised shortly.

"Negotiations with traditional owners to allow work to progress on land covered by native title are well advanced and should be finalised soon."

The total cost of the project is expected to be $11.5m, with the WA government contributing about $7m along with further funding and support from the Esperance and Ravensthorpe shires.

"The government is working with Western Australia to ensure the State's farmers are given every possible opportunity to grow their incomes."