Tipperary Station farm manager Bruce Connolly talks up the potential of cotton as a major agricultural industy for the NT.

Farmers have ramped up the pressure to establish a cotton industry in the Northern Territory.

Farmers have ramped up the pressure to establish a cotton industry in the Northern Territory.

A well attended field day of supporters on Friday heard cotton was the best new agricultural crop found for the Territory "in years".

"This crop fits so well in the Territory we would be crazy not to try it," Tipperary Station farm manager Bruce Connolly said today in the Douglas-Daly district.

Mr Connolly was showing off his "good average" crop today to financiers, pastoralists, agronomists and enthusiasts from the NT Farmers group.

It is about two weeks from harvest.

He said he and others had proven over the past few years this supposed "thirsty" crop could be grown on rain alone through the natural bounty of the Territory's wet season.

The only missing piece of the puzzle, the field day heard, was somewhere close by to process it.

This is why NT Farmers is leading the charge for a cotton gin to be established just outside Katherine.

Mr Connolly said without the cotton gin, the industry would soon stall because of transport costs.

Farmers have been using the past few months in the lead up to the NT Election in August to lobby for a $10 million taxpayer investment in the cotton gin. 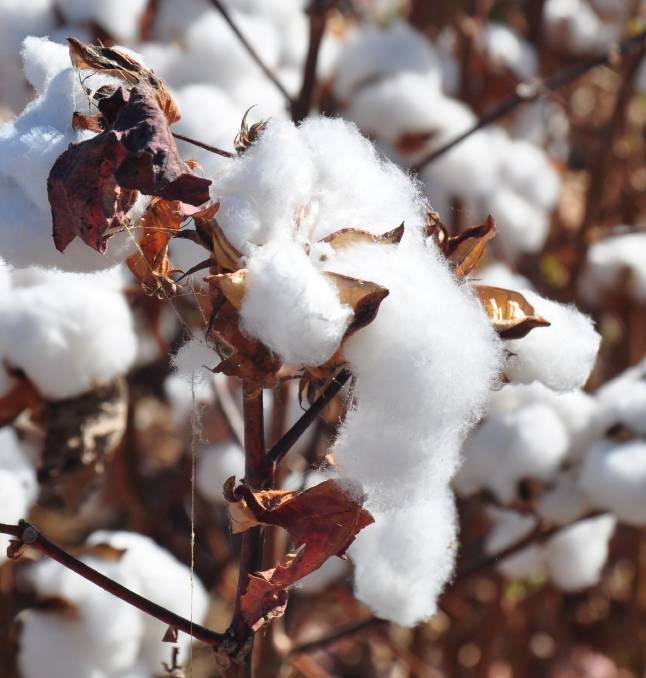 Although the cotton gin is expected to cost about $30 million, the growers have agreed to pay about a third and the processor the final third.

Despite some early misgivings about water use themselves, Katherine Town Council has been convinced to support the push as well.

Firstly, he says, NT Farmers has a standing policy of not supporting any plans for building of dams on iconic NT rivers like the Roper such as being explored by the Federal Government.

Successful cotton crops have been grown in the Katherine region over the past two years on rain alone, with no irrigation - even though the wet seasons had been the worst in decades.

Almost all Territory cotton would rely on the rain, Mr Burke said.

About 20 per cent may use supplementary irrigation though capturing rain in off-stream storages or even entering the tangled water allocation market if needed.

Insects can now be much more easily controlled.

Mr Connolly said with an average wet season rain, Territory growers could achieve an irrigated result, producing about seven bales to the hectare.

About 1000 hectares of cotton is grown across the Territory at the moment but farmers say they are ready to quickly scale up to 10,000 hectares to make the cotton gin economic.

"It is involved but very easy to grow," Mr Connolly said.

He said relying on wet season rain rather than switching on irrigation was tricky to know when to sow.

"We have become more intense weather watchers than we used to be."

At the moment he has to send his cotton bales south for processing and he said it was uneconomic to have the high-protein cotton seed returned.

"Cotton seed alone will be of enormous benefit to pastoralists here."