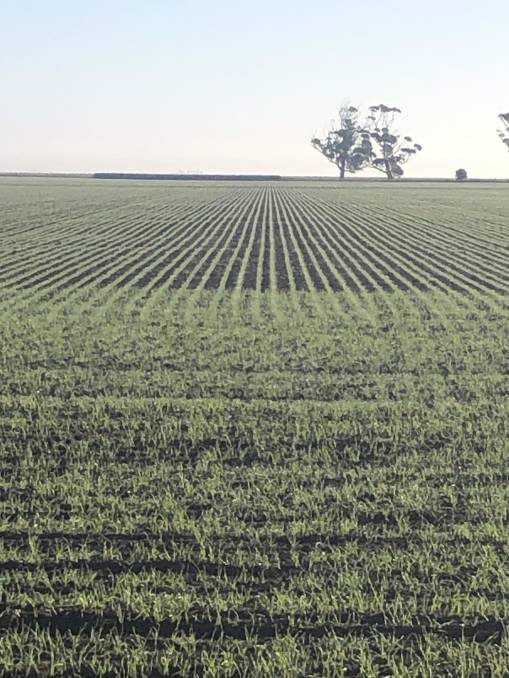 A CLIMATE agronomist has said the solid autumn break across much of south-eastern Australia will be enough to ensure reasonable returns even with slightly below average rainfall from here on.

Dale Grey, Agriculture Victoria, said that even if there was marginally less than normal rainfall for the rest of the year the stored moisture and strong early plant growth would hold both the livestock and cropping sectors in good stead.

He said Ag Vic moisture probes throughout the southern state showed good levels of moisture in many key agricultural zones, even allowing for a decline in May, where thirsty crops took out more than was replenished by generally below average rainfall.

"The grazing areas are green and looking fantastic after a great break."

He said aerial imaging available for the first time showed good green cover over much of Victoria and southern NSW.

"The exceptions on the map are in the Millewa in far north-west Victoria, which suffered a very dry season and in some of the cropping areas in north-eastern Victoria, southern NSW and the Wimmera-Mallee where new crops are yet to outgrow last season's stubble."

Moisture levels in areas such as the Riverina are markedly better than at this time last year.

It means that even with uncertainty surrounding rainfall for the rest of the season Mr Gray is reasonably confident there will be sufficient rain for average crop yields.

"The great start to the season has meant crops have got up and away early so we are in a good position on that front."

While southern soil types lack the water holding capacity of those in the Queensland and northern NSW cropping belts that mean a full profile is a guarantee of some sort of crop they can hold some moisture which will be of use during the spring when plants are using large amounts of moisture.

However, on the southern and eastern sides of the Great Dividing Range it has been drier than usual and run-off has not been as significant.

In the short-term Mr Grey said a change in the position of pressure patterns would be critical in sparking more useful rainfall over southern areas.

"The centre of the big high is currently in the Tasman and it has impacted the ability of low pressure systems to get up over SA, Victoria and southern NSW and deliver the frontal rain systems we often see over winter."