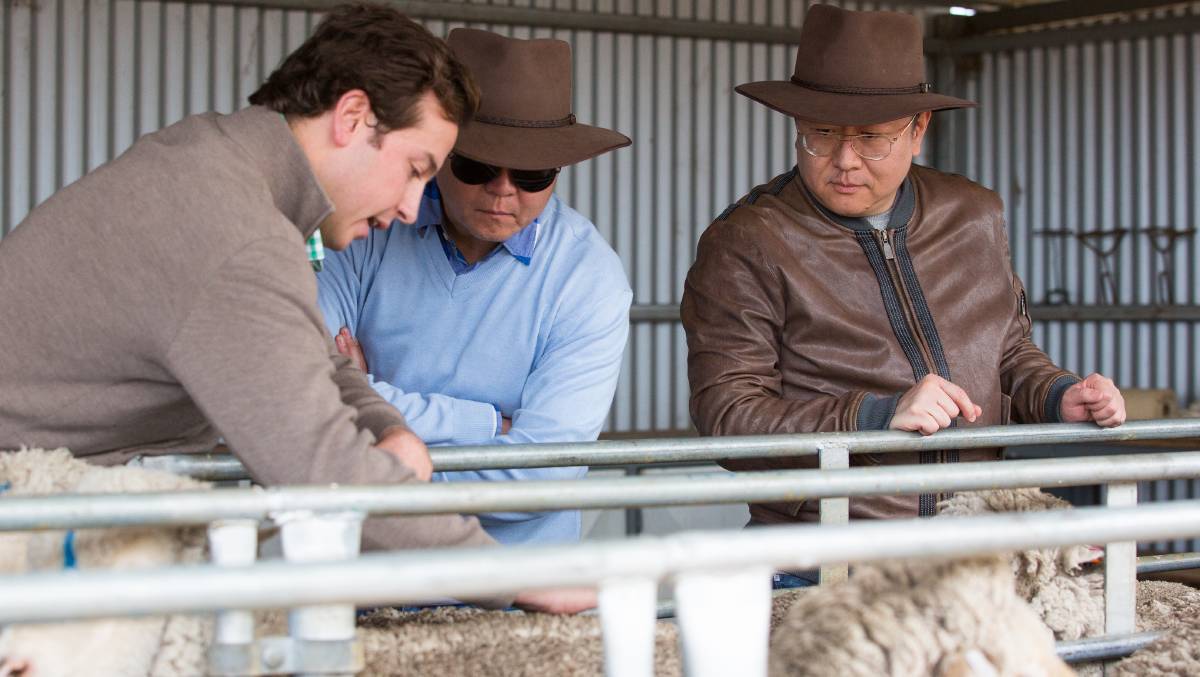 There's optimism about a wool bounce back in Asia next year.

While the current wool situation in Asian countries was "bordering on disastrous", there was optimism of a bounce back next year, according to AWI's John Roberts.

While the current wool situation in Asian countries was "bordering on disastrous", there was optimism of a bounce back next year, according to Australian Wool Innovation eastern hemisphere general manager John Roberts.

Mr Roberts said China was leading the charge as they seemed to be coming out of COVID-19 "quicker than anybody".

"Which is good because they are our biggest customer of raw wool and also as a consumer base," he said.

But he said the situation across Asia was still "pretty grim".

"In India they're projecting a 45 per cent second quarter shrinkage [and it's] similar for Japan," he said.

"Anecdotally brands like Uniqlo [in Japan] are saying their April sales are down by 56pc year on year.

"Shinsegae Department Store in Korea are saying their year on year is down 97pc but saying that their online sales are up 20pc."

Mr Roberts said in China, they were back operating but had laid off a lot of staff.

"They are operational but their downstream sales are dramatically reduced," he said. "Xianao, one of the biggest yarn makers in the world, their biggest customer is J Crewe who have just filed for bankruptcy so they are having a good hard look on how they are going to reschedule their business.

"They've got an ability to flex to a certain degree and they have laid off staff and they can put people on reduced hours but it's tough for them.

"And again they are trying to be optimistic about downstream orders.

"I did hear anecdotally there was about 200 tonnes of greasy wool sold into China of various types so there are some orders there."

He said no one was really able to form a long-term view at this stage but people were starting to turn their minds towards autumn and winter next year, with those orders coming through.

"The ship has sailed for this year; those orders would have already been gone so it is really about focusing about 12 months' time and whatever they can get in between they will take," he said.

AWI Japan country manager Samuel Cockedey said department stores' sales there were on average down by 73pc year on year to April.

"United Arrows is one of the largest shops in Japan and they are down 63pc, and Isetan in Shinjuku is down 91pc, so it is tough," Mr Cockedey said.

He said prior to COVID-19, there had been a real acceleration and interest in wellbeing, and ethical and healthy lifestyles in Japan, so hopefully that would give another push for Japanese sportswear brands to incorporate natural fibres into their garments. "Where the largest opportunity for us is casual office wear because that is what everyone is wearing everyday if you are not wearing a suit anymore," he said.

"Because if you are wearing a suit in Japan it is probably very good quality and there is a high chance that there is a high percentage of wool in there so what are people going to be wearing and how do we ensure there is wool in it."

He said while there were still challenging times ahead, people were following different paths that were benefiting Australian wool.

"It is forcing people in the right direction; [there are] more online sales, more casual products, more innovation and more eco-friendly fibres," he said.

"Probably the better message is not just about functionality but also actual value, so I think in the long run it will play in our favour but it could take a while."

The story Asian wool situation 'disastrous' but bounce back on the cards first appeared on Farm Online.