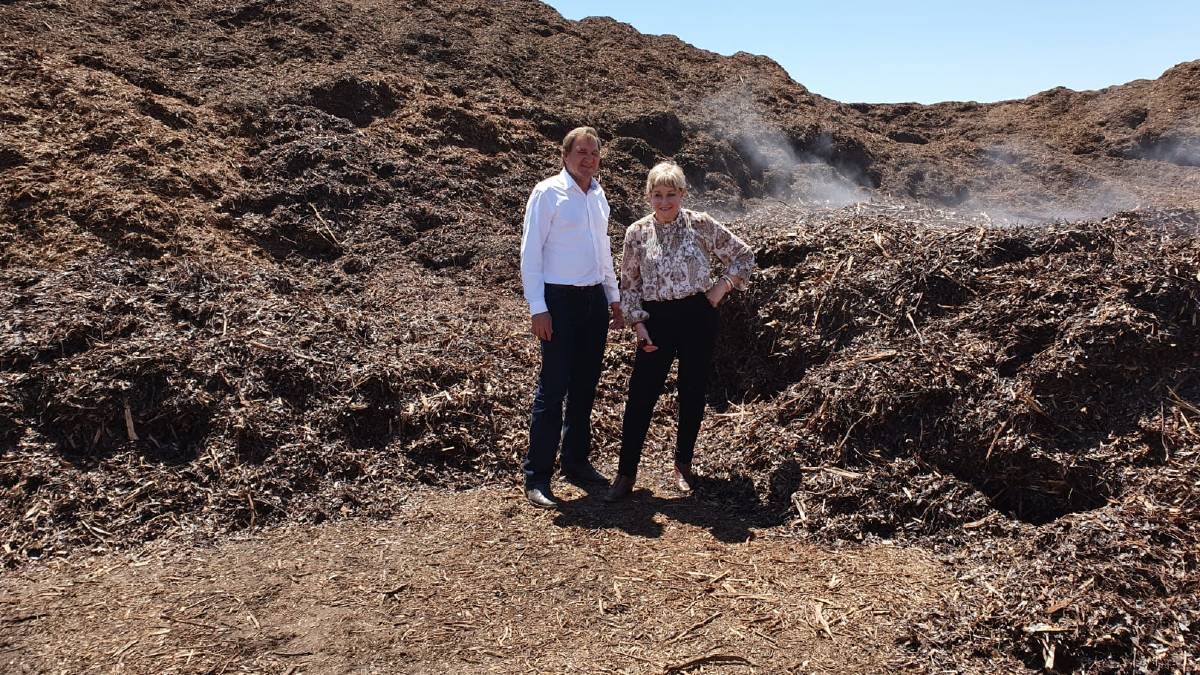 Agriculture Region MLC Darren West and Regional Development, Agriculture and Food Minister Alannah MacTiernan during a visit to Kochii Eucalyptus Oil's eucy still at Kalannie earlier this year. They are standing in the spent eucalyptus biomass left after oil had been extracted. Kochii is investigating turning it into biochar.

The company has an idea to utilise its biochar to help ag lower its Greenhouse gas emissions.

The COVID-19 pandemic has focussed attention on hygiene, natural products and buying locally and in recent months Kochii Eucalyptus Oil has benefitted from consumer responses to those criteria, with increased demand for its oil, artisan soap, incense and infused candles.

According to its chief operating officer Steve Meerwald, Kochii - the company takes its name from the eucalyptus kochii oil mallee species native to the Western Australian Wheatbelt - is on target to produce 100 tonnes or more of oil for the first time this year.

About five years ago it was producing two tonnes of oil a year from its distillation plant on a corner of the Stanley family farm just north of Kalannie.

But, according to Mr Meerwald, producing oil is stage one of a much bigger dream.

Kochii's oil production so far has created quite literally a small mountain range of dehydrated spent kochii biomass - waste plant material left after eucalyptus oil has been extracted from its leaves by steaming. 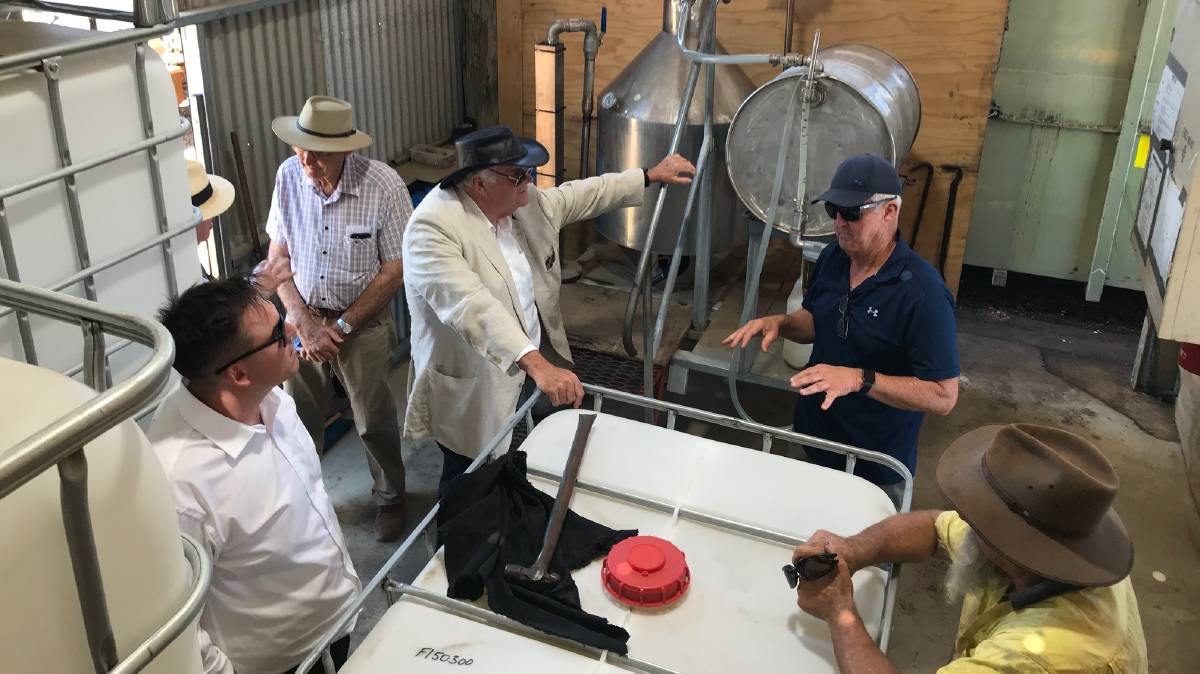 A small amount of this waste biomass currently fuels Kochii's boiler to produce steam for oil extraction, but stage two of the dream being investigated now is to use the remainder of the biomass to produce biochar.

A process called pyrolysis, essentially where biomass is slow cooked in a low-oxygen environment, produces biochar which is almost pure carbon and is usually used as an extremely stable soil conditioner to host beneficial microbes and help retain moisture.

But Kochii has other ideas for its biochar, it aims to help Australian agriculture achieve Greenhouse gas emissions targets along the way, Mr Meerwald explained.

"We think its primary use in Australia should be as a component of stockfeed," he said.

"There is research that shows that a relatively modest percentage of feed-grade biochar in feed rations for all livestock, but for cattle and sheep in particular, can reduce methane emissions by 15 to 25 per cent.

"The animal's average daily weight gain is higher on biochar than not on biochar, too.

"The consequence of that is the char, as a component of the feed, goes through the animal and comes out as manure and ends up in the soil anyway, which is exactly where it needs to be.

"The char stays as char and it ends up back in the soil and we think the lifespan of that seems to be measured in centuries or millennia, rather than in years or decades.

"We think that's a really important industry for Australia because greenhouse gases from cattle are one of our major contributors and methane is a more significant contributor than carbon dioxide.

"If through the use of char we can reduce the greenhouse footprint of our cattle industry, that's got to be great for everybody." 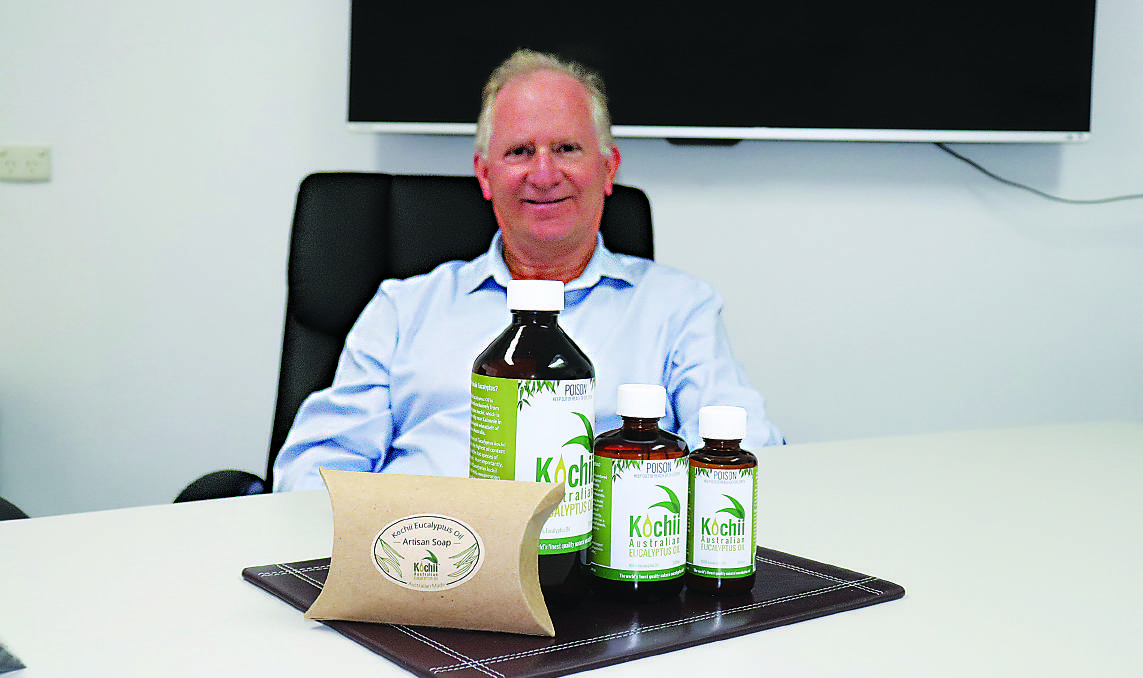 Stage three of the Kochii dream goes a step further and proposes using renewable energy - either thermal or syngas-generated electricity - from the pyrolysis of biochar to create new industry opportunities to sustain Kalannie.

"Realistically, we could produce about a megawatt of power, which is enough to power Kalannie," Mr Meerwald said.

"But putting renewable energy into the wholesale electricity grid in WA is quite low value at the moment.

"So we think that maybe we should be looking at some behind-the-metre usage where we can create a new industry at Kalannie essentially using our cheap electricity," he said.

One long-term possibility being considered by Kochii is a desalination plant.

Kalannie has plenty of saline groundwater - too much on some properties - also plenty of sunshine, soil and space, according to Mr Meerwald. 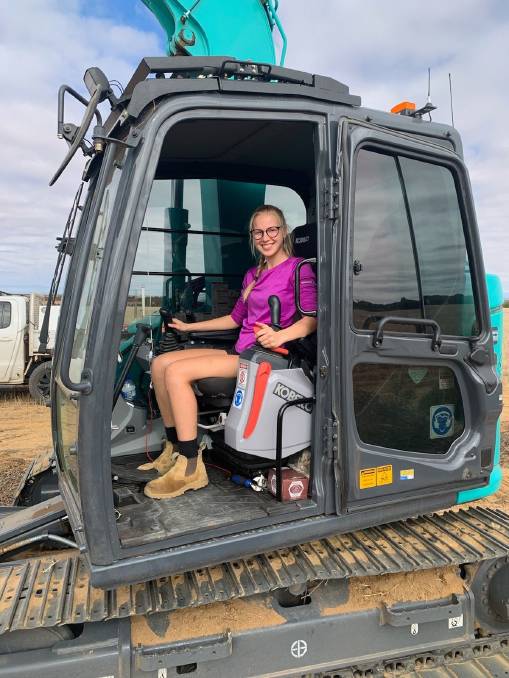 "There wouldn't be enough (desalinated) water to splash about, but there would be enough for some high value horticultural or other plant-based industries," Mr Meerwald said.

"The only way to do that there and in other country towns like Kalannie is to use the resources that are already there," he said.

But those big dreams and ongoing oil production are predicated on Kochii regaining control of millions of oil mallee trees planted across the Wheatbelt in the 1990s.

Don Stanley, father of Kochii director Ian Stanley, trained as a forester before taking on the family farm at Kalannie, so brought a forester's practical knowledge to the farming problems of wind erosion and a rising water table carrying salt into the root zone of Wheatbelt crops. 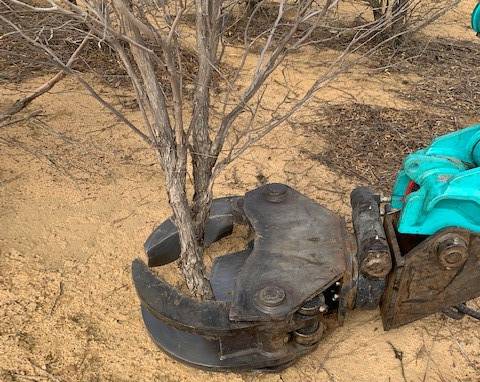 A snip from a giant claw and a coppiced eucalyptus Kochii oil mallee tree is harvested for its oil. The tree's extensive root system remains in the ground holding the soil together and will reshoot new growth after rain. It can be harvested again in three to five years.

Mr Stanley realised he would have more success convincing farmers to plant trees as wind breaks and to lower the water table if they also offered an opportunity for off-farm income.

He founded the WA Oil Mallee Association, selected eucalyptus kochii as the preferred species because it was a hardy native to the region and has the highest oil content of the 800 species of eucalypts and encouraged farmers to plant them along ridge and contour lines, as paddock dividers and in drainage areas.

The idea was the trees would be coppiced - trimmed off near ground level - every three to five years and their foliage used to produce oil.

Coppicing is a traditional forest management tool and the trees reshoot new branches and foliage.

Mr Meerwald said he had spoken with Eastern States eucalyptus oil producers who are still coppicing mallee trees that are 100 years old.

"They are a very sustainable resource, they're a pretty amazing little tree," he said.

While some coppicing did occur and some oil was produced, for one reason or another the scheme went into recess from the early 2000s, but the trees that were planted and were supposed to be regularly trimmed have continued to grow on farms.

"The original Kochii plantings along contour lines and as paddock borders for water run-off and wind breaks are now under threat of being ripped out because they are now too big and in the way," Mr Meerwald said.

"The guys that planted the trees have retired now and it's the sons who have all precision farming equipment and they're not interested in the trees or anything that's not related to cropping.

"There's lots of issues, but taking those mature trees back down to a coppice and reduced in size solves a lot of those issues.

"This mature tree harvesting operation is a very expensive operation, but we'll eventually get through that and we'll have a mostly coppiced harvest which is much, much more efficient.

"But we'll never get to coppiced harvest unless we knock over these mature trees," he said.

That is where the $100,000 RED grant from the State government, applied for through the Wheatbelt Development Commission (WDC) and announced in February by Regional Development Minister Alannah MacTiernan as one of eight sharing $690,000 of round two RED grant funding via the WDC.

It enabled Kochii to buy a second eight-tonne Kobelco excavator fitted with a custom grapple of Kochii's own design, for knocking down mature trees.

The company's two five-tonne excavators can handle coppiced trees but were not big enough to tackle fully-grown trees.

That is now the job reserved for the two bigger machines as Kochii works with farmers across the Wheatbelt to get oil mallee plantations back to the size and regular productive harvesting they were originally intended for.

The new RED grant-funded machine and its brother are helping fashion a sustainable and renewable base that big dreams can be built on.