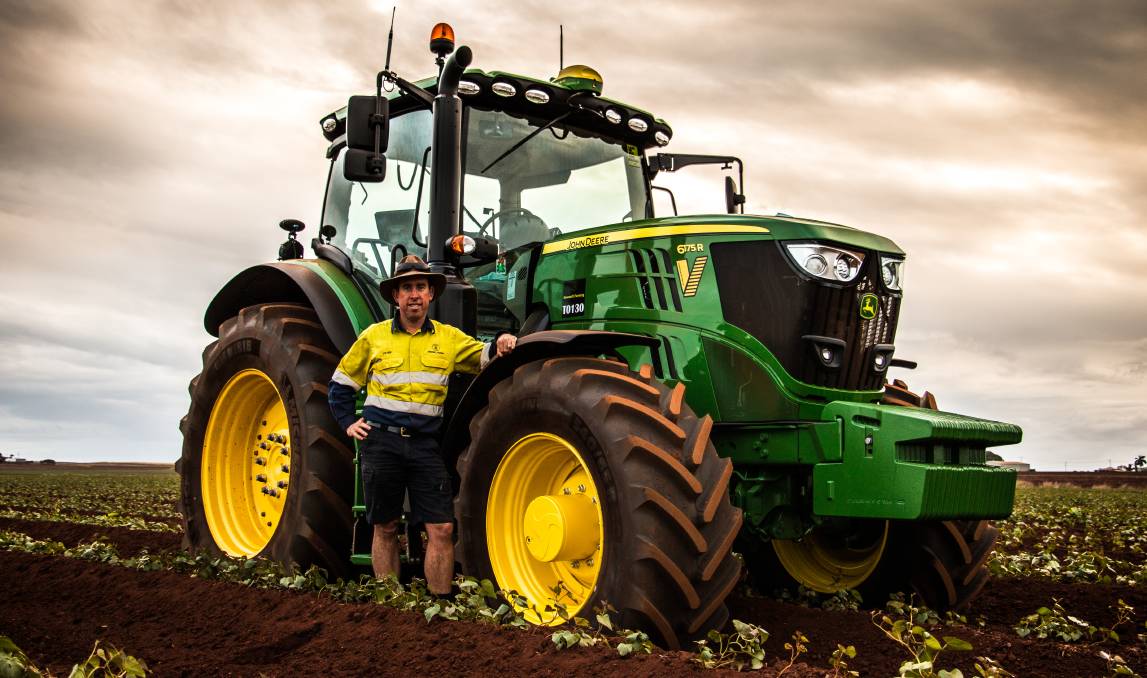 A '20-year overnight success' is how Greensill Farming Group CEO Peter Greensill describes the 3,000 hectare sweet potato and sugarcane business he runs with brothers, Lex and Andrew, at Qunaba, Queensland.

Let's celebrate the contributions of those whose efforts keep food on our table, a roof over our head, and all of us connected. In this series of articles, we're shining a light on the very people who are keeping the world running.

A '20-year overnight success' is how Greensill Farming Group CEO Peter Greensill describes the 3,000 hectare sweet potato and sugarcane business he runs with brothers, Lex and Andrew, at Qunaba, between Bundaberg and Bargara, in Queensland.

When you consider Peter started growing melons by torchlight on a 1.6 hectare leased block - after finishing his 'day jobs' for three employers - his wry testimonial to the power of hard work seems pretty accurate.

Raised on his father's 30 hectare melon farm, Peter grew up with Qunaba's rich red soil under his fingernails and a deep knowledge of horticulture in his head.

"Dad always said it was great to be a farmer, but he didn't know how three boys could farm 80 acres, so he told us if this was what we wanted to do to get away and figure out a way to make farming work on our own," Peter said.

Peter's solution was to work for his father and two other employers until he could lease that first block and hire machinery to plant a melon crop.

He made enough money to double his lease area the following year, and with a lot of blood, sweat and tears kept leasing and expanding each year until he was among the largest watermelon growers in Australia.

In years to come there will be more focus on carbon embedded in food, so we need to be in front of that curve as well. - Peter Greensill

At that point Peter and his brothers bought their parents' farm and established Greensill Farming Group in 2009. The company followed the proven leasing and then direct ownership growth model used by Peter, drawing on his hard-earned lessons on how to manage costs and grow a business.

"Our business is based on economics. We measure costs, make everything as repeatable as possible, and reinvest in the farm," Peter said.

"I think in farming people often make investment decisions based on what they like doing or are known for. Understanding our numbers lets us make more informed and less emotional decisions to improve business outcomes and manage variables like climate.

"It's pretty simple stuff - you don't need to be smart, just get the basics right and steal the best ideas to systemise farming as much as possible." 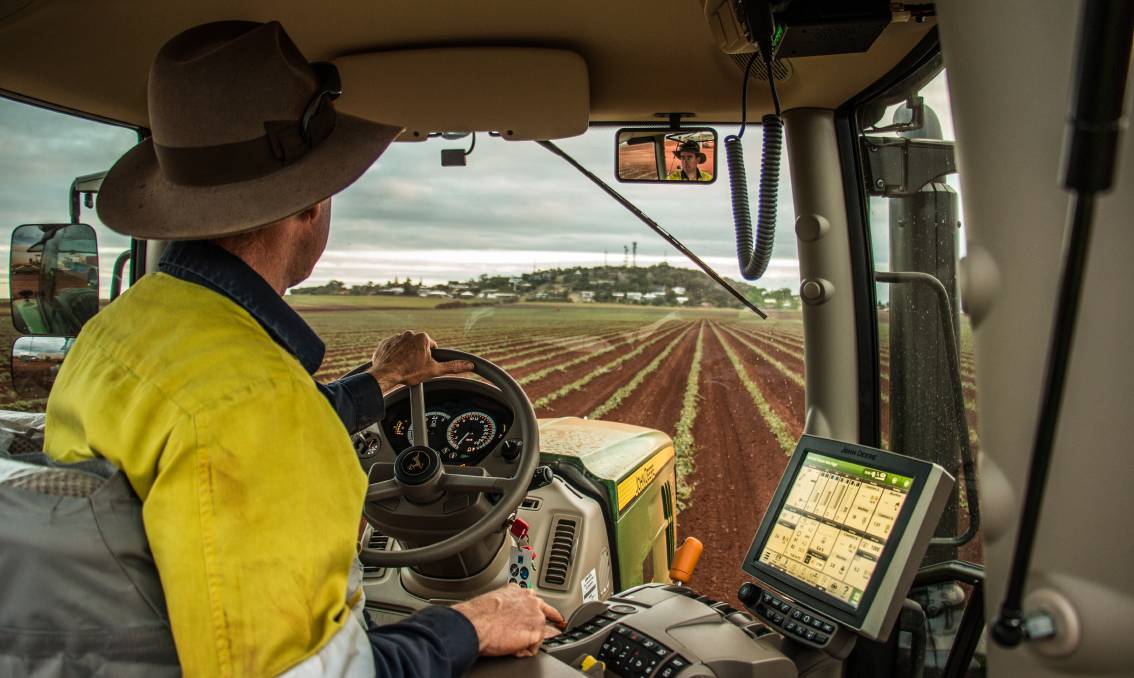 The drive to optimise outcomes has seen Greensill Farming leave behind Peter's melon heritage and focus on sweet potatoes and sugarcane. Unlike melons, sweet potatoes can be grown year-round in Bundaberg's climate, which makes it easier to develop the repeatable systems integral to Peter's approach, and also allows the business to maintain a permanent workforce.

"It's difficult to grow a quality business and meet the expectations of customers with a seasonal workforce," Peter stresses. "We have good systems, we hire and train the best people on a permanent basis, and bring in people with strong skills to improve our management."

"In years to come there will be more focus on carbon embedded in food, so we need to be in front of that curve as well."

Peter speaks enthusiastically of this passion for sustainability as another example of the opportunity in farming to make transformational, instead of incremental, change.

"I just love farming, I love it when you just get it right - and it's not easy. If you're growing a crop there's lots of variables, so there's a tremendous challenge for a farmer to get it right and get it repeatable to manage variables and reduce risk," he enthused. 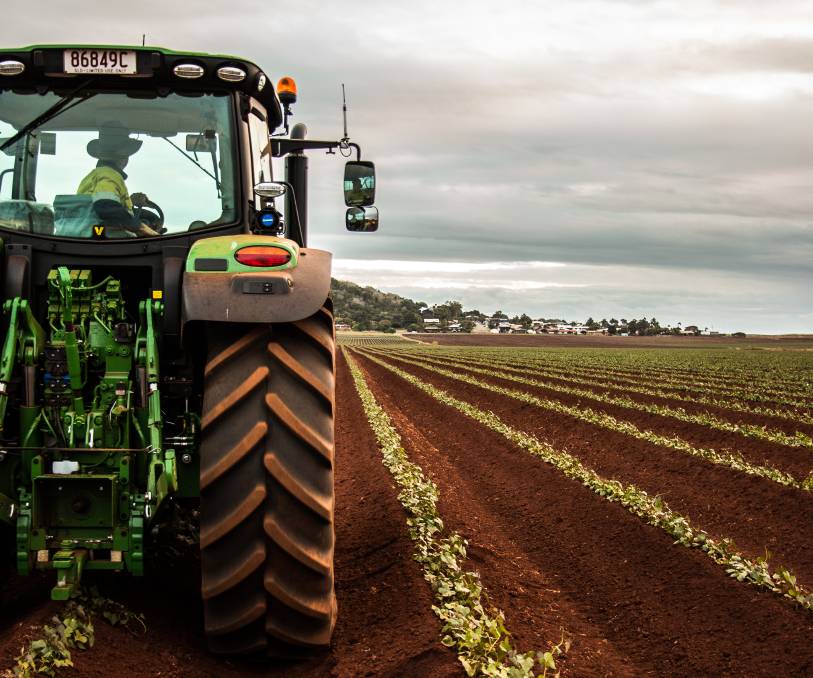 Sweet potatoes can be grown year-round in Bundaberg's climate, which makes it easier to develop repeatable systems. Picture: Supplied

"Typically farming returns increase just enough to beat inflation. We're looking for ways to take 20 years' worth of ideas and make them happen straight away so we can take a 20-year jump in returns.

"I think opportunities are available to most farmers, but you need to have the appetite, the capital and the courage to take those opportunities."

This article is sponsored by John Deere.

The story A modest start, hard work and repeatability: How Greensill Farming was built first appeared on The Land.