AS the financial impact of COVID-19 on regional businesses becomes clear, successful applicants of Round Two of the State government's Value Add Agribusiness Investment Attraction Fund say the grants have given them the impetus to fast forward the expansion of their businesses.

Twenty-four Western Australian food and beverage manufacturers and value-add processors will share in $4.2 million worth of funding, designed to support regional expansion, diversification, de-risking and technology investment activities throughout the State.

The program which is anticipated to create more than 150 jobs for the regions will generate a co-investment of $9.9m.

Western Meat Packers Group has received a $300,000 grant which will help facilitate further processing of offal and other products at its Cowaramup abattoir operation as part of a $10m expansion of its integrated operations.

WMPG chief executive officer Andrew Fuda said that investing in this new manufacturing capability would help fully maximise yields from each beef animal and open up new markets, resulting in at least 50 new full-time jobs and a host of indirect opportunities for the company and the local community.

Cowaramup Brewing Company will receive $72,530 through the grant program to go towards a canning line and fermenting tank infrastructure to increase production capacity.

After being forced to close the business due to COVID-19 and only reopening its doors in early June, company director Claire Parker said she took advantage of the forced downtime to do a trial run of canning their products with mobile canning business, Rolling Publican.

"That trial took away a lot of risk for us and enabled us to make some money while our doors were closed, so it was great timing really," Ms Parker said.

Knowing it wasn't economically viable for the business to continue to employ a mobile canning service full time, Ms Parker said after some investigation she realised they could save 30-40 cents a can by investing in a canning line.

"We are looking at getting a canning machine from the United States and that extra saving will enable us to eventually push into the export market in South East Asia," Ms Parker said.

The new canning line and increase in production capacity will enable the company to employ six more people over a two-year period.

"It's going to create another brewing position, a part-time freight position, a sales and marketing position and hopefully the flow-on from that will create more business for our cellar door which will probably be two and a half positions," Ms Parker said.

With the company's revenue down 29 per cent in March, 92pc in April and 38pc in May, business had really picked up for the brewery since its reopening in June.

"The month of June was almost as busy as January, which is just unheard of down here," Ms Parker said.

"With the borders closed people are discovering places in their own backyard and that's important for our regional economies.

"If we can keep up that momentum, or even just break even in August, we will be ahead of where we were this time last year." 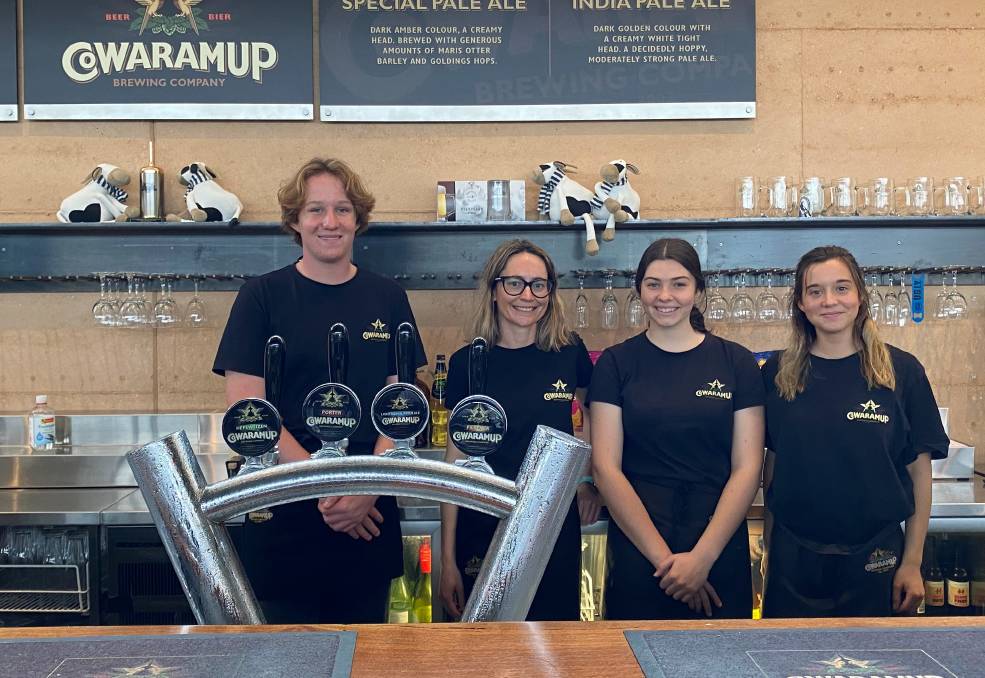 Rocky Ridge Brewing Co Pty Ltd managing director, Hamish Coates, whose business is also based in the South West and will receive $210,000 for a plant expansion, echoed Ms Parker's sentiments saying the company had produced more beers this year than any other winter.

"Not having a huge venue has been a blessing for us because we haven't had that huge impact of not being able to open," Mr Coates said.

The company will cover about 60pc of total costs for the plant expansion, which will be brought forward 18 months due to the successful grant application.

"We're using it for a capacity upgrade and a bit of quality assurance and quality control equipment so that we can better control our product for export," Mr Coates said.

With about 30pc of the brewery's revenue coming from its export business, Mr Coates said he was optimistic about future opportunities in the export market.

"We have an ongoing relationship with a brewery in Hong Kong and export our product to Singapore, Thailand and Japan - and that hasn't really slowed down with COVID," Mr Coates said.

"We have some pretty secure shelf spaces and the exports into Hong Kong actually picked up at the start of COVID with them making a long term commitment with us, so we're stoked."

Another successful applicant, owner of Green Oil Co Pty Ltd, Paul Green, will receive $300,000 to expand his canola processing plant in the Wheatbelt.

Based in Hyden, Mr Green said he would be starting the project straight away now that the funds had been confirmed.

"The process to get the funds was quite complex - you have to do a fair bit of background work, but it was one of those projects that was shovel ready so it has just given us the kick start we needed to bring the whole thing forward," Mr Green said.

"Programs like this certainly make a difference for regional businesses and farmers in the climate that we're in.

"If we didn't have the grant money it probably wouldn't have happened for another couple of years."

Agriculture and Food minister Alannah MacTiernan said she had been impressed by the breadth of projects that had achieved success in the second funding round.

"The grants apply across a range of sectors, including premium food and beverages, horticulture, meat and livestock, grains, aquaculture and seafood," Ms MacTiernan said.

"We are pleased to see there have been strong outcomes from the first round of this fund in bringing forward investment in our regions, subsequently helping businesses expand and employ more people."