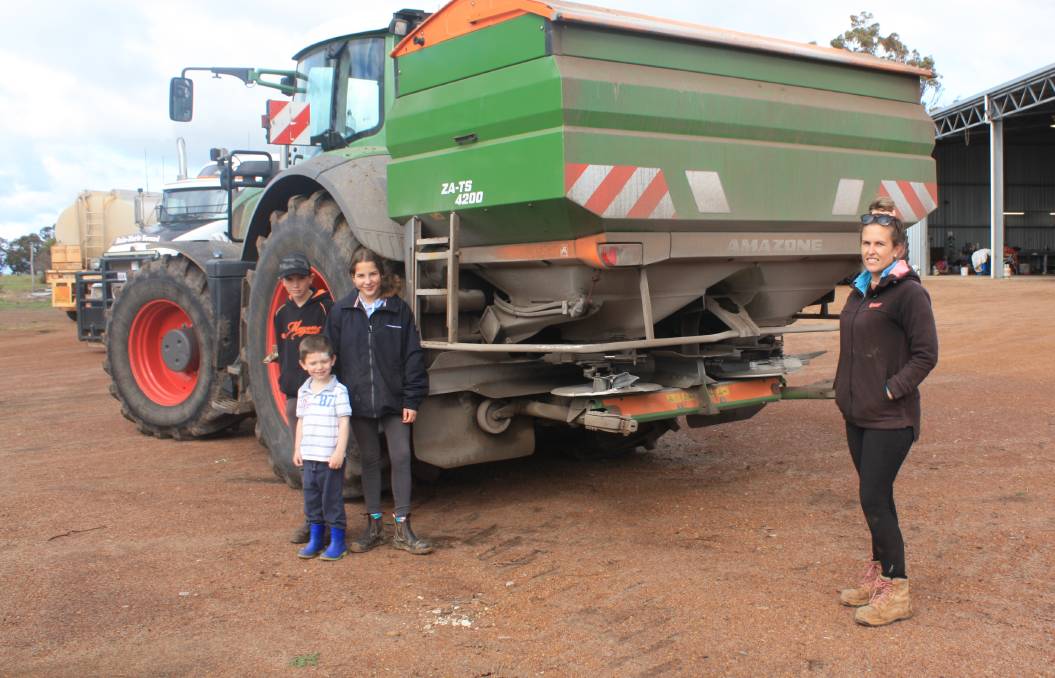 This is an option available for most AMAZONE spreader models.

IT doesn't matter what the machine is when you're talking with farmers about the performance of machinery.

The stock answer is: Depends on the conditions.

You can also put spreaders on the list and "conditions" was the reason why Tambellup farming brothers Carl, Neil and Dion Letter this year bought an AMAZONE ZA-TS 5000 litre capacity three-point linkage model for their mixed farming operation from CLAAS Harvest Centre, Katanning.

"We had a trailed model but it was limited by accuracy over distance and it didn't handle the wind well when it got above 20 kilometres an hour.

"We'll keep it as our lime spreader."

With loose plans to move towards tramline farming, the brothers decided to opt for the 3PL Amazone rather than buy another trailed model.

"It's one less set of tyre tracks and all the machinery we buy from now on will have tramlines in mind," Carl Letter said. 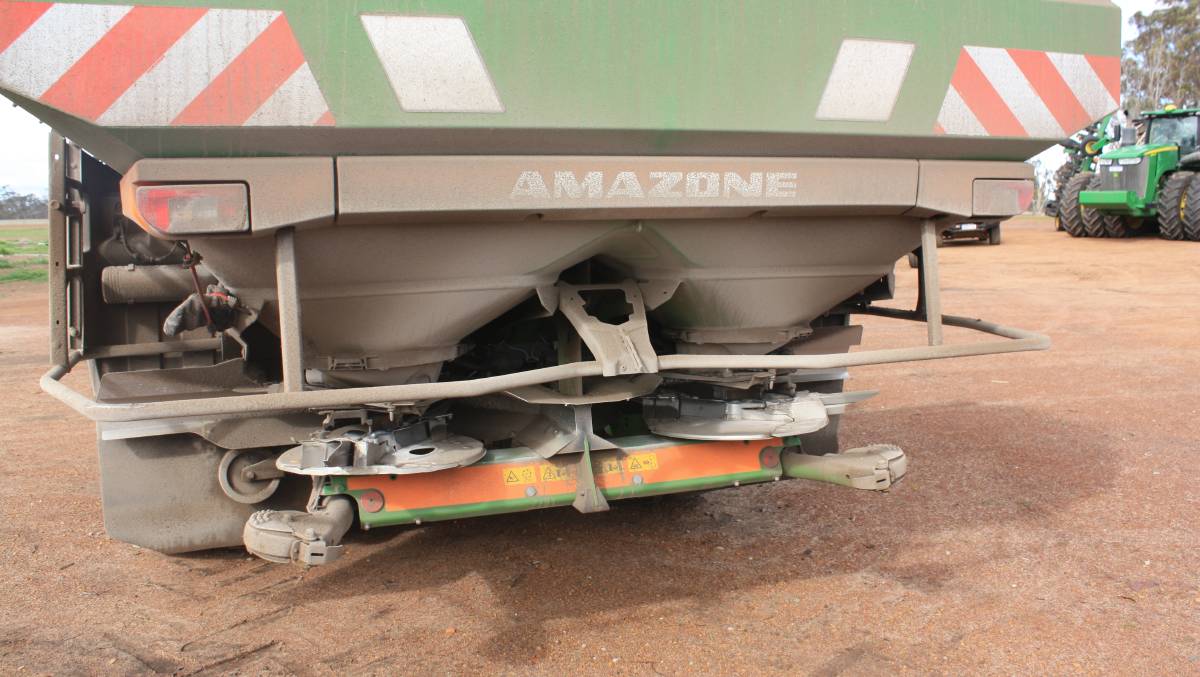 The Argus Twin spreaders are compatible for mechanically-driven Tronic or hydraulically-driven Hydro configurations. An option features eight radar sensors mounted above the left and right hand spreading discs. These sensors, monitor the spread pattern and then automatically adjust the electric delivery system of each disc if any deviation from the settings is detected.

So far the AMAZONE has performed to expectations spreading urea at 60 kilograms a hectare with an accurate spread pattern consistently at 98-99 per cent.

The ZA-TS has been designed with some very 'schmicky' features such as the weighing system, which has two 200 Hz weigh cells which automatically compare the actual applied rate with the predetermined rate.

Deviations in the flow characteristics, for example when spreading blended mineral fertilisers, are detected and the spreader is re-adjusted automatically via the electric metering shutter slides.

This puts the 'auto' in auto calibration for accurate rate controlling, which is linked to Amazone's 'Easy Check' app.

"We can put down 16 mats, run the spreader over them then take photos of each mat," Carl said.

The app calculates the degree of coverage and 'recommends' the machine settings for optimal spreading which are then transferred to the AMATRON 4 display via Bluetooth.

"This automatically sets up the settings for the spreader," he said.

AMAZONE says the app also allows operators to develop their own fertiliser database, in which they can recall fertiliser properties, spreading results and spreader settings at any time.

"We might do the settings two or three times during spreading depending on conditions and we also can manually adjust settings," Carl said.

Apart from conditions, another main reason for buying the AMAZONE spreader was section control.

"There's the ability to have 16 section control with different drop-point changes on the spinners," Carl said.

"It has saved us about five per cent in urea and we've only been going less than two months."

AMAZONE researchers have put a lot of thought in to the ZA-TS model spreaders compatible for mechanically-driven Tronic or hydraulically-driven Hydro configurations.

The new feature complements a number of other automated technologies found on the ZA-TS, tilt sensors.

The on-board tilt sensor measures any deviation in the centre of gravity, both front to back and left to right.

The processor then automatically adjusts the electric metering shutter slides to ensure an even, three-dimensional spreading pattern regardless of the terrain.

This allows for the operator to select one of three options when spreading the headland which reduces the throw distance on the boundary side landing product on the edge of the crop not out on unplanted ground.

Last year AMAZONE won a 'Machine of the Year' award at the annual Agritechnica Show in Germany for the Argus Twin lateral distribution optimisation technology, which features eight radar sensors mounted above the left and right hand spreading discs.

These sensors monitor the spread pattern and then automatically adjust the electric delivery system of each disc if any deviation from the settings is detected.

This is an option available for most AMAZONE spreader models.