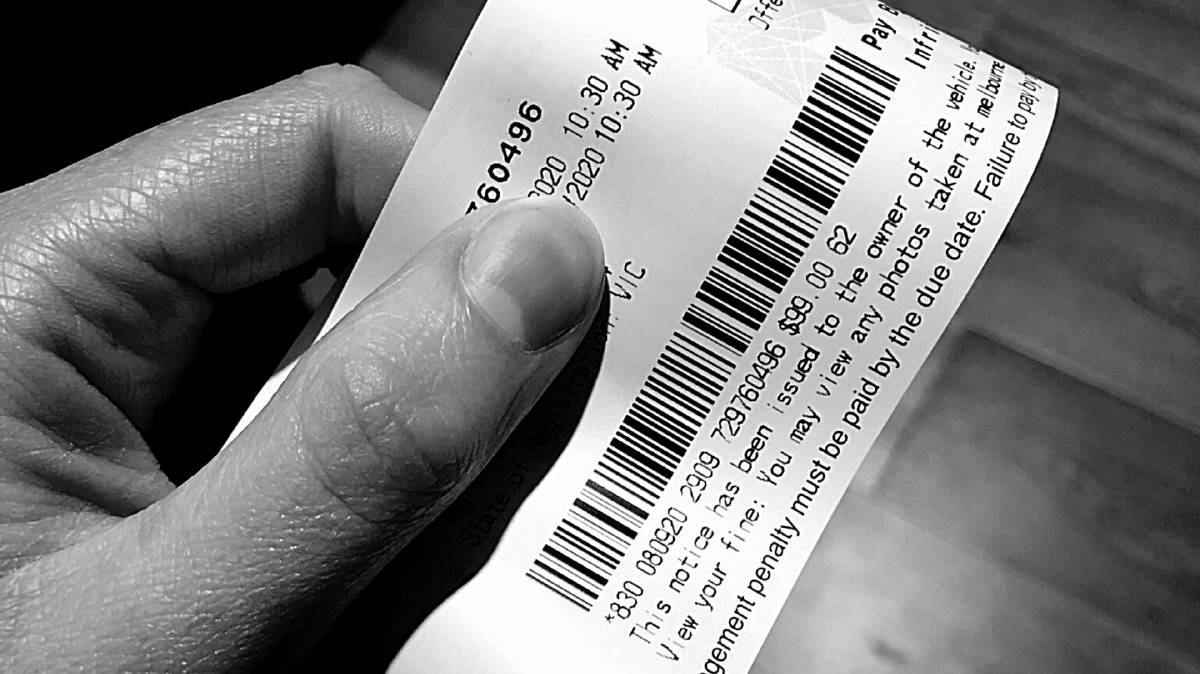 The fine print - and the big bold message it sends - was discussed by an anaesthetics registrar on Twitter today. Photo: Katarina Arandjelovic

You may not have heard the name Katarina Arandjelovic before today. And fair enough, too.

Her Twitter bio tells us she is an anaesthetics registrar in Melbourne, passionate about precision medicine and genomics (among other things).

Earlier today she addressed City of Melbourne and its Lord Mayor, Sally Capp, on the the social media platform and let them know about her day.

"I am a doctor at the Royal Melbourne ICU. I worked 56 hours over four days in helping look after some of our state's sickest patients. At 10pm last night, I left work to find a fine on my car dashboard."

She went on to detail just some of the issues facing frontline workers. It wasn't particularly emotional, though these lines in the thread of Tweets did leap out: "We come here, and we sweat it out under our gowns, our voices muffled under masks, learning to "smile with our eyes". We wash our hands obsessively, hoping desperately we do not become part of That Statistic."

She finished by calling the fine "one hell of a thank you".

Within hours, the City of Melbourne apologised and withdrew the fine. That was after many people, complete strangers, offered to do the very same.

Lord Mayor Capp announced up to 5000 extra temporary parking permits would be available for frontline workers, in addition to the thousands already provided.

It was something of a win on another bleak day statistic-wise in Victoria. The state recorded 19 coronavirus-related deaths for the second consecutive day and 331 new cases. It's not all doom and gloom but Victorians have been warned to brace for more deaths.

Six children, all younger than 10, are in hospital with COVID-19. And of the 43 people in intensive care, two people are aged in their 30s.

Nationally the death toll now sits at 331 with 12,134 people having recovered.

Victorian Premier Daniel Andrews faced more questions - this time at a public accounts and estimates committee over his government's handling of the pandemic.

He said the defence force wasn't on offer to guard Victoria's quarantine hotels, he defended the decision to lock-down nine public housing towers in early July and he deflected many questions, citing a separate probe into hotel quarantine would begin public hearings on August 17.

And so it goes.

NSW recorded 22 new cases, with eight cases linked to a growing Sydney school cluster; Queensland has hit a 10-day streak of no community transmission; WA sent dozens of health professionals to Victoria and the NT revealed that visitors from coronavirus hotspots have been locked out until 2022. And if you were hoping to see your NT-living family for Christmas, think again, the Chief Minister said.

Christmas, wow. Are people really thinking about Christmas? Last time I checked it was April!

The story 'That Statistic' explained by a frontline worker first appeared on The Canberra Times.