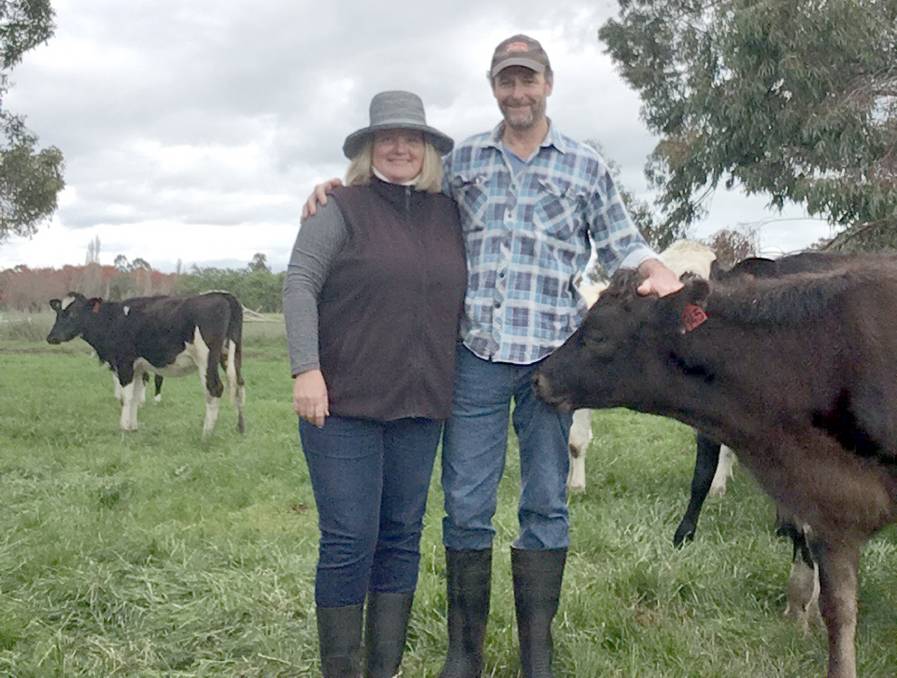 FOR a seventh consecutive year Waroona dairy farmers Luke and Vicki Fitzpatrick are among the top 100 best quality milk producers in Australia.

The milk quality awards are based on low bulk milk cell count (BMCC) across the season and this year's medal took the Fitzpatrick's total tally to nine gold.

They milk 200 cows in an 11-a-side double-up herringbone dairy with the help of one full-time employee and one part-time worker and with a meticulous attention to detail.

Mr Fitzpatrick said he believed one of the biggest factors in their consistent gold-medal milk quality was a decision 20 years ago to stop feeding antibiotic milk to calves that would eventually end up in the herd.

"We feed our calves on milk that we could otherwise sell in order to avoid them developing antibiotic resistance," Mr Fitzpatrick said.

A switch to vented triangulated cup liners also helped - they are softer pulsating on teats than traditional round cup liners.

But basically, according to Mr Fitzpatrick, keeping the BMCC down is relatively simple - calm cows and very good hygiene.

"We keep the cows calm, there's no dogs, no yelling or going out into the yard to chase them up (onto the milking platforms), they come up in their own order and we give them time to let down (release their milk), we don't hurry them," he said.

"We've also turned the radio in the dairy off - it was more for the milkers than for the cows anyway, but the cows pick up on whether the milker is calm or not.

"The other thing is we use an iodine teat spray - every teat, every cow, every time."

Another six WA dairy farmers won silver medals in the annual quality awards meaning they and the four gold medal winners were in the five per cent of Australian dairy farms with the lowest BMCC.

Most of them have been multiple quality award winners over the years.

Dairy Australia managing director David Nation congratulated the 2020 winners and said achieving gold and silver medal milk quality required "consistent focus across the year on all aspects of the milking process, including effective mastitis control and maintaining a high level of attention to detail".

He said it can also be more profitable with most processing companies paying a premium for milk with a BMCC below 250,000 cells per millilitre.

Monthly BMCC averages are provided by milk processors for each of their suppliers and are used to calculate the annual average BMCC for each farm.