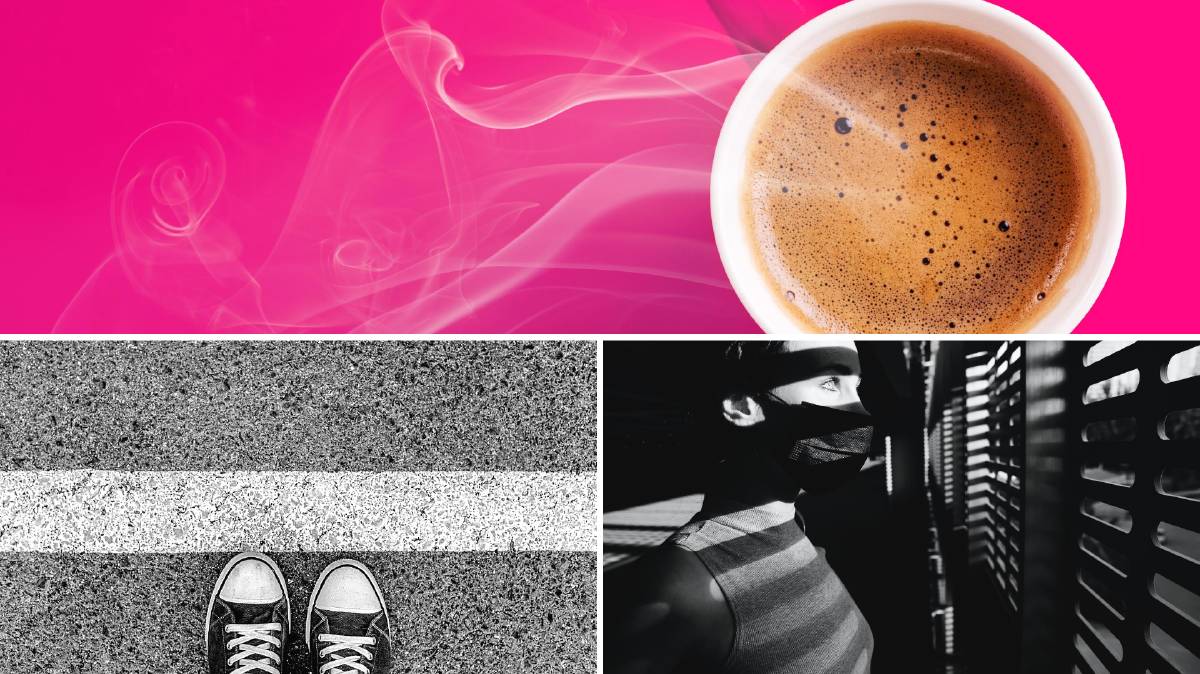 How August 13 plated out - coffee, queues and quarantine. Photos: file

It's a sign of the times when the number of new cases garners a wee cheer from people in a socially-distanced line. But that's 2020 for you.

That's what happened in a coffee queue on the NSW north coast when it was announced Victoria recorded 278 new cases of COVID-19. Sadly, there were another eight deaths, but that's significantly down on yesterday, too.

NSW has recorded 12 new cases and one death overnight. The woman, in her 80s, is the 53rd coronavirus death in NSW and brings the national toll to 361.

It's "as you were" in Queensland where no new COVID-19 cases were reported overnight. Just 11 remain active 12 days after the state recorded its last local infection.

That good run was enough for Premier Annastacia Palaszczuk to tell her parliament that: "The danger is still on our doorstep."

As long as there is transmission in southern states, she said, those borders will remain firmly and unquestionably shut.

But, it of course, doesn't legislate for the people who walk out of the quarantine hotel nine days into a two-week isolation period, as one 25-year-old Aaron Sydney Green did.

He surrendered himself to police, appeared in court, has been sentenced (fined $1500) and retested (negative) and is back in quarantine.

Police Commissioner Katarina Carroll called it a system failure: "If we had a very robust system ... with good governance, this would not have occurred." Ms Carroll said extra police had now been assigned to quarantine hotels.

She's not the only one thinking about quarantine security - New Zealand's deputy PM spoke freely to the ABC TV today about holes in the Kiwi system.

It's just that he hadn't heard through officials but rather through a "very reliable" NZ journalist that a quarantine system breach led to the new cases after 102 days. Anyways ...

Our friends across the ditch are facing a surge in cases and many are expecting that Auckland's mini-lockdown will be extended.

The outbreak of coronavirus discovered in South Auckland has become a cluster, with 13 new cases confirmed today.

The response has sharply escalated: each confirmed case of COVID-19 will now be swept away to a quarantine facility, separated from their family and the community.

"Once you identify a cluster, it grows before it slows. We should expect that to be the case here," Prime Minister Jacinda Ardern said.

As the number of confirmed cases grow, it seems unlikely a three-day lockdown will be enough to corner the spread. It is understood that decision will be made at 5.30pm Friday in New Zealand.

And then there's the small matter of the NZ election on September 19. That, too, will be discussed at Friday cabinet meeting.

The story Coffee, queues and quarantine first appeared on The Canberra Times.