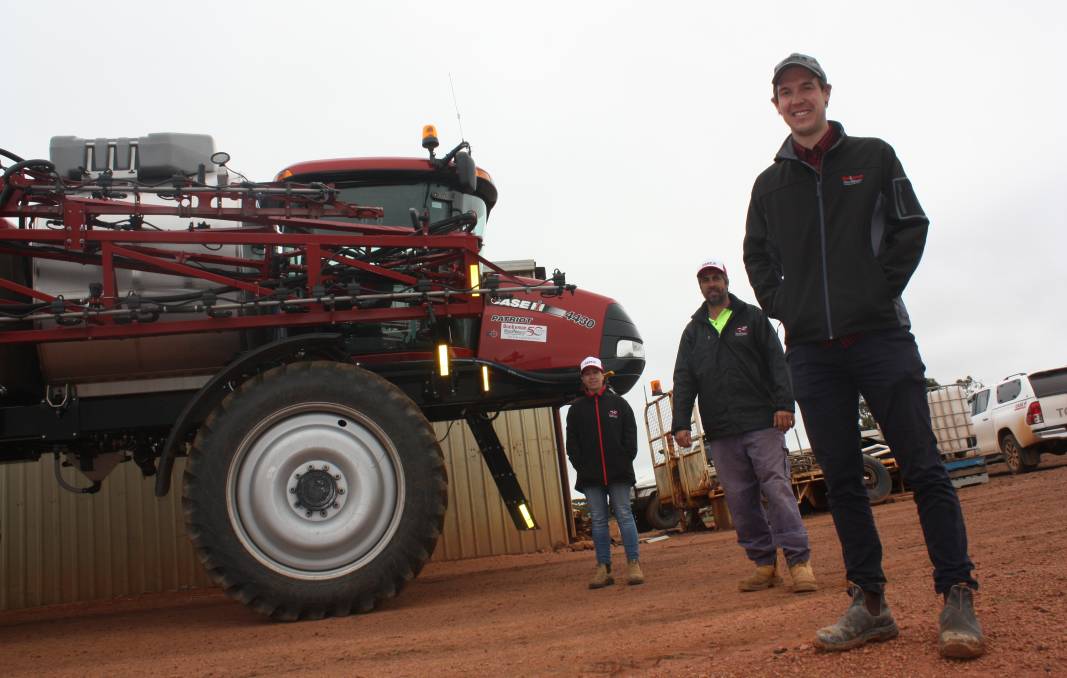 "Anything I buy I look at the service side, not the salesman..."

SERVICE back-up is often quoted by farmers when asked why they bought a particular machine.

Usually it's a quote towards the end of an interview, almost given as an extra input for a story.

But for Wannamal farmer Mark Stampalia, he cited "excellent service" from Boekeman Machinery, Wongan Hills, as the "number one" reason he bought a new Case IH Patriot 4430 self-propelled boomsprayer from the dealership.

"Anything I buy I look at the service side, not the salesman and I had a good record with Boekeman servicing my Case IH 2388 header," Mr Stampalia said.

"It's an attitude thing and they are quick to respond to any queries for parts or problems I may have.

"And when you're using equipment, a quick response can mean a lot of time is not wasted."

That's particularly true when spraying because good spraying windows don't happen everyday and if you're in a 'window' the last thing you want is downtime.

"With the new sprayer I've had a few questions relating to the new Pro700 screen which I hadn't used before and I got it all resolved over the phone," Mr Stampalia said.

"The service staff also often just drop-in to see how you're going and that's a good thing because you have an opportunity to share information."

So far, with 130 hours notched up since the delivery of the 4430 in July, Mr Stampalia has not encountered any problems.

Much of his 2000 hectare cropping program is on hilly country in the Darling Scarp and he is impressed with the 4430's self-levelling boom and AIM Command Flex, with Pulse Width Modulation.

"You have to be careful spraying over some parts that can dip sharply but generally the boom does a good job," he said.

He also gives the AIM Command Flex a big tick estimating he is using about 10 per cent less chemicals.

"You can easily see what you're achieving on the screen and it didn't take long for me to notice the numbers were a lot better than my old SP," he said.

That model also had a 36 metre boom but had a tank capacity of 4700 litres.

"That gives me between 82 and 83 hectares a tank which I'm happy with." 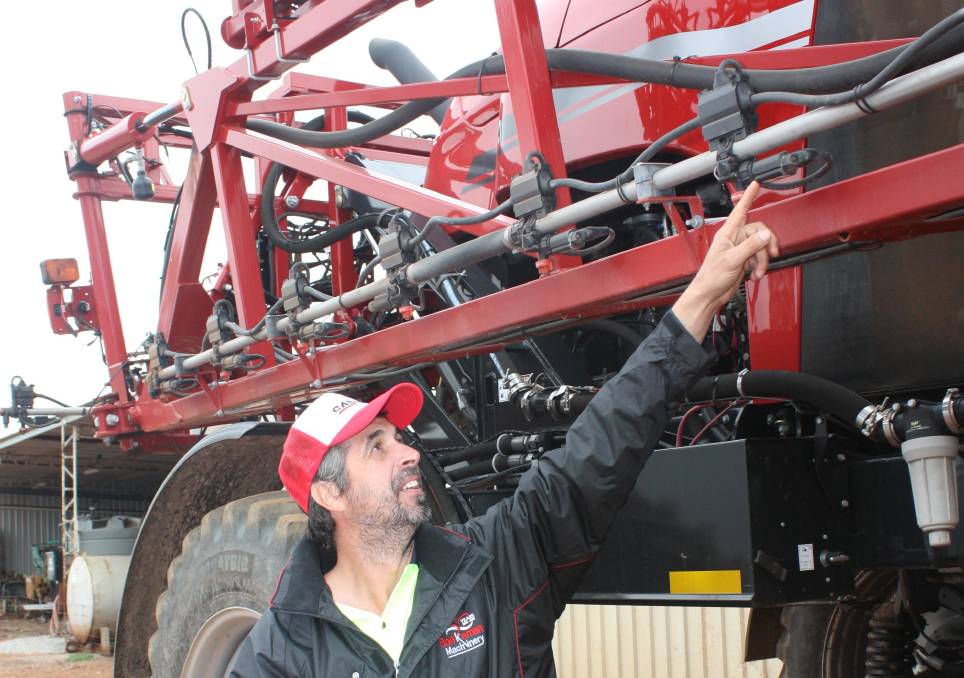 A good feature of the Case IH Patriot 4430 SP boomsprayer is the AccuBoom automatic boom section control, which automatically turns off boom sections when entering an area that has already been sprayed.

The Pro700 incorporates Trimble's Range Point guidance platform which is linked to a 36-section control system.

"In this hilly country with irregular-shaped paddocks, the section control is almost a must-have and it also contributes to chemical savings," Mr Stampalia said.

The other bonus is being able to stay out longer when strong winds pop up instead of reluctantly heading back to the shed.

Decision-making is made easier because of on-the-go ability to change droplet sizes rather than stop and change nozzles so there's less hassle in paddocks where you've got different weed burdens which might mean using different nozzles.

According to Case IH, you just adjust the spray pulse to vary pressure up or down depending on whether you want a finer pattern for grasses or a heavy pattern for broadleaf weeds.

And having control of droplet patterns eases neighbours' concerns of spray drift, with the ability to control the pressure in the boom independent of the chassis speed.

It provides the advantage of being able to balance coverage and drift for particular paddock conditions on-the-go.

A neat feature is an alert if a nozzle malfunctions.

The AIM Command Flex system monitors each nozzle and alerts the operator immediately if a valve stops working or a wire becomes loose.

The alert is displayed on the screen and LED indicator lights on each nozzle control valve flash to identify the problem, nozzle or nozzles.

The addition of the larger tank has meant lighting changes to accommodate the increased height of the tank.

Light reflection back into the cab has been eliminated and the boom lights have been moved forward, above the cab, allowing for better lighting of the full boom.

An increased focus on suspension components has resulted in the bushing material being replaced with greaseless high strength nylon and a centred pin design allows for seven per cent greater bearing area, improving the life of the components.

It is linked to a hydrostatic transmission.