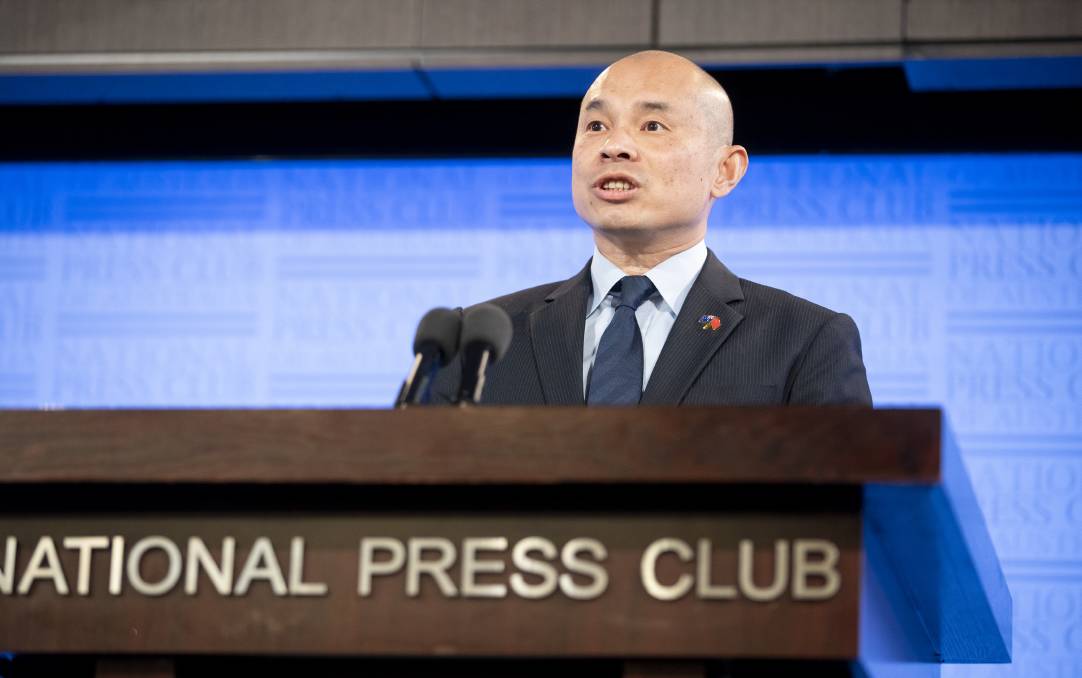 One of China's most senior diplomats in Australia has refused to say the COVID-19 pandemic started in China, in a speech that sought to place responsibility for tensions between the two nations entirely with Australia.

While not mentioning specific areas of tension, the speech was pointed and sent a direct message to the Australian government that China didn't intend to back down on areas of disagreement.

In an address that presented a rosy view of Chinese-Australian relations, Deputy Head of Mission in Australia Wang Xining simultaneously asserted China's system of government and slapped down Australia on a number of issues, including on trade, sovereignty and foreign interference.

Mr Xining said Australia and China's relationship should be based on respect, goodwill, fairness and vision.

Respect would mean staying out of each other's internal affairs and respecting each other's "sovereignty and territory" - a veiled reference to China's claims on the South China Sea and bid to exert further control over Hong Kong.

"We should respect each other's choice of social and political system and mode of development, and refrain from imposing one's own idea onto the other," he said.

"We should respect each other's legal system and rule of law, and refrain from interrupting the other's legal proceedings and undertakings."

Asked about Australia's call for an independent investigation into the origin of the COVID-19 pandemic, Mr Wang called it a "shocking proposal" and said "we were singled out, we don't think it's fair".

Pressed on whether he denied Wuhan in China was the source of the virus, Mr Wang said that determination should be left up to scientists, even though it was first identified and reported in China.

On the menu at the Press Club was Wagyu Beef, pearl barley and Australian wine, hitting on three sore points in the trade relationship between the two countries, with China announcing tariffs on barley, and beef, and accusing Australia of dumping wine in the country.

Mr Wang denied Chinese ministers were ignoring calls from their Australian counterparts on these issues, despite repeated questioning on the dispute.

He said it wasn't possible to organise face-to-face meetings due to the pandemic, but there was no block in communications and didn't say if Australia was being singled out after making the call for the investigation.

"Diplomatic channels are open. Our policy towards Australia has never changed," he said.

"We wish to have a very sound and stable relationship that will work to benefit our people, and benefit our country."