WA beekeepers are more united now than ever and looking forward to the new opportunities presented to them by a new national honey library being established, according to WAFarmers Bee Section president Matt Colvin. 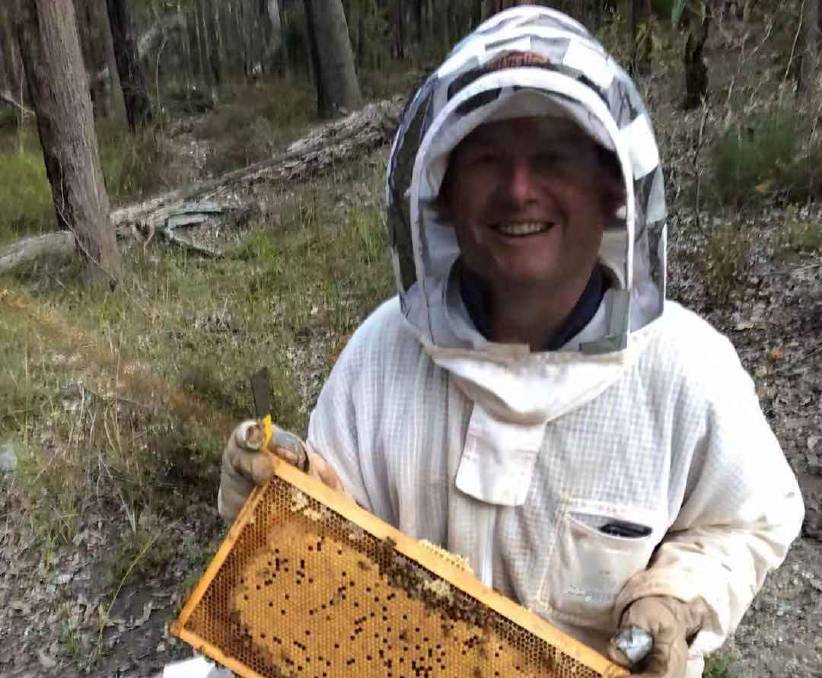 WAFarmers Bee Section president Matt Colvin with some of his hives. 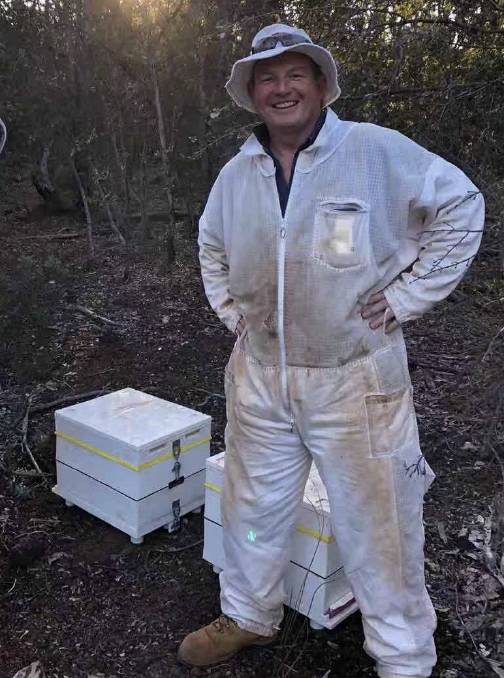 WESTERN Australian beekeepers are more united now than ever and looking forward to the new opportunities presented to them by a new national honey library being established, according to WAFarmers Bee Section president Matt Colvin.

WA researchers at The Co-operative Research Centre for Honey Bee Products (CRCHBP) in partnership with industry body B-Qual Australia, are leading the project which is aimed at increasing supply chain transparency for consumers and producers.

The system works as B-QUAL records track the placement of the hive - however honey bees cannot be 'fenced' into a paddock and will choose their own flight path and flora, from which they will source nectar and pollen to meet their nutritional demands.

Project leader Liz Barbour, from The University of WA, said despite the size of Australia and the complexity of the honey bee forage range, it was surprising that the palate of the honey bee appeared to be quite selective.

Dr Barbour said whether this was due to nectar attributes, flower shape, colour or pollen amino acid composition, there were flowers bees did not venture near.

"It was found, for instance, that from all the biodiversity in the south-west of Western Australia, honey bees favour only 242 native species," Dr Barbour said

She said the CRCHBP had been developing a bee flora database starting in WA and moving across to the east coast.

Researchers have been collecting samples from local producers, one of which was from Mr Colvin.

Dr Barbour said the database relied on published literature, a Bee Flora Spotter app on their web page and observations recorded by their researcher cohort, usually made up from Phd students.

"Linking the GPS location of each honey to the CRCHBP bee flora database enables sample source confirmation and acceptance of the honey sample into the Honey Library," she said.

"In each participating laboratory, the collected honeys are stored under the same conditions and in the same container type to assist with standardisation and repeatable analysis results.

"This Honey Library will take years to complete and most likely, will be continuously expanding as our floral landscape changes.

"Most of Australia's flora does not flower every year - for instance a Jarrah tree is biannual and a Karri tree only has a major flowering once every 20 years.

"At times even when flowering occurs, the nectar does not flow to levels required for a honey bee colony to produce honey.

"This is a long-term commitment as is the dedication with any comprehensive collection or library."

It is likely the library will be based in New South Wales.

Mr Colvin, who regards himself as a semi-commercial beekeeper, said while the national database would be mainly made up of the big commercial honey makers, the benefits of it would flow on to even the small producers.

"We are excited as an industry," Mr Colvin said.

"A lot of research has been done in the past and it's good to now see some of that coming to fruition.

"A national database will provide a better understanding of the industry in Australia and improve its viability and profitability."

Mr Colvin has been a beekeeper for five years and while he is based in Perth, he has 400 hives in regional WA.

"I have kind of fallen into it and embraced it," he said.

Mr Colvin said WA had a unique flora and fauna, which wasn't found anywhere else in the world - and because of that the honey that can be produced is different from other types around the world.

With a national library in place to ensure the honey is up to standard, it would provide producers a better marketing platform internationally and also attract a higher premium for the product.

"WA is the only place in the world that has the unique trees we have, with the medicinal properties.

"It will have a knock-on effect for the conservation of those trees and those areas.

"It is also the last place on earth without the diseases that other places have."

Depending on the time of year Mr Colvin could have the hives in the northern Wheatbelt near Perenjori - Three Springs, to as far south as Northcliffe and the South West.

Each area provides a different variation in the honey, depending on the species of plants and flowers the bees are attracted to.

"It is very migratory - the largest movement of livestock in Australia," Mr Colvin said.

"We move the hives from the northern area to the coastal areas in winter where they mainly make honey from Banksia and wildflowers and then they are in the South West the rest of the year.

"It's very diverse but we are at the mercy of the seasons.

"Particularly for the smaller guys it can be uncertain as far as an industry goes."

Mr Colvin said after sharing his honey with family and friends, he had set up a business with a partner, WA Pure Honey, servicing local outlets in the Perth metropolitan area.

He was elected president of the Bee Section just a few months ago.

The organisation was small but represented a large portion of the sector in WA, which has about 3000 hobbyists as well as hundreds of commercial and semi-commercial beekeepers.

"In the past there has been a few issues within the industry but we have never been as united as we are now," he said.

"We have good support from the minister (Agriculture and Food Minister Alannah MacTiernan) and the Department of Primary Industries and Regional Development and we have had good research results that we can actually use."

The Australian honey industry is looking to reassure public trust in the product with the creation of a national honey library and traceability system.

The new moves to reinforce honey quality have been backed by the Federal government which is supporting the development of a flora database and an auditable, digitised traceability system.

The independently developed and audited food safety program, B-QUAL Australia, has been awarded $189,000 to assure the integrity of supply chains that deliver honey products to markets around the world.

"But success demands more than just a great product.

"In a global market where premium food commands a premium price, trust is our greatest asset.

"That's why the Australian government is supporting B-QUAL, an Australian Honey Assurance System that tracks product from flower and field to the customer's kitchen.

"Honey is one of the world's most adulterated foods so it's essential we rule that out.

"And we also have unique plants in this country that aren't recognised by many international standards, including many types of Leptospermum that produce our world-class Manuka Honey."

B-QUAL will also see the development of a flora database and a national honey library to ensure customers get what they pay for.

B-QUAL will be the program manager and work closely with the Australian government funded Co-operative Research Centre for Honey Bee Products to develop the Honey Assurance and Traceability program.

B-QUAL director Don Muir said the company was excited to be undertaking the project.

"The ability to trace Australian honey sources will also inherently increase biosecurity benefits for the industry by way of tracking disease or pest outbreaks through biogeographical regions," Mr Muir said.

The project is one of 16 to share in $4 million funding under the first round of the Traceability Grants Program.

"This should give total piece of mind to our customers both domestically and internationally of greater transparency of the product origin," Mr Littleproud said.