The sun is setting on Barry Webster's and his family's time farming, as they have listed their quality mixed enterprise farm, Somerset, for sale. Photos: Ray White Rural WA.

"IT will be sad to see the farm go but that's the way it is and for someone else it will be the opportunity of a lifetime to grow their business, like my family and I have done over the years".

Those are the words of Barry Webster, whose quality Tambellup property, named Somerset, is for sale.

The property has been in the family since 1963, when his parents Rex and Joan purchased 647 hectares of developed farmland.

Rex was a market gardener and Joan's family farmed in South Australia.

Mr Webster said his parents decided on settling in WA because his dad, who was a professional cyclist, had travelled around Australia and was tossing up between farming in Queensland or WA.

"I suppose they chose WA because it was more affordable than Queensland and it was around the time when the Esperance region was being developed for farmland so WA had a lot of publicity," Mr Webster said. 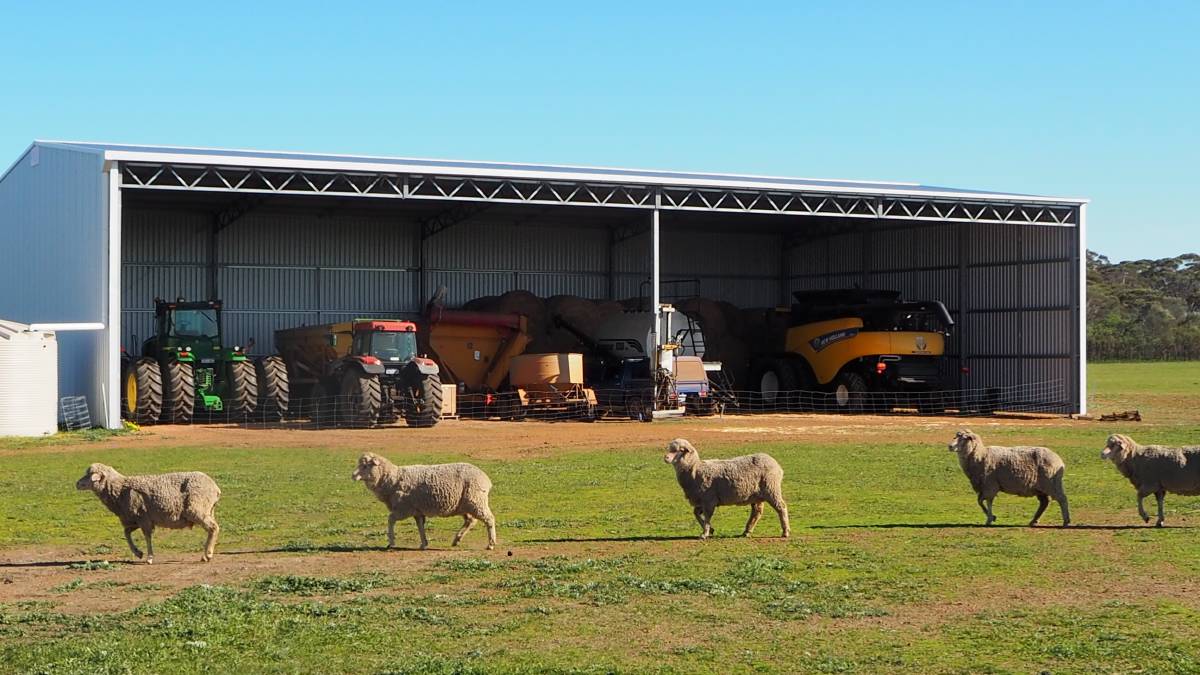 Over several decades the family acquired more land, some of which required clearing and their property now measures 1908.53ha.

In the early 1970s Mr Webster came home to the farm and then in the 1980s, he and wife Vicki took over farming the operation.

They now have two sons, Adrian, who farms at Denmark, and Craig who, with his family and parents, has run the Tambellup property.

Mr Webster said they have always had an intergenerational enterprise and their decision to sell is based on a "change in direction, not philosophy".

Looking back over the years, Mr Webster said he has loved farming and Somerset had always been a mixed enterprise.

"Nowadays there is probably more emphasis on cropping than sheep," he said.

"I think the two (crops and sheep) balance each other out and the property lends itself to running both because there is quite a bit of secondary grazing which we use to take the sheep off the paddocks.

"So in a tighter year our yields have never dropped much because of that." Merinos have consistently been their preferred breed, having always had a Merino base for their dual purpose appeal.

"More often than not if wool was down, meat was usually good, so they were a good animal to run," he said.

Mr Webster remembered the earlier years of his farming career being the toughest, as the 1970s were "a mixed bag".

"There were no markets for a lot of commodities so it was pretty tough but agriculture always seems to find a way through," he said.

"I think now the industry is much stronger - the markets are more diversified."

It's no doubt that agriculture is an innovative industry, with researchers constantly looking for ways to help farmers be more efficient at producing food and fibre and looking after their land and livestock.

While some farmers are keen to try and adopt new technologies and ways of doing things, others are more cautious.

The Websters have been the former type of operators.

"We (farmers) need to embrace new technologies to be profitable," Mr Webster said.

"You can ignore it but eventually it will hit you in the pocket."

Coupled with welcoming innovation, Mr Webster also believes it is important to look after the land, even when it might not necessarily complement the farm business, by planting trees, fencing off creeklines, improving soil nutrition and creating wildlife corridors.

"We have always looked at the land as more than making money and looked after it," he said.

"If you don't love the land, I don't think you get enough out of it.

"The property has been incredibly kind to us."

"We have always been either purchasing land or paying it off but I guess that's the nature of the beast - if you aren't moving forward, you're going backwards.

"When I look back, I wonder what all the worry and stress was about - we farmed in a reliable area, with good water on the property and it has been farmed the right way."

Mr Webster said he hopes that the new owners appreciate the property as much as his family did.

"I suppose I hope for it to be farmed in a similar way to how we farmed it and that it is looked after," he said.

"Given that land is so hard to come by these days, hopefully this will be a good opportunity for someone to expand, like my family did - someone had to sell for us to buy more land."

Somerset presents in great condition and the land has been farmed on a long-term sustainable basis.

It is well watered via 27 dams, which have been well maintained.

But the real water appeal is from a scheme water pipeline that services the Tambellup township and passes through the property with three metered outlets that provide guaranteed water for stock, spraying and domestic use.

Mr Webster said the pipeline coupled with reliable rainfall has meant they have never had an issue with water on the farm.

With good soil types, adequate and quality infrastructure and accommodation, Somerset is a prime example of decades of excellent farm management and a passion for the land.