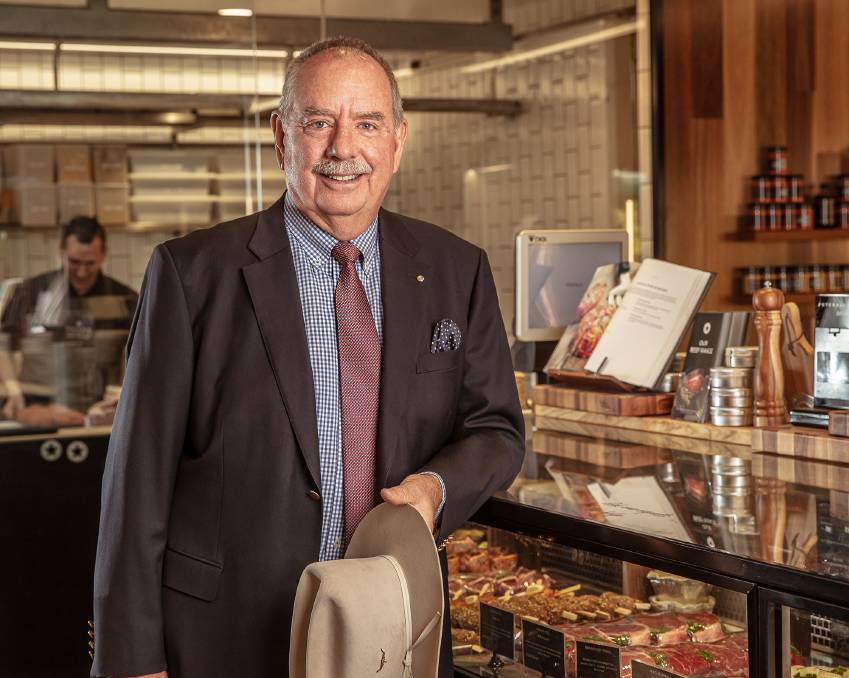 "It's dangerous to presume we'll continue to have the support of the quiet majority."

When Don Mackay reflects on his time as Independent Chair of the Red Meat Advisory Council (RMAC), he is proud of the industry working together to tackle the big challenges that could impact its long-term viability and prosperity.

Mr Mackay will step down at the end of the month after four years in the role.

He sees launching and progressing the Australian Beef Sustainability Framework as a prime example of successful industry cooperation.

The Framework was developed to meet the changing expectations of consumers, customers, investors and other stakeholders. It defines sustainable beef production and tracks performance each year to show how the industry is providing jobs and nutritious food, while caring for the environment and animal welfare.

The process of developing the Framework started while Mr Mackay was a director but was launched and progressed while he was chair.

"It has become an important tool for our industry, to show what we're doing in relation to the key issues," Mr Mackay said.

He says broad consultation has been key to the Framework's success. That's why its team has consulted with industry as well major customers, investors, consumers, government and special interest groups.

"We work with a lot of different groups including those with an interest in our industry and our impacts on animal welfare and environment. And we've copped criticism from some areas for engaging with some groups, but I don't accept that criticism as being legitimate because you need to understand all points of view to understand the whole environment in which you work - the whole social, financial and political environment.

"You can't just lock the door and tell everyone to go away."

Mr Mackay says the Australian Beef Sustainability Framework is even more important now than when RMAC started those conversations.

"It gets more important every day as the industry faces increasing scrutiny," he said.

SEE: Renewed interest in how beef is produced in post-COVID world

He says reporting what the industry is doing helps to maintain and enhance people's respect and support for it.

"It is a very dangerous to presume we'll continue to have the general support of the quiet majority of people. We need to show our continuous improvement and keep engaging so we can tell them what we actually do," he said.

He gives the example of farmers' active management of the landscape.

"The reality is the largest percentage of Australia is managed on a daily basis by the farming community, and without that farming community - who are making a living from the land, and therefore able to undertake the control of weeds and feral animals - the environment would be much worse off and the taxpayer would have to pay for the management cost," he said.

"And there would be no community because farming businesses are the fundamental economic base on which regional communities survive.

"We undersell what we do. We are doing an amazing job on behalf of Australian citizens, in maintaining and improving the national estate, the country of Australia. They're the things that I want people to recognise rather than casting aspersions on our industry."

Mr Mackay says industry developing targets for ongoing improvement will be a key element for the Framework to continue progressing.

"It needs to take the next logical step," he says.

Mr Mackay recognises that not everyone in the industry will agree with the targets.

"When you want to undertake any change to the way people see their lives or their businesses operating, that is for the betterment of the overall industry, not everybody will agree. You'll never get a hundred percent agreement on what we're doing.

"But what it does require is strong leadership, by those who represent the whole of the supply chain."

He says as well as protecting the industry's social licence and access to markets and capital, demonstrating continuous improvement can also avoid undue regulation on industry.

"The last thing the industry wants is regulation, and I've found in my years representing industry, including as RMAC chair, where you go to government with a solution, it means they don't have to come in over the top and regulate.

"Solutions to regulate ourselves is exactly what most governments want. Regulations from a government is, in my view, a last resort."

He says to achieve that, industry has to be strong and mature, and take a broader view of what is the best outcome for the whole of industry going forward.

"By definition that will not always satisfy every person and every element. But if you're able to take these changes on and make improvements, as an industry without regulation by government, then that's the right outcome."

The story Don Mackay on sustainability: Why we talk to everyone first appeared on Farm Online.