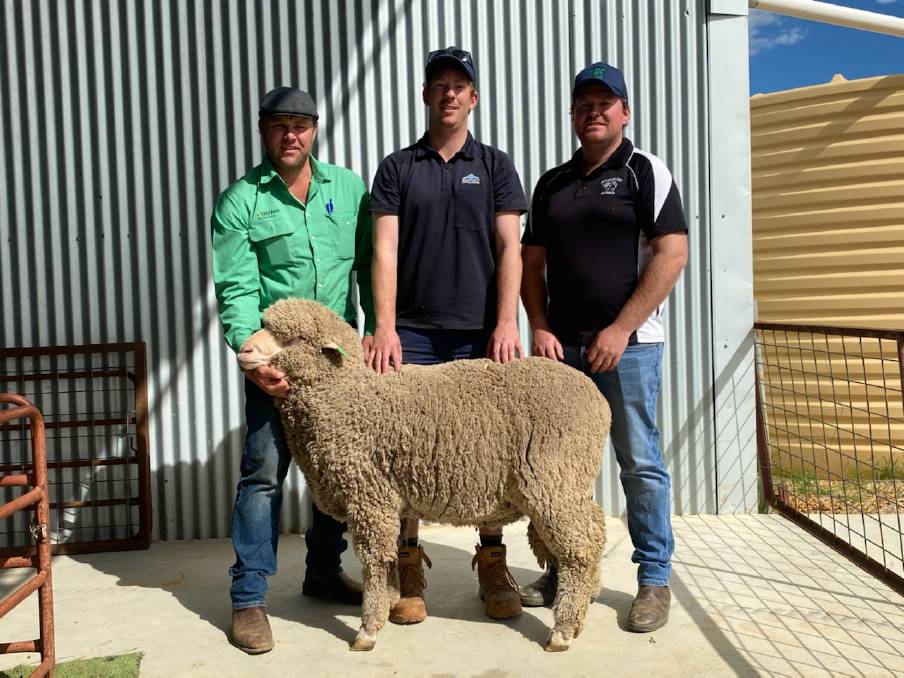 THE Last family's Aylesbury stud Merino and Poll Merino stud, Merredin, like most this selling season, felt the effects of the dry seasonal conditions and a depressed wool market when it hosted its 35th annual ram sale at Merredin recently.

Solid support from long-term clients from the local area and as far away as Badgingarra ensured a solid clearance for the stud and a top of $1300 recorded twice.

In the sale the Lasts offered 50 rams under the Nutrien Livestock team and 46 of them found new homes at an average of $821, which was back $236 on last year.

In comparison in last year's sale the stud offered 50 rams and cleared 49 at an average of $1057.

Nutrien Livestock Merredin, Livestock & Land agent Aaron Caldwell said the rams on offer from the Aylesbury stud presented very well and the sale in general was well supported throughout.

"It was great to see that the stud again received strong buying support from long-term clients which highlights the rams are doing the job in the paddock," Mr Caldwell said.

"Given the challenging seasonal and market conditions producers are facing, the sale held up well in terms of both clearance and prices."

It wasn't long into the sale that the two $1300 equal top price rams were sold, with lots two and three gaining this value.

The Aulds were active buyers throughout the sale, purchasing another five rams to go with their top price purchase to finish with a team of six at an average of $992.

The second ram to be knocked down at $1300 was purchased by fellow repeat buyers, the Giles family, Neening Valley, Merredin.

Like the Aulds the Giles weren't content to take home just one ram - they in fact ended up being the sale's second biggest buyer.

By the end of the sale the operation had purchased another 11 rams to finish with a team 12 at an $800 average.

There were a couple of buyers who bought smaller teams but weren't afraid to bid up on the rams at the top end.

Return Badgingarra buyer GR Teasdale averaged $1070 across a team of five which topped at $1200 for three rams, while a Westcoast Wool & Livestock account became the new home to two rams at $1200 and $1050.

Other buyers to secure multiple purchases were Azalea & Co, Nungarin, which purchased three rams at a $733 average and JF & RF Crook & Co, Merredin, finish with two rams at $1050 and $500.