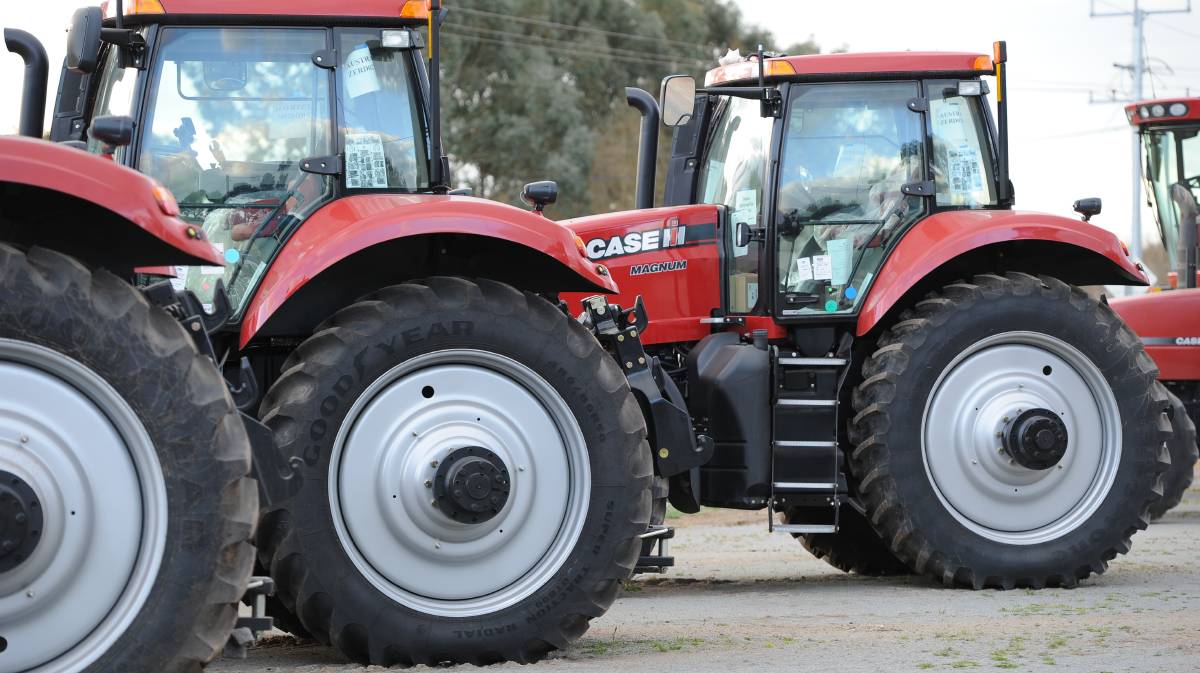 Budget horsepower: Farmers will be able to write off the entire balance of their equipment depreciation pool, instantly up-sizing credits against their 2020-21 tax bill.

In addition to this year's federal budget allowing producers to spend unlimited amounts on new machinery and eligible farm infrastructure and then claim an instant tax write-off, they can now write off outstanding depreciation entitlements left over from past equipment purchases.

When tax time rolls around next July small businesses with less than $10 million turnover will be able to deduct the entire outstanding sum in their simplified equipment depreciation pool spanning assets they may have acquired years ago.

Under normal circumstances the book value of a farm's plant and equipment would be slowly depreciated annually, initially at 15 per cent of the purchase price, then 30pc.

However, at the end of this financial year, rather than continuing the gradual depreciation, write-downs over a six- or eight-year timeline will be replaced by a once-only clearance opportunity. A case study by national accountancy group RSM Australia has highlighted how a typical farming business turning over about $9m in 2020-21 may benefit from some of the budget's special provisions.

If, for example, the hypothetical Mooralee Farming company acquired a new $850,000 grain harvester this financial year and had a closing equipment depreciation pool balance of $1.5m it would be entitled to a total tax depreciation on assets worth $2.35m.

Additionally, thanks to the new loss carry-back provision allowed for the next two years, if Mooralee did not earn enough to pay tax in 2020-21, it may be able to offset its losses against taxes it paid in 2019-20 or 2018-19, and receive a revised refund.

Another business example provided by the federal treasury department identified a graingrower planning to buy a $600,000 header just prior to harvest next year.

Under normal circumstances that business would only claim a total tax depreciation deduction of about $180,000.

Under the instant depreciation provisions available for the next two taxation years, the farm would instead claim a deduction for the full cost of the header, effectively worth an extra $420,000.

With the small- to medium-sized company tax rate also down to 25pc by 2021-22 that depreciation deduction would translate into the farming business paying about $105,000 less tax for that financial year.

The tax saving would leave the company with extra funds to grow its business.

RSM analysts said the government deserved top marks - or at least a B-plus score - for delivering key measures to support agribusiness in this month's budget.

Aside from the immediate no-cap investment depreciation deductions and the loss carry-back offer for the next two seasons, the extension of temporary visas to support the agricultural workforce, plus JobMaker credits for hiring employees under the age of 35, were notable opportunities for farmers and farm services businesses.

"The only reason it hasn't earned an outstanding score is because its key stimulus measure is only accelerating short term benefits with entitlements that were always available in the future," the group noted.

Given agribusiness was a capital intensive industry, extending instant asset write-offs to an unlimited purchase value would result in significant tax deductions.

Instant asset write-offs have been growing gradually over the past five years, initially only available to farms with less than $2m turnover, and until last year, limited to purchases worth less than $20,000.

The story Budget adds to tax credits first appeared on The Land.