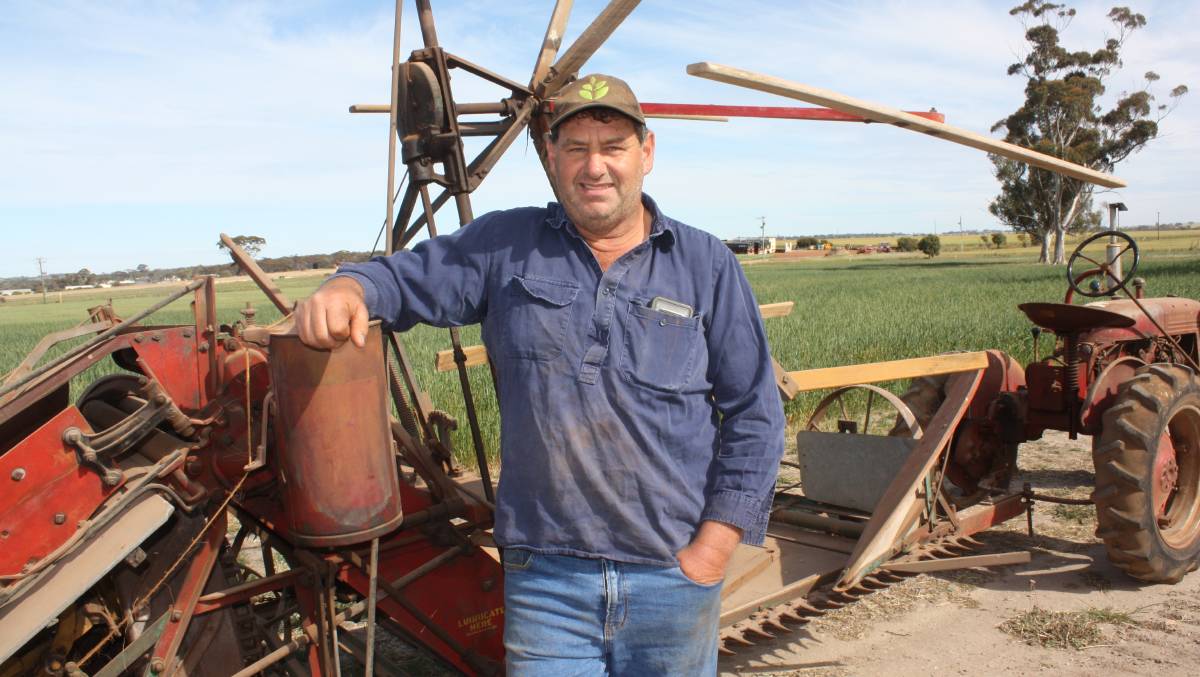 Wagin farmer and transport owner Peter Spurr interrupted a busy schedule for a photo op with Farm Weekly last week to publicise this Saturday's annual Hay Day on his property east of the township. The event, which includes working displays of vintage hay equipment and tractors, has proven a popular drawcard over the years.

"I will be building a haystack on the day from the sheaved hay."

WAGIN farmer and owner of Spurry's Transport, Peter Spurr, is holding his annual Hay Day on his property this Saturday.

It will be a day of demonstrations and displays showing how hay was taken off in the old days, including stooking and hay stacking.

This is an event that should get the adrenaline pumping for the oldies while providing our youngsters with an insight into how their grandparents overcame adversity to build a strong agriculture industry.

After the binders make a pass, the cut hay will be stooked.

Vintage Tractor & Machinery Association of WA (Tracmach) founder Bob Lukins and Tracmach committeeman Ivan Quartermaine were at Peter's venue last week to help out with servicing machinery and Bob told Torque about his enthusiasm for the event.

"I will be building a haystack on the day from the sheaved hay," Bob said.

"It will be a round one built the traditional way with a batter board to make it neat and it'll probably take me all day.

"The stacks used to be built as fuel for the horses or used to thatch sheds and stables."

Tracmach founder Bob Lukins was on hand last week to give Peter a hand to prepare for Saturday's event - he is in a healthy crop of Baroota Wonder hay wheat, which was the preferred beardless variety in the old days to feed chaff to the horses.

The hay will come from sheaves cut by the Sunshine Massey Harris which will be towed by a McCormick Deering WK40 tractor (circa 1936).

"We'll make the sheaves six at a time then stook them ready to build the haystack," Bob said.

Bob also will take along a Massey Harris sickle mower (circa 1930s) to add to the working displays.

Peter also will be driving a 1956 514 Farmall tractor which will tow a 1931 McCormick Deering wire tire binder.

It will be the oldest baler at the event and volunteers will be using pitch forks to push the hay into the chamber to make the bales.

The newest baler in the working displays will be a New Holland 317 (circa 1970s).

"There's a huge amount of interest in the event and we're expecting a big crowd," Peter said. 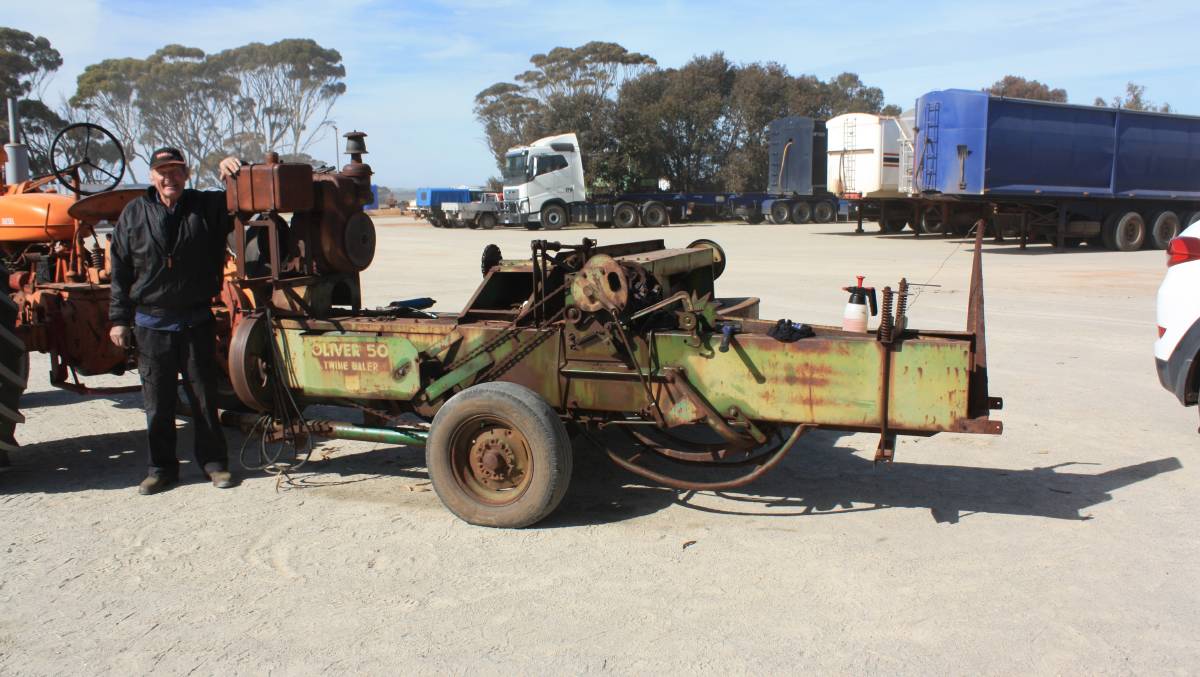 Tracmach committeeman Ivan Quartermaine is pictured next to an Oliver 50 small square hay baler which he will be using on Saturday as he drives an Oliver tractor (circa 1940s).

"We've got the local service clubs involved for catering and we're encouraging Trachmach members to bring their vintage tractors or hay gear to display or use.

"It was the traditional beardless hay wheat to feed chaff to horses."

The big day starts at 9am.

The venue is two kilometres east of the Wagin townsite.