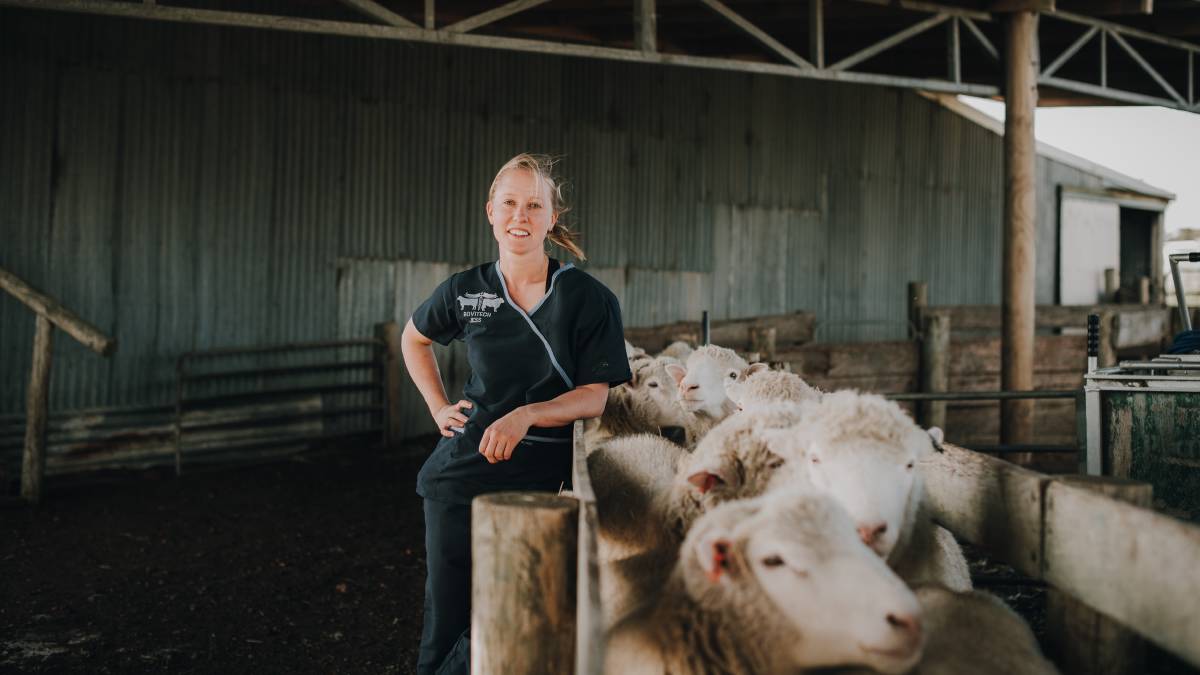 ANY business owner will tell you that running your own show is no easy task, but often it's more rewarding than working for someone else.

While Jess Shilling is a well-educated veterinarian, she said running a business had been one of the most challenging aspects about starting her own practice, Bovitech Veterinary Services.

When she completed university, armed with three degrees and an honours thesis, the world was her oyster and despite being from the city, she had her sights set on rural WA.

With family in Dalwallinu, Jess spent some of her childhood visiting her relatives' farm, which exposed her to the likes of sheep farming and a rural lifestyle.

This, coupled with her dream to become a vet and specialise in large animals, led her down the path of being a rural vet and ultimately started her own practice.

During breaks from studying, Jess became involved in showing cattle, meat judging and worked on a feedlot over summer.

"I really enjoyed working in the red meat industry and knew I wanted to end up in the country, so naturally that took me down the path of working with livestock," Jess said.

"I knew before I graduated that I didn't want to work in mixed practice, as most jobs available were at clinics which were heavily small-animal focused.

"If I wanted to take a 100 per cent large animal job, I'd have to move east or overseas, which I didn't want to do as WA is home for me."

The stars aligned for Jess, having met her now husband Cody, who manages a farm for the Metcalfe family at Manypeaks in her final year of study, it just so happened that the region was lacking veterinary services.

"Vets had been pushed out of the area in the early 2000s when stock prices were low and blue gum businesses were paying good money for land," she said.

"When I finished university and moved down, stock prices were much stronger and farmers had built up numbers again and the trees diminished, so there was need again for a livestock vet."

Jess registered her business the day she gained her qualification, with the intention of operating a mobile practice in the Manypeaks area, but it took some time to get it off the ground.

Her first role after university was working on the Lester family's feedlot, but as a cow chaser rather than a vet and then as a vet for the Australian Quarantine and Inspection Service (AQIS), based in export abattoirs.

During that time she started building her practise on the side and eventually left AQIS to work for herself full-time.

"It's been a great journey so far and I've certainly learnt a lot along the way and don't think I'll ever stop learning," she said, having also travelled to the United States to learn about embryo transferring in cattle.

With modern equipment and handling facilities taking much of the load off for manual labour in vet practising, the work has consequently become much more accessible for women as strength is no longer a factor.

"Most physical situations come down to technique, not strength," Jess said.

"I'm 150 centimetres and don't weigh much more than a chaff bag, but that's never stopped me from being able to do my job and I think cows appreciate someone with a smaller arm."

Humbled by her achievements, Jess attributed much of her success to the area and supportive clients who run progressive operations.

In turn, she bases her work on improving the productivity and profitability for her clients.

"While I can help individual animals, like a cow having trouble calving, I think production orientated vets can help producers a lot more by focusing on herd health and investigating issues on a farm-based level," she said.

"Every farm is different and every client has a unique outlook - I enjoy the challenge of working with different scenarios every day."