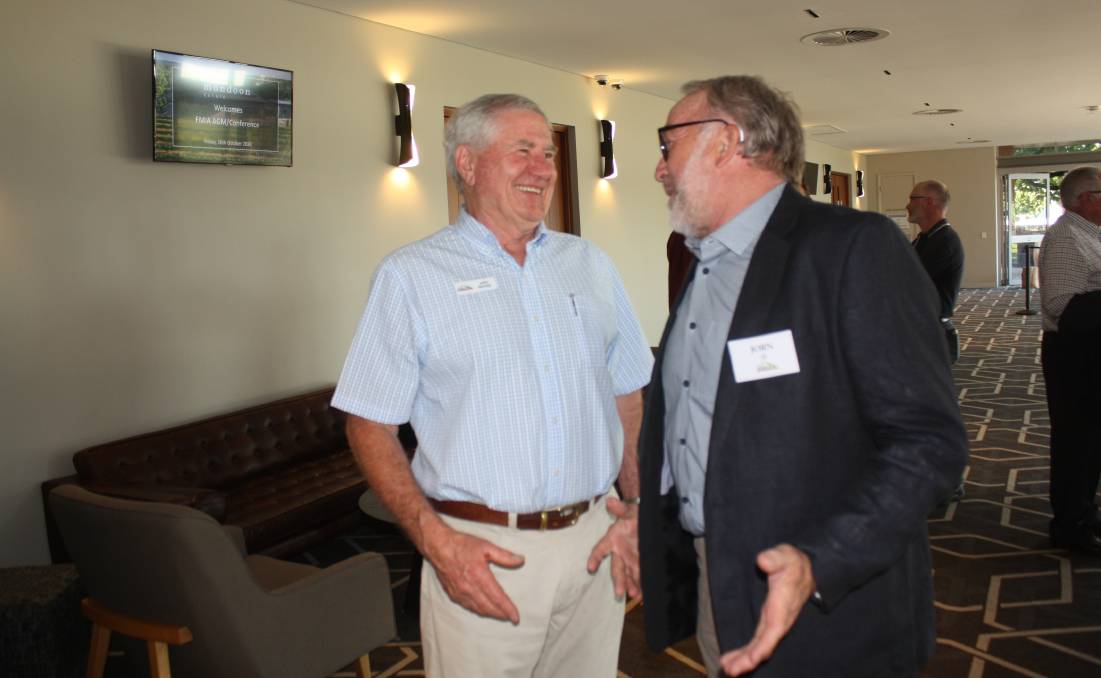 GOVERNMENTS will soon need to come to grips with the type of regulations imposed on autonomous machinery in agriculture.

Mr Henchy said he had broached the subject with the Department of Transport and was told they understood the situation because they had been working with the mining industry and have had demonstrations with Tesla.

"But we told them the mining industry works in a closed environment so they can do what they wish and also drive their vehicles conventionally, if needed," Mr Henchy said.

"But when our autonomous machinery arrives there will be no cab and driving them on public roads will be somewhat non-conventional.

"I sent the Department of Transport officials a video of eight autonomous sprayers following a pick-up truck in the United States to show them what we are talking about and it blew their minds.

"Because of their scant knowledge of what happens in agriculture, they had not thought of that but we're looking at autonomous vehicles becoming a reality in the near future.

"The question is what are authorities like the Department of Transport going to do about it?

"It is certainly a challenge for them, but it also underlines the importance that we as an association continue to develop good relationships with government departments so we can be on the ground floor of decision-making which will affect the industry."

Mr Henchy said a case in point was the State government's Work Health and Safety Bill.

"It introduces 'industrial manslaughter'," he said.

"It's a change which has been proposed without any consultation with the industry.

"There are also significant changes to the Industrial Relations Bill which could seriously impact business.

"As a result a joint industry group comprising more than 30 business and association representatives has been formed, to help counter these moves and we are a signatory to the group."

Mr Henchy also expressed frustration that for more than 25 years the higher education fraternity had yet to embrace precision agriculture training.

"Right now a student can have a diploma or degree in agriculture and know nothing about precision ag," he said.

"To correct this we are involved in a national industry working group, which oversees the development, content and delivery of the apprentice qualifications Certificate III in agricultural mechanical technology.

"Progress is slow but it seems we may be getting some traction."