73 Poll Merino rams were purchased under the hammer to a $1170 average. 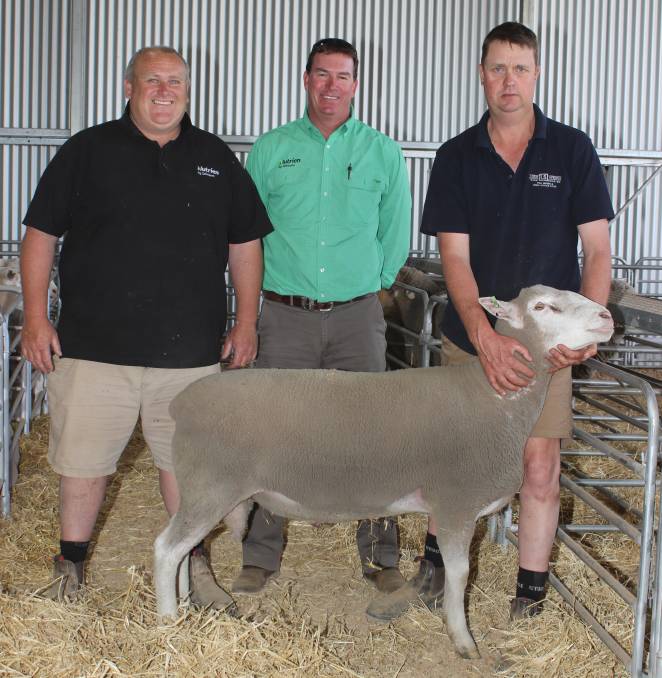 A healthy registration list of 40 potential buyers appreciated the fine woolled, dual-purpose Poll Merino rams as well as the long bodied, powerful, high performance of the White Suffolk sires offered, resulting in another very successful sale for the Goerling family and a 91 per cent clearance overall.

Ninety free growing Poll Merino rams were offered and 73 were purchased under the hammer to a $1170 average, down $15 on last year when 68 sold.

The $5100 top price came from the Poll Merino line-up, while their White Suffolk counterparts didn't disappoint with 118 out of the 120 White Suffolk rams offered selling at auction to an impressive $1300 average, up $137 on last year's sale result when 103 were offered.

A $2200 top price was achieved for a White Suffolk. 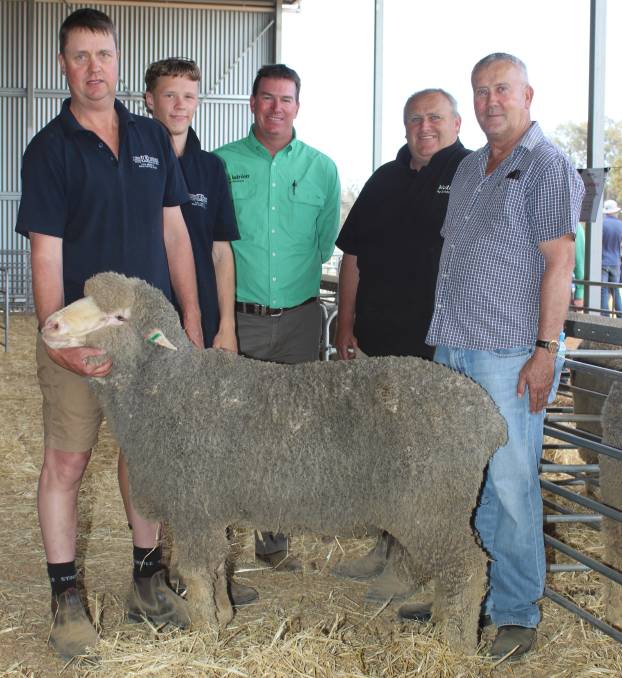 Nutrien Livestock Katanning agent and auctioneer Mark Warren navigated his way through the quality line up of sires.

"The Goerling family must be commended on their continued investment in genetics and their working in building their client base," Mr Warren said.

Mr Warren said when more producers get to know their performance the demand for them will only grow.

"From the first pen until the last, the White Suffolk rams couldn't have been more even,'' he said.

"They showed good length of body, plenty of size, great figures and will sell strongly for years to come."

"The sale clearance in the White Suffolk offering was brilliant, with the quality of sires speaking for themselves," Mr Daw said.

"The Poll Merino were beautiful woolled sheep and with more marketing and proven performance I think the word will get out that these types of rams are what a lot of producers need.

"The Goerling family's breeding program is certainly heading in the right direction with a client base that is progressively growing from Ravensthorpe, Wongan Hills, Tammin, Bruce Rock, Dun Rock, Broome Hill, Woodaniling, Quindanning, Kojonup and Cowaramup."

It was an upstanding ram with plenty of frame, wool cut and style that caused the biggest bidding war in the shed between Dyson Jones representative Tim Chapman and top price bidder Dean Griffiths, Wongan Hills, who was purchasing on behalf of his neighbour David Millsteed, Mocardy Poll Merino stud.

When the final call was made the well-presented, June/July drop ram that displayed all the correct credentials reached the $5100 sale top and a new record price for the stud.

Mr Millsteed said it was the first time he had secured Lukin Springs genetics and the two heavy cutting, big framed rams are complete outcrosses and will be put to stud use.

"I took interest in these rams because they were from a quick maturing sire that had a heavy yearling weight," Mr Millsteed said.

"The Goerling family has been sourcing some great genetics from the East Coast and these rams are a good example of the type of progeny being produced."

Mr Imrie has been sourcing Lukin Springs genetics for 15 years and said he was chasing big framed rams with plenty of wool cut, bold crimp and style.

"The Poll Merino rams will be joined to my flock of 1000 Merino ewes," Mr Imrie said.

Boyup Brook enterprise Rylington Park secured six rams when it paid to a top of $1700 at an average of $1316, while new faces Bevan and Tammy Bignell bought two specially selected ram at $1600 and $1400 for Cherry Tree Estate, Kojonup.

There was a lot of talk about the evenness and outstanding quality of the terminal sires before the sale got underway and expectations didn't disappoint.

An eager group of buyers filled the White Suffolk lanes and from the initial call bids flew in thick and fast.

An early maturing, long bodied ram in Lot 107 attracted the most interest and was secured at the day's $2200 top price when it was bought by Tammin producer Des Tilbrook, CA & DA Tilbrook.

Mr Tilbrook purchased Merino rams from the stud almost 20 years ago and was back for a selection of four White Suffolk sires which he confidently bought at an average of $2050 for his Merino operation.

"I have decided to mate all 1000 ewes to terminal sires this year and so I was after the longer bodied rams with reasonable figures," Mr Tilbrook said.

"Their progeny will be marketed directly to WAMMCO and are sold in January and February averaging 26 kilograms dressed weight."

Volume buyer and loyal client Anthony Hallett, DM & JM Hallett, Boyup Brook, bid strongly on the White Suffolk rams to load 19 head on the back of his truck at a top of $2000 and a $1334 average.

Mr Hallett, who is a large prime lamb producer, runs 10,000 Merino ewes which are mated to White Suffolk and Poll Dorset rams.

"I always purchase terminal sires which are backed by strong genetics, have a good weaning weights and have big frames," Mr Hallett said.

"It's important the rams can produce lambs that grow fast and have weight behind them to meet market specifications."

Mr Hallett sells his prime lambs directly to V&V Walsh at the start of September through to December straight off mum at four to six months of age.

"We run 1800 Merino ewes and selected the Goerling's genetics for the first time because they have quality rams which are very well presented," Mr Li said.

Purchasing at the top end of the catalogue was Bridgetown producer HR & FA Gifford, when it selected four sires at a $1600 top and $1513 average, while DS Morgan & Co, Williams, which are familiar with Lukin Springs genetics, bought four strong preforming sires at an $1800 top and an average of $1675.