Pitch-forking sheaves of hay onto a trailer was part of the show.

Visitors literally saw hay being made while the sun shone

Helped by members of the Vintage Tractor & Machinery Association of WA (Tracmach), visitors literally saw hay being made while the sun shone.

After the binders made a pass, the cut sheaves were stooked and made into a hay stack. Cutting hay with a Sunshine Massey Harris binder (circa 1936). The sheaves were later stooked to build a hay stack.

A rare 1921 stationary engine function hay press also attracted the crowd as Tracmach members pitch-forked hay into the press while two others stood on opposite sides of the conveyor to tie-off the bales.

The newest baler in the working displays was a New Holland 317 (circa 1970s) while a McCormick Deering sickle mower attached to a 1931 McCormick Deering row crop tractor added to the action throughout the day.

There was an extensive range of vintage tractors and stationary engines on display. Chester Smith, Katanning with 'The Galloway Engine' (circa 1920s). Chester found it on a farm at Tincurrin and restored it to working order. Made in the United States, it was used for chaff cutting and driving a shearing plant. Kojonup collector Fred Rowe next to a Caterpillar 5U. "I used to drive the D2 4U on the farm along with a Cat D4 7U and a Cat D4D, which I used for contact work clearing land," he said. 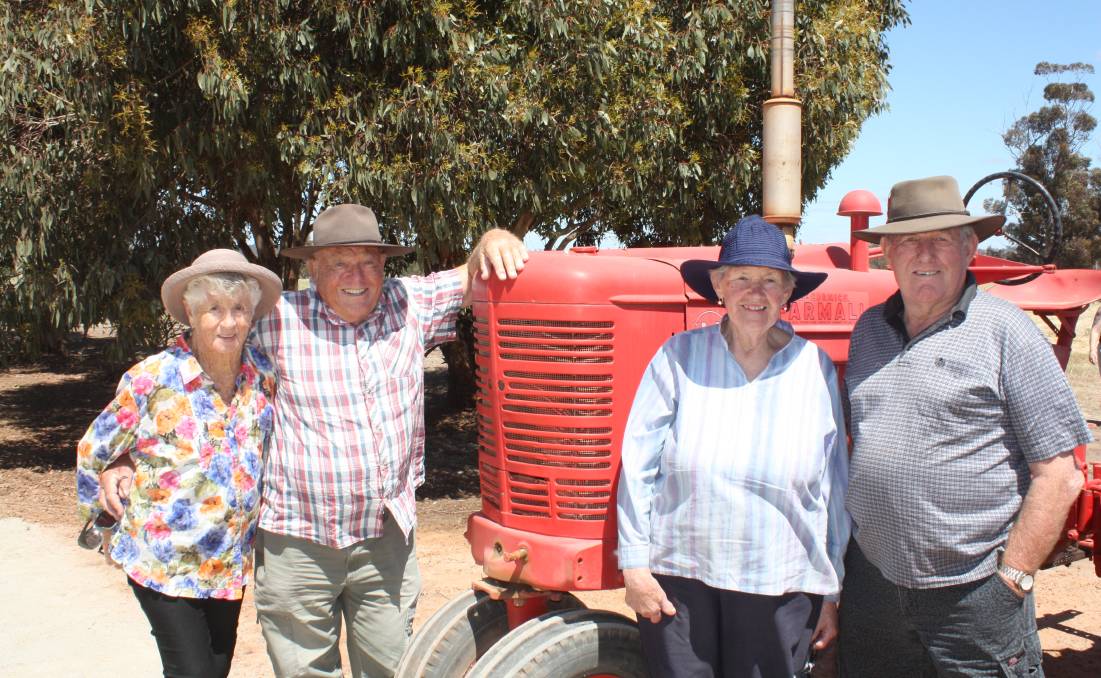 Admiring the Farmall M tractor were, from left, Ross and Verrell Pederson, Bridgetown and Gerald and Marjorie, Richings, Bridgetown. "I used to drive the H model in my time," Ross said. Stratton Goodall (left), Kojonup, and his son Travis brought along a selection of gear, including this 1926 International truck which Stratton bought at the late Tony Pailthorpe's auction at Benger in 1918. The International crawler, Travis' favourite, was bought from a bulldozing contractor and is still a "work in progress". "We like to display at local shows and we're building a museum at home," Stratton said. The were involved in a working display of Stratton's belt-driven stationary hay bale. Enjoying the day were Wagin locals, from left, Giana Toseska and her mother Diana, Blaze Barrett, Cveta Mangalavite and Anne Riseborough. The orange tractor is an Allis Chalmers model. David Graham, Collie, also was the recipient of donated parts for this 2.6 kiloWatt (3.5 horsepower) CS Lister stationary engine which he restored after a 40 year career in the local coal mines. "It was probably a pump motor in the old days," he said. "It had the valves re-seated, the head skimmed and the cylinder re-sleeved to the original size. It also had new main bearings, a fuel pump, fuel injector and seal kit." 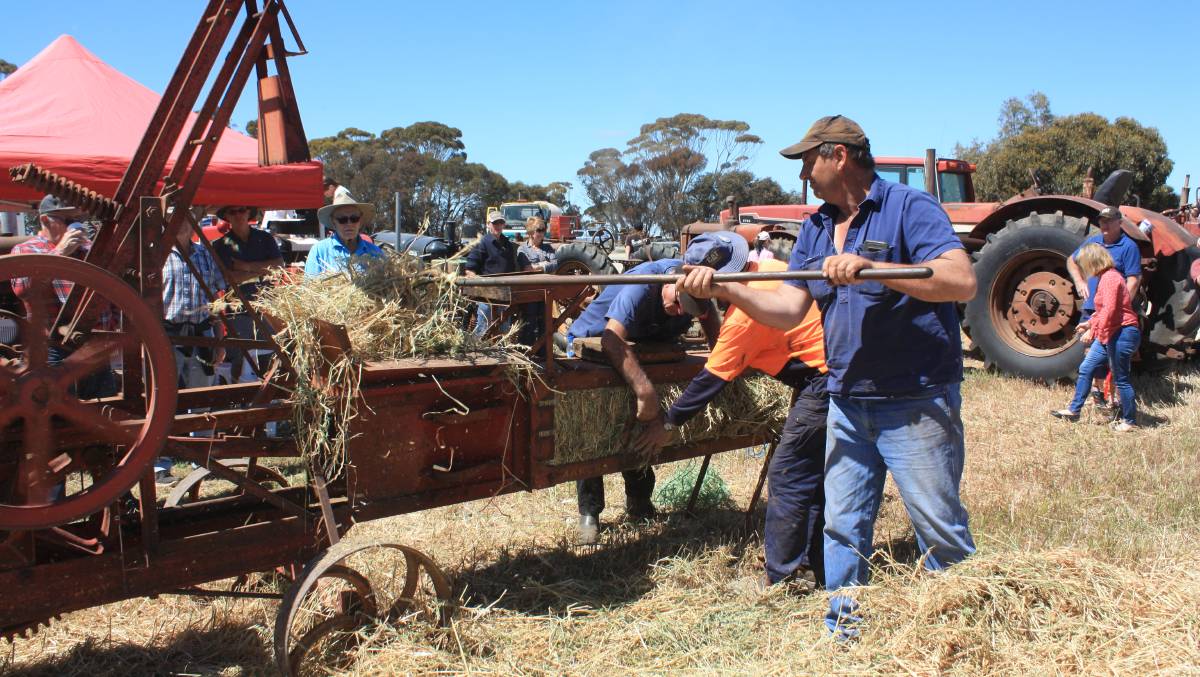 Wagin farmer Peter Spurr feeds hay into a rare 1921 stationary engine function hay press which required a person either side of the press to tie off bales, separated by wooden blocks.