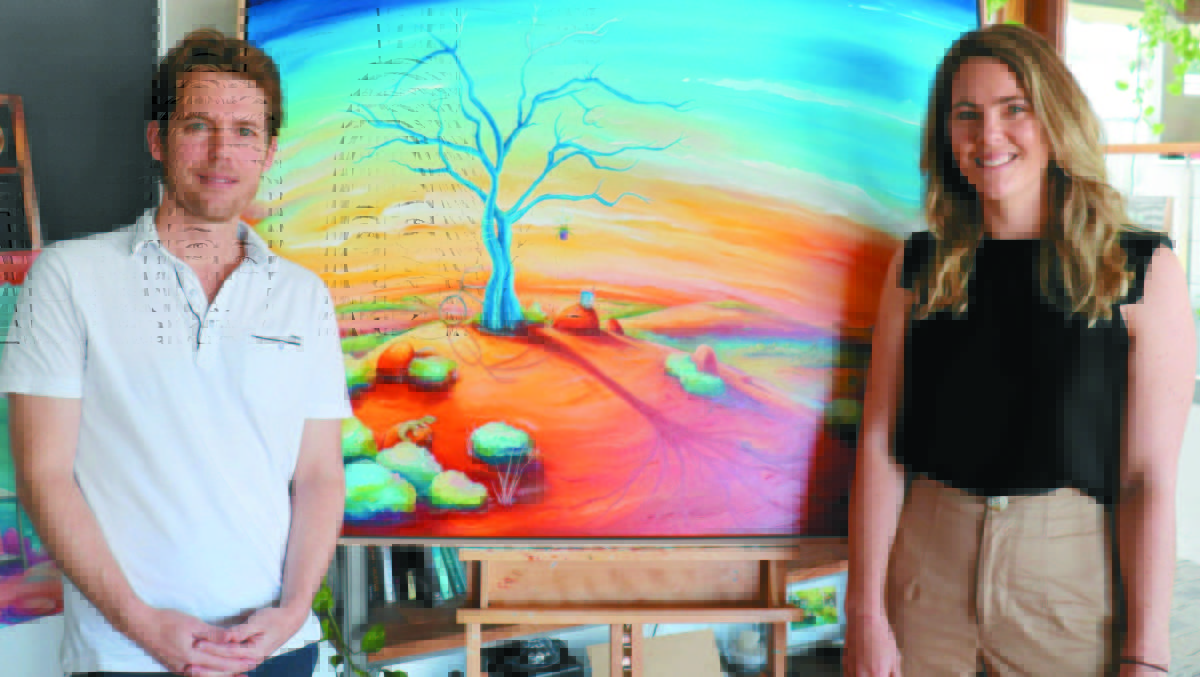 The Blue Tree Project continues to grow in popularity.

YOU never meet a strong person with an easy background.

Those are the words of Kendall Whyte, 27, who's brother Jayden, committed suicide in 2018 at the age of 29.

Following his death she founded the Blue Tree Project, a not-for-profit with a mission to "spark those difficult conversations and encourage people to speak up when battling mental health concerns".

The idea for the project came from Jayden painting a tree blue on his family's Mukinbudin farm as a practical joke with his friend Tjarda Tiedeken in 2014.

After Jayden's death the Whytes decided to repaint the tree blue to honour his memory.

And so the concept of painting trees blue to raise awareness about mental health began.

The Blue Tree Project continues to grow in popularity, with more than 600 blue trees registered with the project nationally and internationally.

Ms Whyte never anticipated the organisation's success, with its message already spreading to New Zealand, the United States, the United Kingdom and Europe.

"I had a bit of a pinch-me moment when my friend in America recently took a photo with a blue tree and sent it to me," Ms Whyte said.

"It's all really taken off through the power of social media.

"My brother was always such a big ideas guy and I knew he would make an impact in this world somehow, I just never thought that it would be like this." 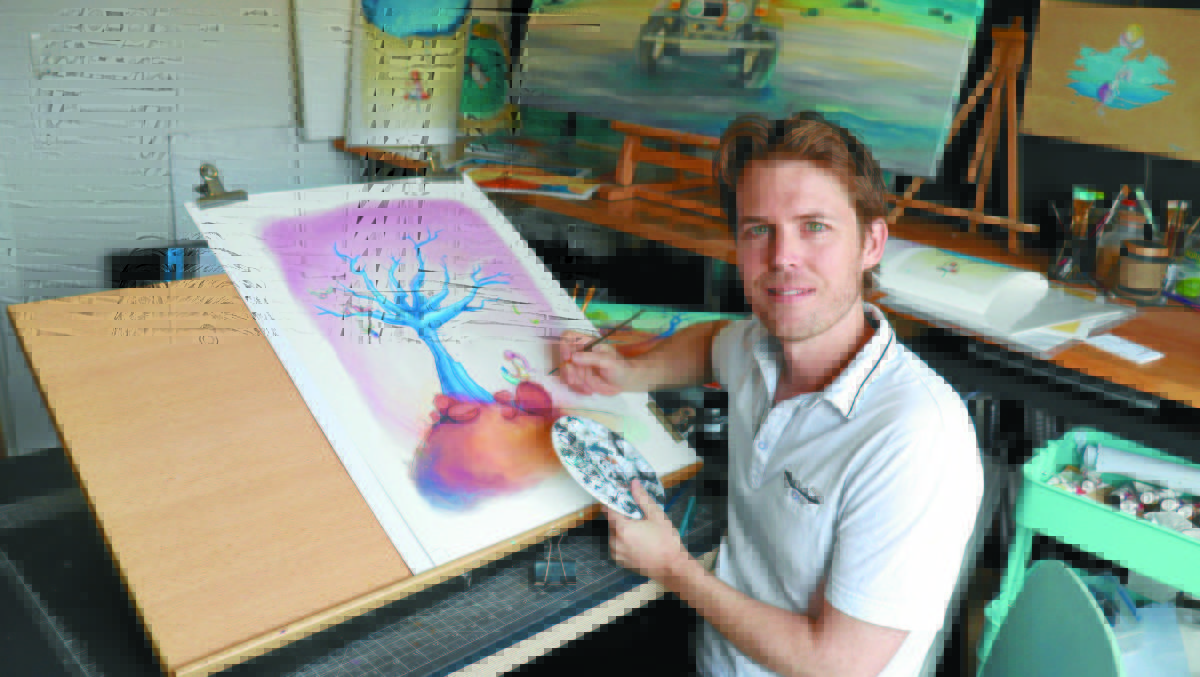 As the workload and momentum of the Blue Tree Project gradually increased, Ms Whyte made the decision to cut down to part-time hours in her job as a news editor at Seven West Media and eventually quit the role so that she could focus solely on the not-for-profit.

"The enquiries kept rolling in and I found it was taking up more and more of my time, to the point that now my role is paid by supporting businesses," Ms Whyte said.

"None of my wage comes out of our donations, which was an important point for me."

With much of the project's work dependent on activations at events such as Dowerin GWN7 Machinery Field Days and the Perth Royal Show, the initial impact of COVID-19 sent Ms Whyte's plans for the Blue Tree Project this year into disarray.

However she quickly found a silver lining, using the time in which she would usually be speaking and showcasing the charity at events to instead build online content for the project.

"It also made people a bit more inventive in how they fundraised for the cause, with volunteers holding dress-up days and high teas," Ms Whyte said.

"Recently six cyclists also rode 2258 kilometres from Perth to Telfer to raise funds for the Blue Tree Project, the WACA Disability Club and Beyond Blue, raising $80,000 for the three organisations.

"There are so many different avenues for people to get involved if you have a look at our website."

One such avenue became possible due to a twist of fate, when Jess Brunner who works at Bailiwick Legal (which specialises in agribusiness), decided to connect Ms Whyte with artist Peter Ryan to see if they could do a special collaboration for the Blue Tree Project.

"I was thinking of ways in which Kendall could have a longer-term funding model for the project and I had been talking to Peter and buying his work, so it was just one of those 'ah hah' moments that he should do some paintings for the Blue Tree Project," Ms Brunner said.

"When you're fundraising, I think people appreciate it when they have something tangible they can keep, or perhaps even gift to someone," Ms Brunner said.

"He's done such an incredible job of presenting a topic that is quite heart-wrenching but still making it feel like there's a pathway forward."

No stranger to anguish himself, Mr Ryan decided to become a full-time artist so that he could look after one of his twin daughters, Skye, when she was diagnosed with leukemia at just three years old.

"She is a twin with our other little girl Asha and they had about two inches difference in height at one point because of all the treatment Skye had to go through," Mr Ryan said.

"Fortunately Skye made a full recovery.

"In an exhibition last year, I painted a special piece inspired by Skye which was auctioned and raised $4500 for the Leukemia Foundation on the opening night."

However, speaking to Ripe the week before the Blue Tree Project exhibition, Mr Ryan said the project had the most complex design process of his career so far.

"We did about 10 designs all up and with each one something new came out of it," he said.

"A lot of the starting photos were from the original blue tree on Kendall's farm, so I combined those photos with the vibrant colours of the Australian outback and then incorporated my own style.

"It was nice having Jess and Kendall to bounce ideas off and it was a real collaborative effort."

With his family also having been impacted by suicide when his father-in-law took his own life on the same day as his twin daughters' birthday, Mr Ryan said he had drawn on that experience and emotion as well.

"Dealing with such an important and heavy topic, I wanted to be really careful about how everyone perceived the paintings.

"I like to create art that inspires joyous and uplifting feelings, and sometimes I achieve that by creating a story within the painting, sometimes by the colours I use, and sometimes through a combination of the two.

"It's very different when you're doing your own personal story for your paintings compared to something that is personal for everyone, so it was really tricky but very rewarding."

The exhibition included a big 'hero' piece, which is based on the original blue tree that Jayden painted on his family's farm, as well as a set number of limited edition prints in varying sizes. 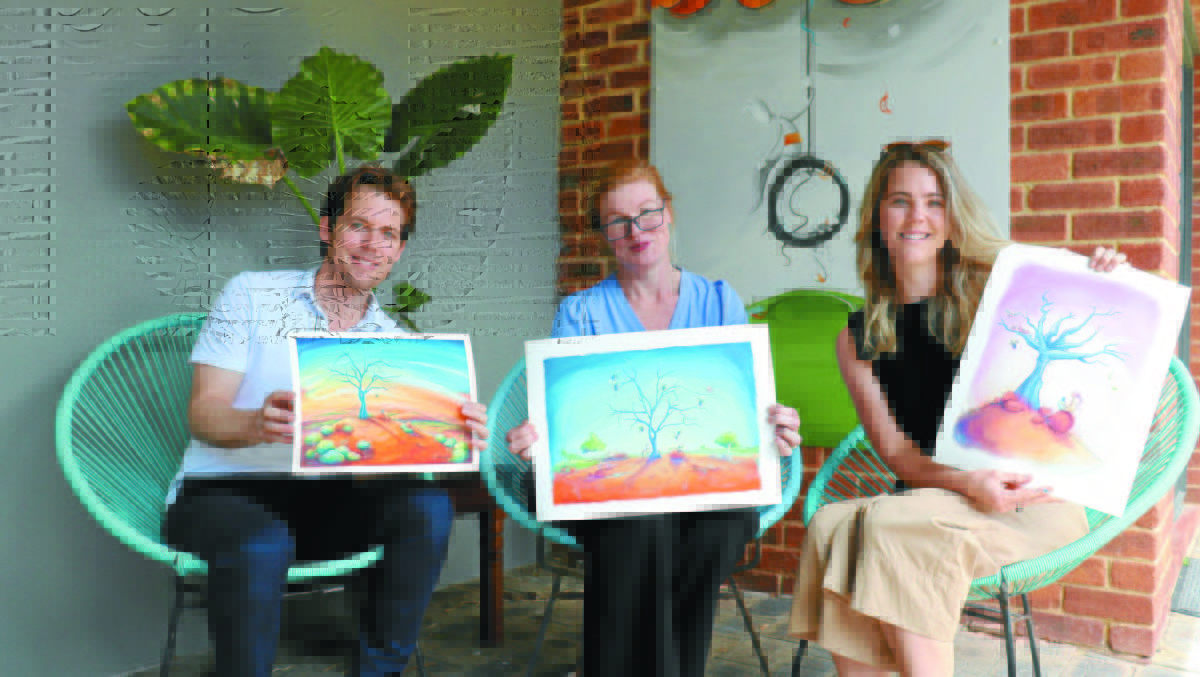 "Buyers have the option to have them hand embellished, so they can have some original content in their painting to make it a bit more personal if they choose," Mr Ryan said.

"Because the process had so many design elements I did a lot of pencil sketches which we're going to sell at the exhibition as well."

An ongoing fundraising appeal, people will also be able to order the smaller prints online.

Going forward, Ms Whyte said the Blue Tree Project would have a greater focus on building mental health programs that can be used in schools to encourage young people to start conversations about their mental health earlier and help kick any of its associated stigmas.

"We will still be activating at events like Dowerin Field Days and the Perth Royal Show because the engagement and reach at those events is really special, but we will also be drawing a lot more of our focus to youth and our schools," Ms Whyte said.

"We already have lots of schools that are already getting involved in their own way.

"A kindergarten in Queensland recently painted a tree stump blue and if the kids were feeling a little bit sad, lonely, or not well they would go sit on this stump so their friends and teachers would know.

"So it's a really great way to teach kids that it's okay to tell people how you're feeling."

The Blue Tree Project is also hoping to collaborate with other organisations that specialise in mental health such as Zero to Hero, Youth Focus and Headspace, to help further their reach and engagement.

"We've created this presence and have this social following now and with that comes responsibility," Ms Whyte said.

"But from speaking at events and to so many different people, time and time again I've seen if you are vulnerable and share your struggles very authentically, it inspires and empowers others to do the same.

"After losing Jayden, all we wanted was for him to have talked to us as we would have all been there for him - so we want to encourage people to speak up and know they can talk to people in their communities.

"I call upon everyone to do that and hopefully we can break down those barriers together."