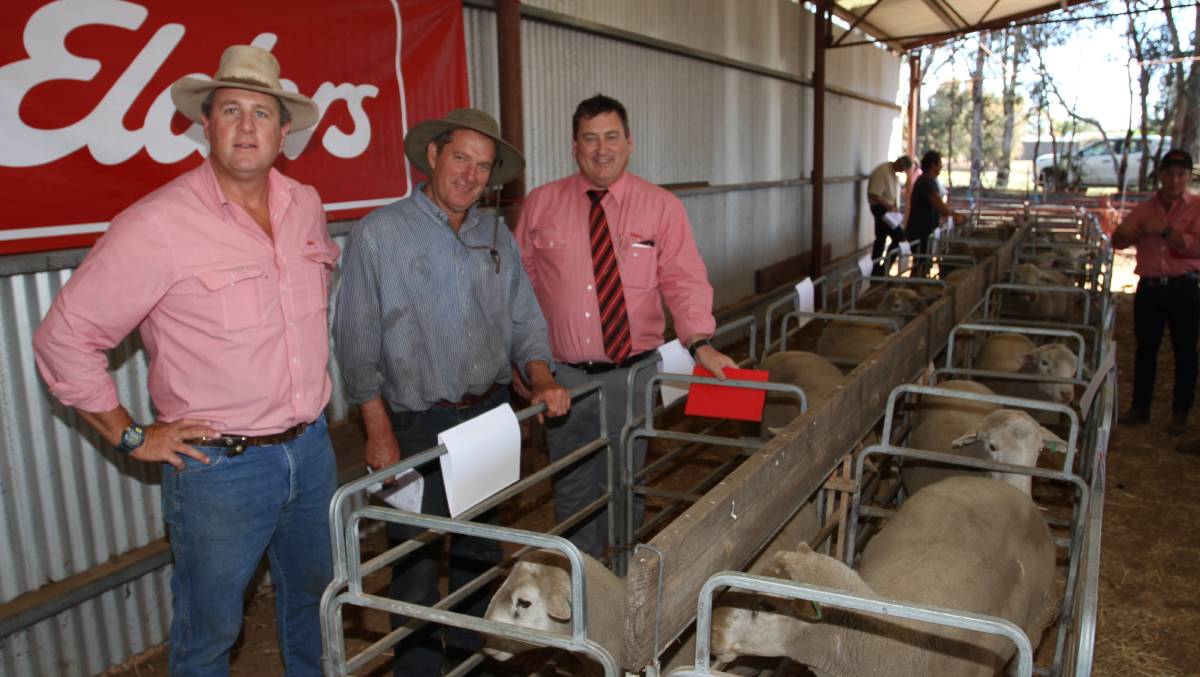 An even catalogue of well-bred & grown & extensively measured terminal sires was offered.

The stud's loyal long-term following joined a couple of new prospective buyers on the register with strong support coming from local and surrounding areas and further afield to the South West and Central Midlands.

This saw a good crowd turn out to the Darkan ram pavilion and with a few significant orders to be filled by agents, buyers upped their bidding ante to source their pre-mating sire requirements for their respective prime lamb enterprises.

At the completion of selling, the Elders selling team led by auctioneering duo Nathan King and James Culleton had no problem notching up a total clearance of the increased offering of 138 rams at auction at an average of $1071.

Values were also up slightly with a $33 jump in average from last year's sale where a complete clearance of 132 rams sold under the hammer to average $1038. 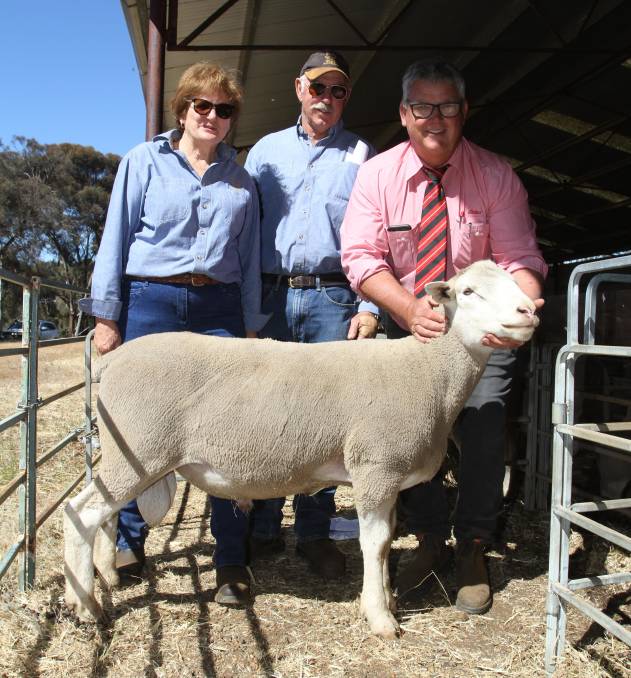 Mr Peake said the ram will go into the Worgan family's nucleus breeding program to breed flock rams for their own commercial use.

This was only the start for Mr Peake's buying responsibilities.

Armed with a significant order to fill for return buyers KD Power Pastoral Company's Boyup Brook operation, Mr Peake collected a team of 21 rams paying between $800 and $1300 to be among the sale's volume buyers.

But this still wasn't enough to trump another big order for return buyer Taylor Holdings Pty Ltd, Darkan, with Elders stud stock manager Tim Spicer building a team of 23 rams for this account costing from $800 to $1150.

Glenbrook buyer of more than 10 years Duncan South, DP South & Co, Darkan, returned to stock up with another large team of 19 rams at the sale.

Mr South operated at all values between $800 and $1350 and said they are planning to join 4000 Merino ewes to White Suffolk rams in the coming joining period.

The South family's ewe flock commence lambing on June 20 with the first drafts of sucker lambs sold at the end of October at around the 45kg liveweight.

The balance of the lambs are weaned at this time and finished on standing lupin crops to be turned off later in the year or into January depending on the season.

Mr Duncan said the Glenbrook rams are good types and proven performers with their lambs always growing out well.

He said while rainfall has been down on normal years, they couldn't complain about the season.

"We had a good early start and spring was dry but we have been getting just enough to keep things ticking along," Mr Duncan said.

"We have had no run off but the quality of the feed is good and the sheep have done well."

Another decade-long Glenbrook client Michael and Teleah Hulse, M Hulse & Co, Darkan, stocked up with a team of eight rams at the sale paying from $1150 to $1350 for their selections.

The mid-May-drop sucker lambs are sold to the processing or store market depending on the season with this year's lambs targeted at a 40-45kg liveweight and 18-22kg dressed weight turnoff weights.

Mr Hulse said the Glenbrook White Suffolk sired prime lambs are early maturing and can be turned off early with plenty of weight.

Elders Narrogin agent Paul Keppel representing return buyers the Watts family, Gnaring Pastoral Company, Wandering, outlaid a healthy average of $1217 for a team of nine rams and paid to the sale's $1500 second top price for another high growth May 2019-twin drop son of 170119 with the 109kg ram ranking in the top 3-4pc for WWT and PWWT at 11.8 and 18 respectively.

The Goss family, Brookside Farming Pty Ltd, Darkan, averaged $1360 on their way to collecting five rams and bid to the sale's next highest price of $1450 for a 110kg moderate birthweight ram in lot 33 that was sired by Glenbrook 170234.