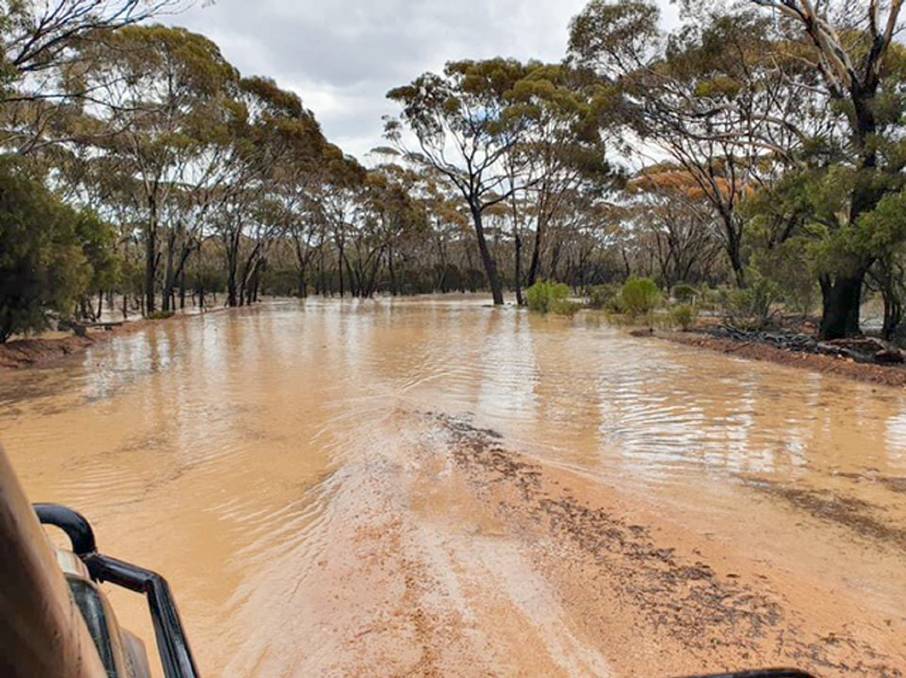 "What we would have given for that in September - so cruel."

SHOWERS and thunderstorms have been forecast for the remainder of the week across parts of the South West Land Division after the Bureau of Meteorology (BoM) issued a severe thunderstorm warning on Monday.

BoM said the wet weather was caused by a "complex low pressure system" that passed over the region with some areas in the eastern Wheatbelt and south west Goldfields district, from Salmon Gums in the south to Menzies in the north, expected to receive "damaging winds and heavy rainfall which may lead to flash flooding and large hailstones".

Farmers across the Wheatbelt took to social media reporting a fair amount of rain that they wished they had received a few weeks ago before harvest started.

Samantha Huckstep said they had 13mm at North Beacon, which was an "insult, rain could have happened back in September".

Michelle Faulkner said the 25mm of rain was "unbelievable" and it was still raining.

"What we would have given for that in September.

Many posts just reported the results, such as Chloe Brennan, who said she had 24mm at Moonyoonooka, while others such as Ben Creek, Mayanup, south Boyup Brook, took a more positive approach saying 12.5mm would "get the sorghum cranking".

It all depended on where people were located and what their operations involved and at what stage they were at with harvest.

Some said while it was bad timing if it did continue to rain they hoped it would fill the dams and set them up for the rest of summer.

According to BoM, some areas such as Bonnie Rock recorded more than 30 millimetres in between Sunday and Tuesday morning, while Merredin recorded 34mm and Redlands 24mm.

On Tuesday morning Jerramungup had recorded 24mm, Esperance recorded 42mm, and areas inside the warning zone such as Salmon Gums had 33mm.